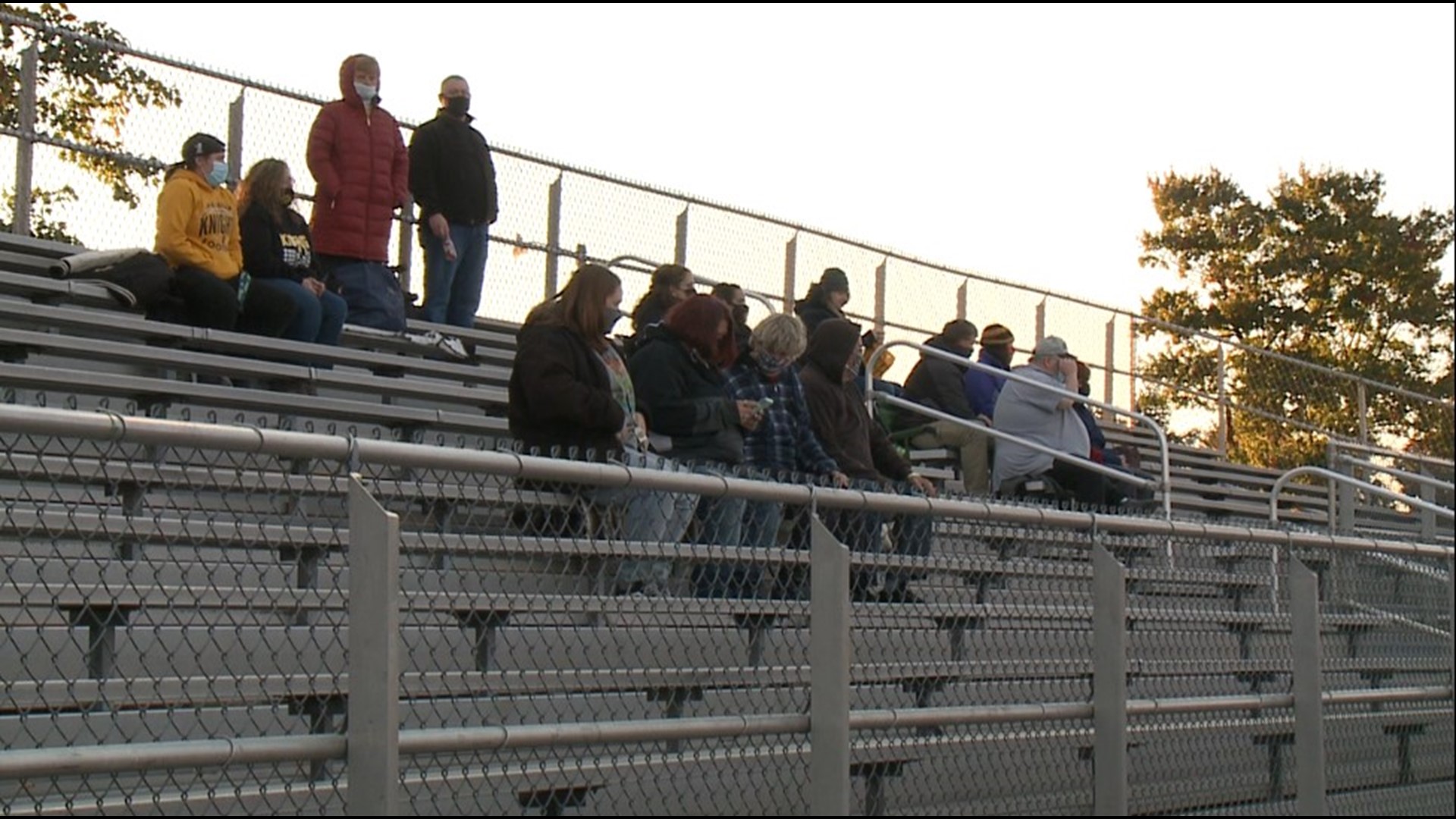 LUZERNE COUNTY, Pa. — Another Friday night brought another night of high school football and another flip flop on attendance limits for fans.

One school in Luzerne County stuck with its original plan to allow hundreds of people inside the stadium to watch.

The crowd roared as Lake-Lehman rushed down the field for a touchdown against Dallas.

Superintendent James McGovern said 350 tickets were made available for the game between the Black Knights and the Mountaineers. Technically, that's over the state's limit of 250 people for outdoor events. After weeks of confusion and back and forth, no one is really sure.

"We've been through a lot the last few months and to have the support here for the boys I think is going to do them a lot of good," Tracy Manzoni, parent of a Lake-Lehman football player said.

This game comes just one day after a federal appeals court temporarily reinstated the governor's restrictions on outdoor gatherings to more than 250 people.

Last week, before that court ruling, the PIAA said school districts could decide crowd sizes for themselves.

Dallas parent Rich Wydra is tired of the constant back and forth.

"It basically goes hour by hour. One day it's something. Last week we were told four hours before kickoff we were allowed to come to the game. So you just never know," Wydra said.

The superintendent said the school district came up with its safety plans for this game last week. It practiced those plans and decided to stick with them.

The school set up different zones for the visiting team and the home team, making sure people spread out as much as possible.

"Lehman has done an excellent job making sure social distancing is happening. People are wearing masks and they're being respectful of that," Christine Napierkowski, parent of a Lake-Lehman football player, said.

Governor Tom Wolf said he is working with school districts to come up with a plan that everyone can live with. Meanwhile, the current restrictions are still being challenged in court and could be changed yet again.