The Luzerne County Animal Response Team started a pet food pantry because of the pandemic. This month, thousands of dollars worth of supplies were stolen. 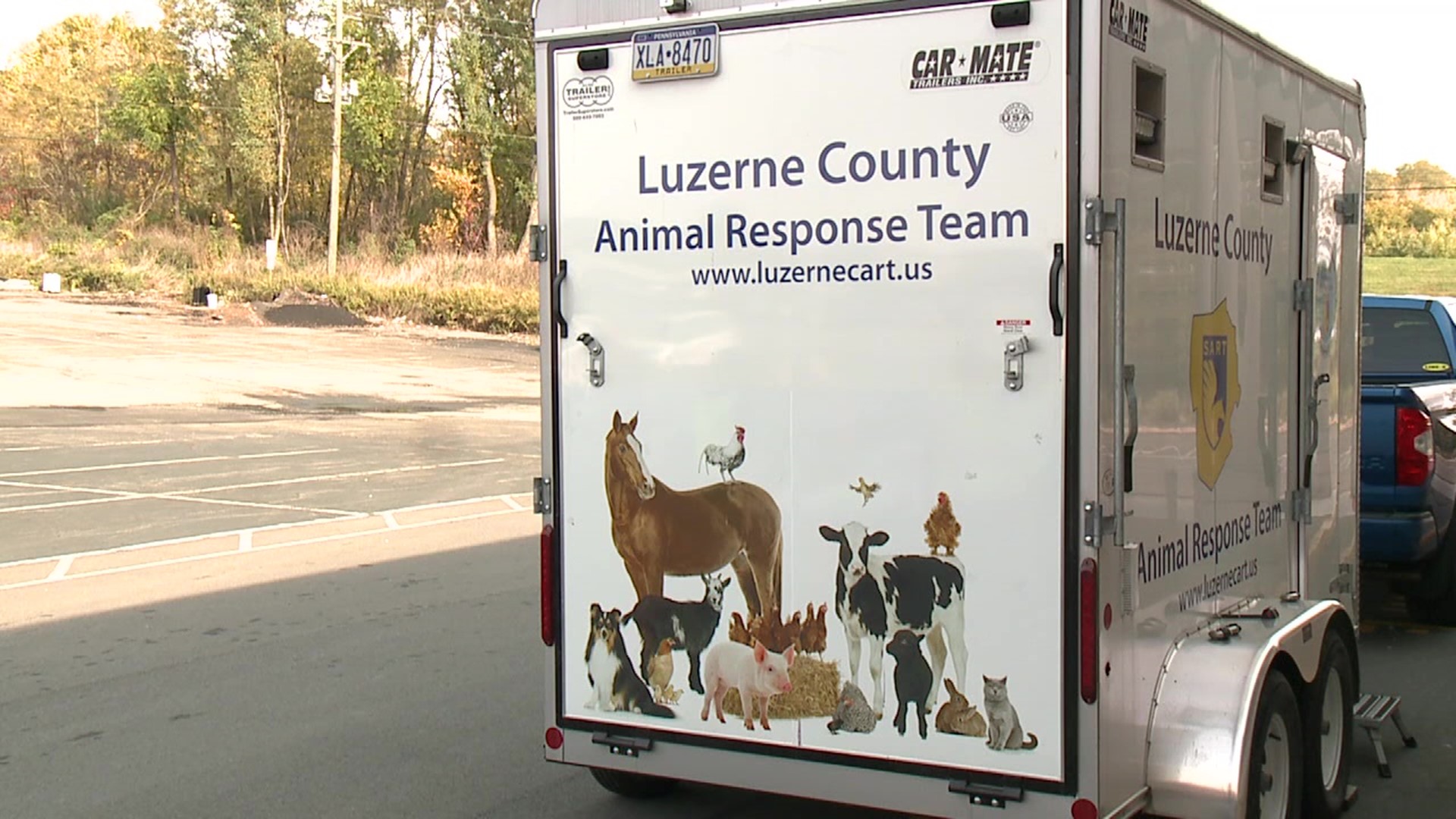 "Normally, what we do, before the pandemic, we would help house fire victims. If somebody's in a car accident, say there's a flood, we would open up an animal emergency response shelter. Just like the Red Cross does for people, we do the same for animals," explained Morgan-Chopick.

Since the pandemic started, team members expanded their efforts and now collect and distribute pet food and supplies to people who need help during the pandemic. Newswatch 16 was at one of its pet food distribution the organization held in Wyoming back in October.

"When COVID really started to hit, I saw all these people food pantries popping up, but there was nothing really out there for pets, and we're all about the animals with Luzerne County Animal Response Team, so I decided to start our own pet food pantry to help people in need with food for their pets," added Morgan-Chopick.

But this week, Tracey discovered the place where she stores the food for these distributions had been broken into, and thousands of dollars' worth of pet food, treats, and kitty litter was stolen.

She and other volunteers with the nonprofit are trying to recoup the losses, so they can still provide a much-needed service to pet owners in Luzerne County.

"I opened those doors, and I immediately knew we were robbed, and it was just so disheartening, and I was honestly in disbelief someone would actually do that," added Morgan-Chopick.

If you have any information about the theft, you are asked to contact police in Kingston. Meanwhile, if you would like to help the Luzerne County Animal Response Team replenish their pet food pantry, you can find information on how to do so here.