WILKES-BARRE TOWNSHIP, Pa. — With all the severe weather this week, memes started popping up on social media celebrating a flower tent in Luzerne County. ... 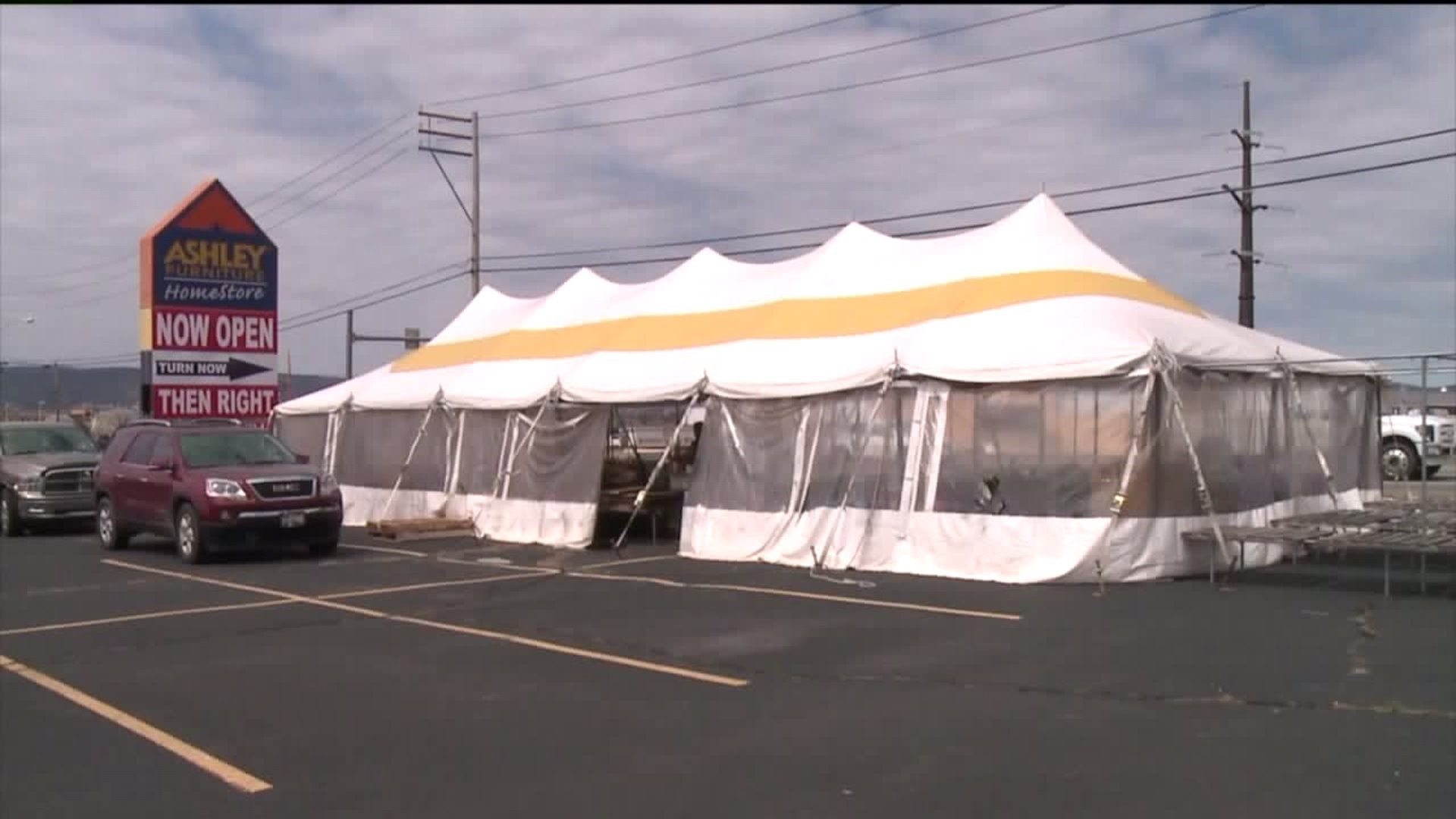 WILKES-BARRE TOWNSHIP, Pa. -- With all the severe weather this week, memes started popping up on social media celebrating a flower tent in Luzerne County. It survived a tornado that hit the county's busiest shopping district in June and destroyed businesses all around it.

The meme has been spreading around social media throughout the week.

"We saw the one with Arnold Schwarzenegger and his machine gun saying, 'Get to the tent!'" said manager Robert Letinski.

It's referring to the flower tent in Wilkes-Barre Township run by Robert Letinski. When a tornado hit the township last June destroying many businesses in the area, his flower tent remained unharmed.

So now, the area has made a joke of it.

"That's what the joke has been going around is that if you have a problem and the weather's getting bad, run to the flower tent."

Wilkes-Barre Township police even posted this meme to its Facebook page on Monday after another round of severe weather came through our area marking themselves safe at the flower tent.

Letinski doesn't mind the jokes. He welcomes anyone to his tent, but for a price.

While the manager of the flower tent tells us he has enjoyed the jokes posted to the internet this week, he says he does miss the businesses that used to be around the tent.

"There were a lot of stores that we knew the people of. The guitar store, there was a great restaurant over in the corner. I used to be able to buy lunch for the kids when we were over there, so they're missing. There was a pretty big mess around here. Yeah, lot of people lost a lot of their business," Letinski said.

The flower tent will be closed for on Easter Sunday but will reopen and stay open until the first week of July. He says he can't guarantee he'll be open during any storms.