WILKES-BARRE, Pa. — Heavy rainfall caused flooding inside of Holy Redeemer High School in Wilkes-Barre. Students had to be released early because water ca... 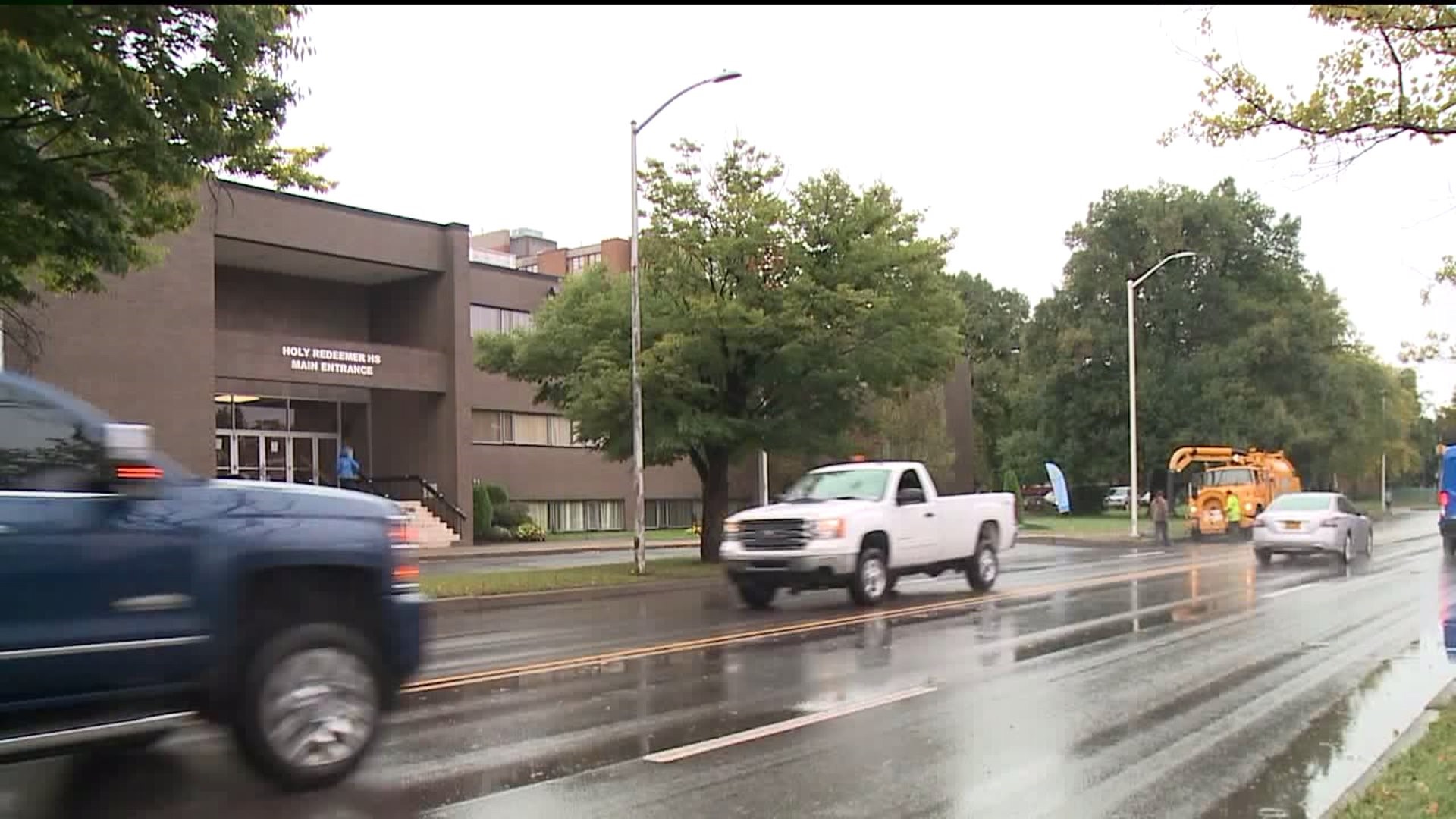 Students had to be released early because water came into the lower portion of the school where there are some classrooms and a cafeteria. A spokesperson for the school tells Newswatch 16 work has started to clean up the school.

Holy Redeemer will be closed Friday. It is expected to reopen on Monday.

Other section of Wilkes-Barre were also affected by flooding from the heavy rainfall.

A part of North Washington Street near Dan Flood Elementary School had to be closed because of flooding.
firefighters worked to clear storm drains.

In the Goose Island neighborhood of Wilkes-Barre, we found a city truck parked on top of a manhole with water bubbling out.

Down the street, we spoke to Dawn Shellhammer. She said raw sewage flooded her basement for the second time this year.

"We had the same raw sewage flood in the end of July," Shellhammer said. "It was a lot worse than this, but my basement fills and ruins everything."

The city of Wilkes-Barre is helping her clean up the mess in her basement on Schuler Street.

"It's possible that I will have to leave because I can't continue to go through this," Shellhammer said.