EXETER, Pa. — Construction came to a halt when rain runoff flooded the work site on the Route 92 bridge in Exeter. “It kind of sneaked up on the guy... 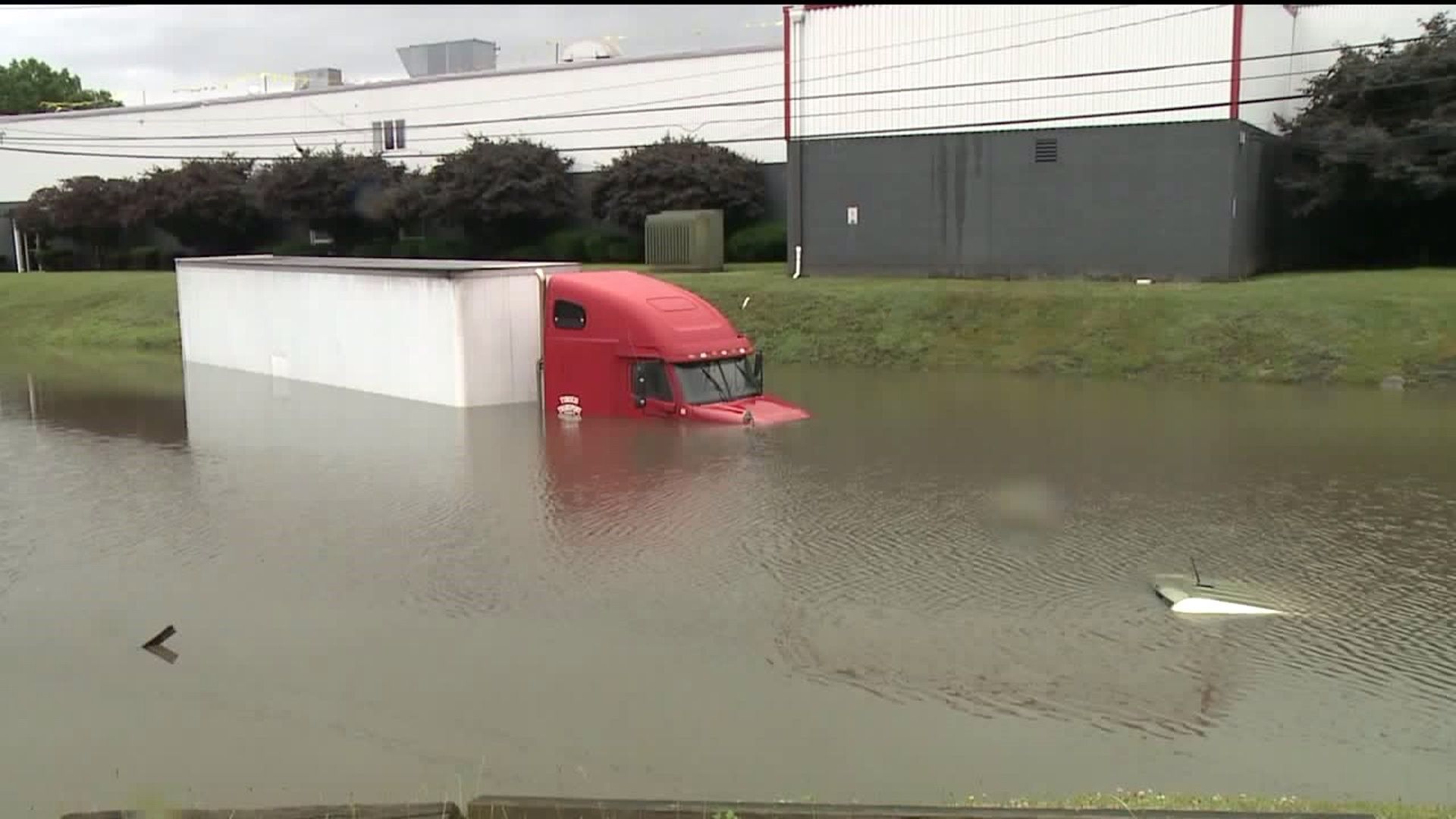 EXETER, Pa. -- Construction came to a halt when rain runoff flooded the work site on the Route 92 bridge in Exeter.

"It kind of sneaked up on the guys, you know? They had the machines in there over the weekend and they didn't anticipate that the water was going to come up that fast. Oops, it's what happened," said Rick Lizza, Lizza's Auto Service.

A flooded mini excavator and a submerged Bobcat are just some of the problems the crews are dealing with in Hicks Creek.

"They've just been waiting for it to go down so they can salvage what's salvageable," Lizza added.

Lizza hopes for the sake of his business and his neighbors this doesn't add too much of a delay to the project's timeline.

"I think it's gonna be probably at least a week back because they're gonna have to build a better dam in case it rains again because it's going to happen again," Lizza said.

In Pittston Township, work was interrupted for two plants when the road flooded near their entryways.

A green SUV and a tractor-trailer were both caught in the water on Oak Street.

"I'm glad that I heard everybody got out safe, you know, no one was injured," said Frankie Sellers from Texas.

Witnesses tell Newswatch 16 no one was hurt inside the vehicles, but the driver of the tractor-trailer needed to be rescued.

"When the car sits that low and your truck sits a little bit higher, it's not that much higher so you probably still shouldn't be driving through it," Sellers said.