Five Years Since Ciavarella and Conahan were Charged

Sunday marked the anniversary of a huge scandal that rocked northeastern and central Pennsylvania and made headlines across the country. It was five years ago t... 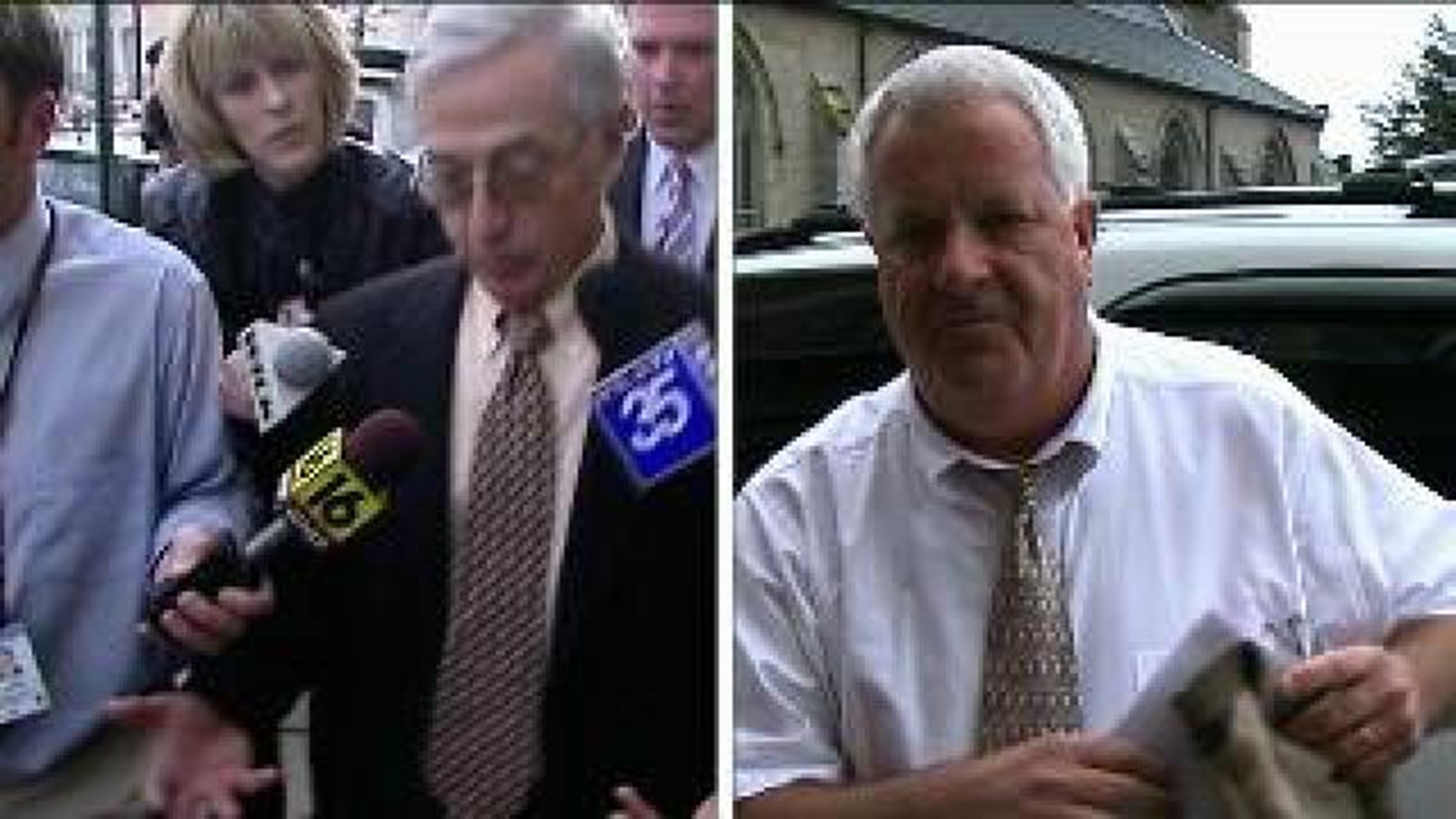 Sunday marked the anniversary of a huge scandal that rocked northeastern and central Pennsylvania and made headlines across the country.

It was five years ago that two Luzerne County judges were charged with taking money to send children to a juvenile detention facility near Pittston.

On January 26, 2009 an announcement came about the indictment of two judges and the start of a sequence of corruption arrests that rocked the Luzerne County Courthouse and beyond.

The feds accused President Judge Mark Ciavarella and former President Judge Michael Conahan of taking $2.6 million from the operators of a juvenile detention facility near Pittston to keep it in operation and keep juvenile defendants filling the beds there.

It became known as "Kids for Cash."

"The behavior filed in the charges today represents a flagrant abuse of the public trust of all citizens in Luzerne County and honest taxpayers everywhere," said Leslie Demarco back in 2009, IRS special agent.

We started to hear stories of Ciavarella putting kids behind bars for minor crimes.

Parents were thrilled Ciavarella and Conahan agreed to plead guilty.

Both originally agreed to spend seven years in prison, but then Ciavarella talked exclusively with Newswatch 16.

"I loved the juvenile court, I loved helping those kids. I would never do anything to hurt a child, that's just not what I do. That's not me. I was always there for those kids. I resent the fact that people think I did something improper. I didn't do anything improper when it came to the care of those kids," said Ciavarella in July of 2009.

Days after that interview, a federal judge rejected the guilty pleas of Ciavarella and Conahan, saying their behavior didn't really accept guilt.

Conahan went on to plead guilty again, but Ciavarella went to trial in 2011, deciding to fight the charges against him, a fight that failed.

It was quite a scene outside federal court the day a jury convicted Ciavarella on charges including racketeering and money laundering. He was met by the mom of a boy he sentenced years before.

As Ciavarella left court a guilty man, he still insisted this was never about kids for cash.

Absolutely never took a dime to send a kid to jail. If that was the case, don't you think the government would have put that case on? Never ever happened," said Ciavarella.

As he was hauled away in a van to spend decades in prison, the kids he once sent away, spoke out.

"It's sad he still can't admit to it, he's still saying everyone's wrong, like he's not admitting to what he did."

"We apologized to him, he didn't care what we said. No one cares what he says."

Those kids got the final word as two once powerful Luzerne County judges were put away.