Fish Killed off by Winter

SWEET VALLEY — Evidence of how brutal this winter was is showing up at ponds in Pennsylvania, including one in Luzerne County. Pennsylvania’s Fish a... 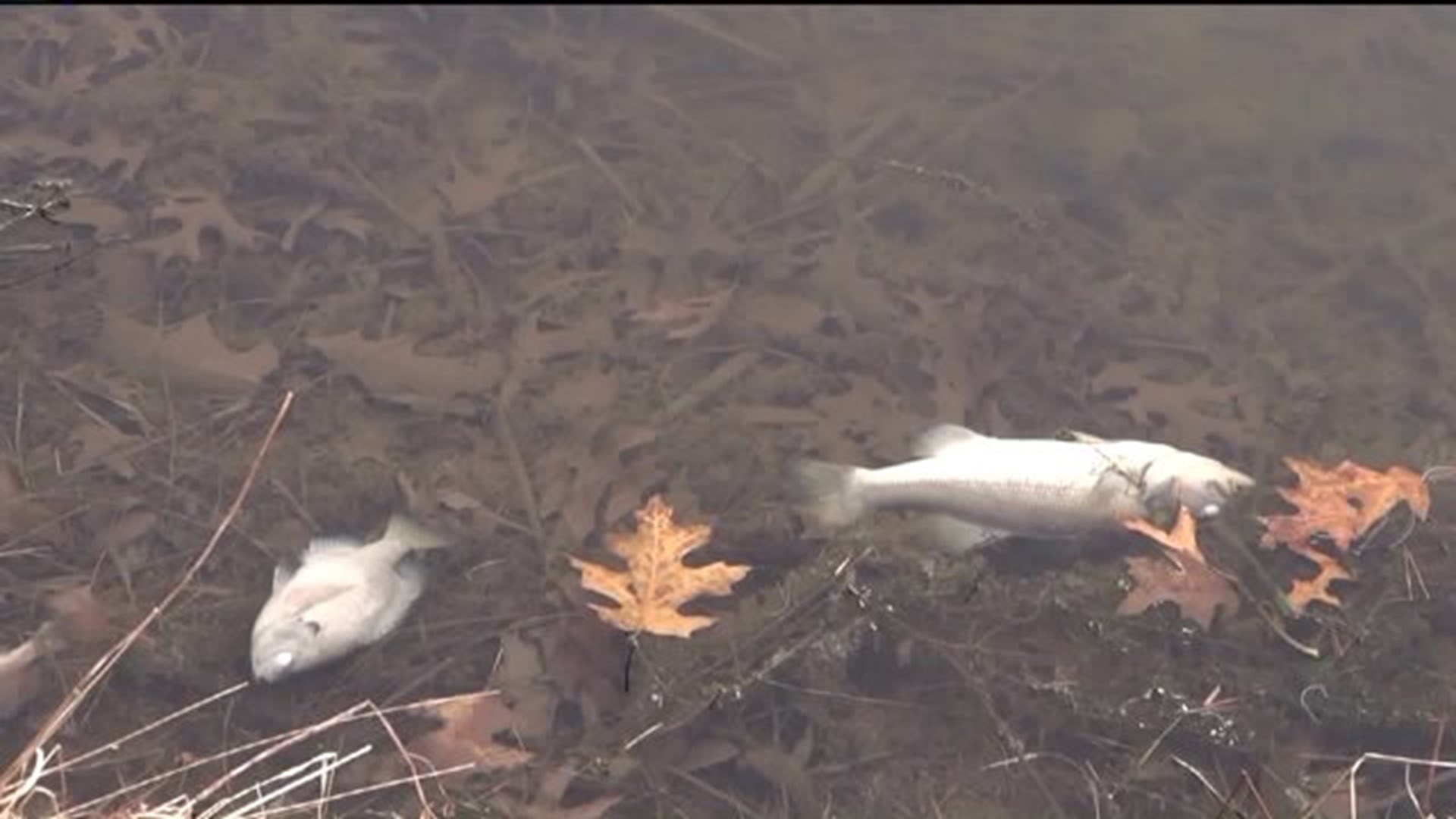 SWEET VALLEY -- Evidence of how brutal this winter was is showing up at ponds in Pennsylvania, including one in Luzerne County.

Pennsylvania's Fish and Boat Commission says the bitterly cold winter killed off nearly the entire fish population at Harris Pond in Sweet Valley. Harris Pond is a popular fishing spot for those who live in and around the Sweet Valley area of Luzerne County.

"That`s bad. That`s terrible. A lot of people fish in there. The public fishes there a lot," said John Kobal of Sweet Valley.

Hundreds of dead fish have already been cleared from the pond, but if you walk along the water`s edge more are still surfacing.

Harris Pond isn't the only place  dealing with  dead fish.

"My buddy he has a little pond and all his fish died. It`s small. That`s the first I heard and then down at Harris Pond," Kobal added.

The Pennsylvania Fish and Boat Commission says it has received more than 100 phone calls about ponds filled with dead fish throughout the northeastern part of the state.

"It happens in shallow ponds when we have severe winters. Basically all the oxygen gets used up and the fish die," said Robert Wnuk with the Pennsylvania Fish and Boat Commission.

Wnuk added that it`s known as a "winter kill," and it`s something they`ve dealt with before.

"It doesn`t happen a lot, only when we get these really severe winters when you have really prolonged ice and snow cover. That`s what keeps the pond from replenishing the oxygen," Wnuk added.

The Fish and Boat Commission will restock ponds, like Harris Pond, in the summer. However it says it will take years for the fish population to return to what it once was.