LUZERNE COUNTY, Pa. — The conviction and sentencing of Preston Bonnett for setting a deadly fire in Laflin in 2017 brought back difficult memories for par... 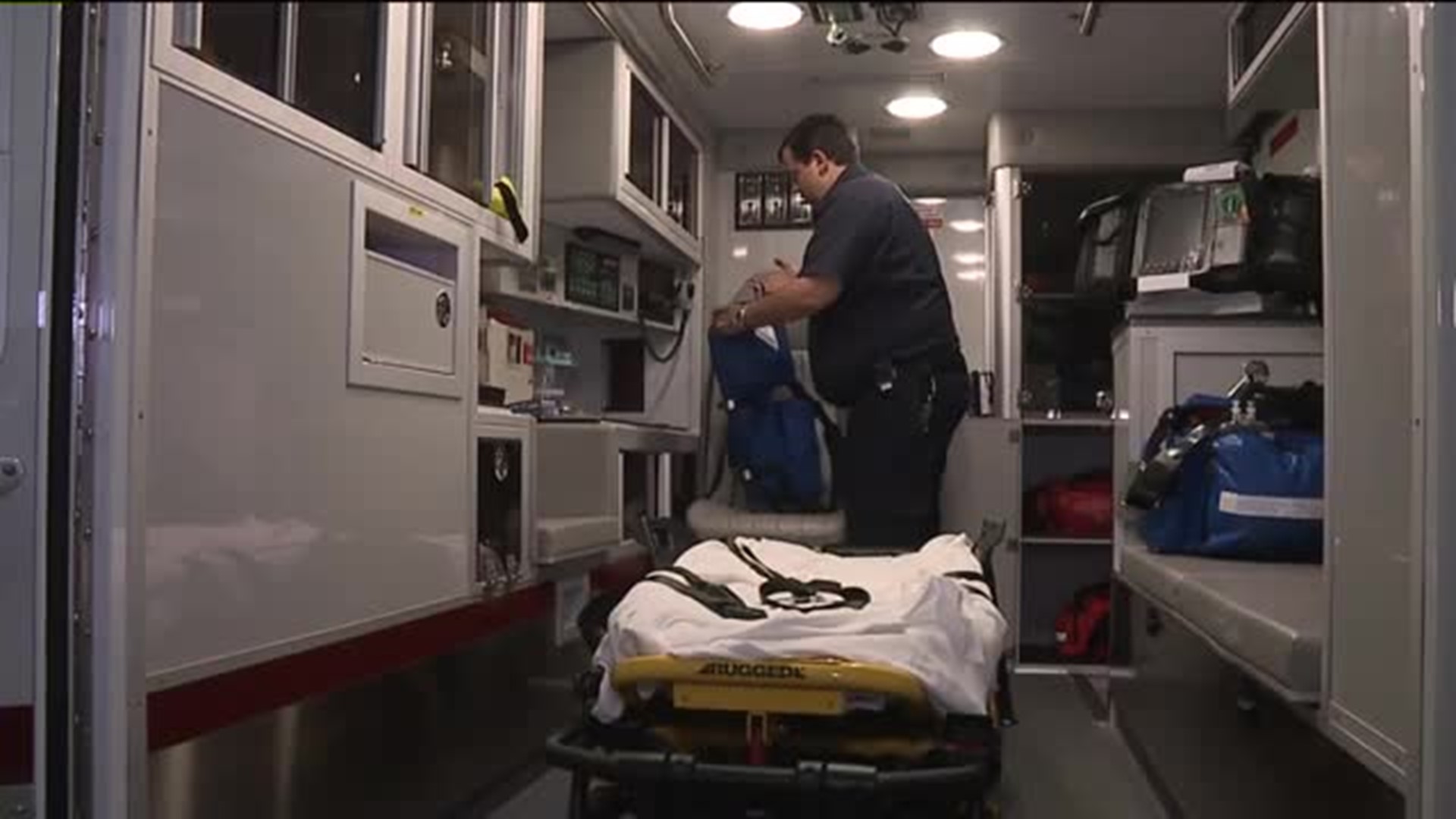 LUZERNE COUNTY, Pa. -- The conviction and sentencing of Preston Bonnett for setting a deadly fire in Laflin in 2017 brought back difficult memories for paramedics and firefighters who responded to the scene.

They are opening up about their lifesaving efforts and the challenges of coping with the tragedy they witnessed.

Firefighters and paramedics say counseling helped them get through the deaths of three brothers from that fire in Laflin almost two years ago.

They don't care to even mention the convicted killer. They just talked about the children they couldn't save and one they almost did.

On October 25, 2017, a neighbor called 911 to report a fire on Oakwood Drive in Laflin. Brandon Collins led an engine crew from Hughestown Hose Company to the scene.

"Initially thought it was just a structure fire," said Collins. "I was the engine operator originally."

"We had no idea there was an entrapment or the behind-the-scenes stuff," said Michael May of Greater Pittston Regional Ambulance.

"It wasn't until we arrived on scene and they were pulling out the first child that we really grasped what kind of incident this was going to be," said Michael Roper of the Hughestown Hose Company.

"Then Hughestown made a grab at the 7 year old and we worked him and took him to the hospital," May said.

"It just ran through my head, 'Whoa, how many more are there going to be, and where are we going to find them?'" said Roper.

"When we heard it was children that were involved, being a parent and a teacher, that definitely struck home for me," Collins said.

Collins is a teacher at Greater Nanticoke Area High School, a firefighter in Hughestown, and a paramedic with the Greater Pittston Regional Ambulance Company. Collins worked as both a firefighter and paramedic when the three brothers were trapped inside that burning home in Laflin.

"Some of the things you do see could be very traumatic," Collins said.

"It hit pretty hard when I got home because, at the time, I had a 5-year-old son, 6-year-old son. About the same age as the one I took in," said May.

Police are eligible, but May says all first responders deal with the same stress as police.

"Enough of this stuff eventually is going to build up and get to you," May said.

"It really is traumatizing. It really does weigh down on you," Collins said.

Brandon Collins, Michael May, and Michael Roper do not have PTSD, but the events of that night in Laflin still haunt the first responders who were there.

Because of the stress paramedics face, studies by the National Institutes of Health show the profession has a high rate of suicide and alcoholism. That's why first responders in Pennsylvania are pushing to force insurers to cover PTSD in worker's compensation claims, but the insurance industry is pushing back, claiming it would be too costly.