Fireworks Show Draws in Thousands to Kirby Park in Wilkes-Barre

WILKES-BARRE – The show in the sky over Wilkes-Barre drew in thousands to Kirby Park. People covered the grass with blankets and tents to watch. The annua... 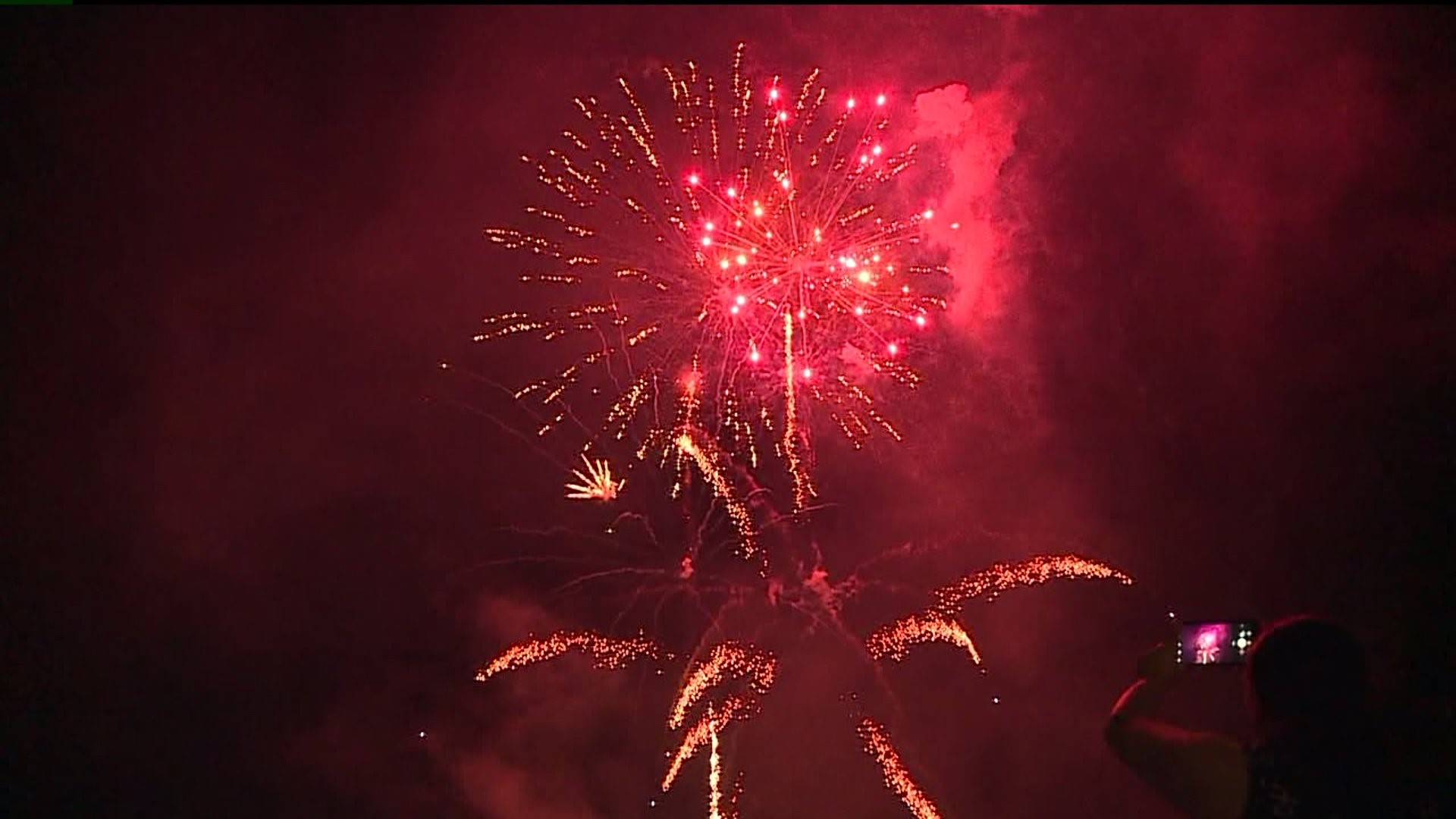 WILKES-BARRE - The show in the sky over Wilkes-Barre drew in thousands to Kirby Park. People covered the grass with blankets and tents to watch.

The annual Old Fashioned Fourth of July celebration had people of all ages excited, like Josephine Polly and her sister Bella!

Some people got to the park extra early to stake out their firework viewing spot.

It was a scorcher for this Fourth of July. Temperatures reached 90 degrees. Some people were cooling off with some ice cream and lemonade.

"It's very refreshing. A lot of people come and they love the citrus. It just cools them off. They always come back for another," Brittany Mayes of the Lemonade Stand said.

People working at Manning's Ice Cream truck said their work was cut out for them in this heat. Their hands were tired from scooping up so much ice cream!

"It hurts really bad, but it's good because tips are good and business is good," Kiara Allen said.

Besides food vendors, there were games, rides, and even live music. People were getting up and out of their seats to dance on Independence Day.