A fire wrecked a funeral home and an apartment in Luzerne County early Monday morning. 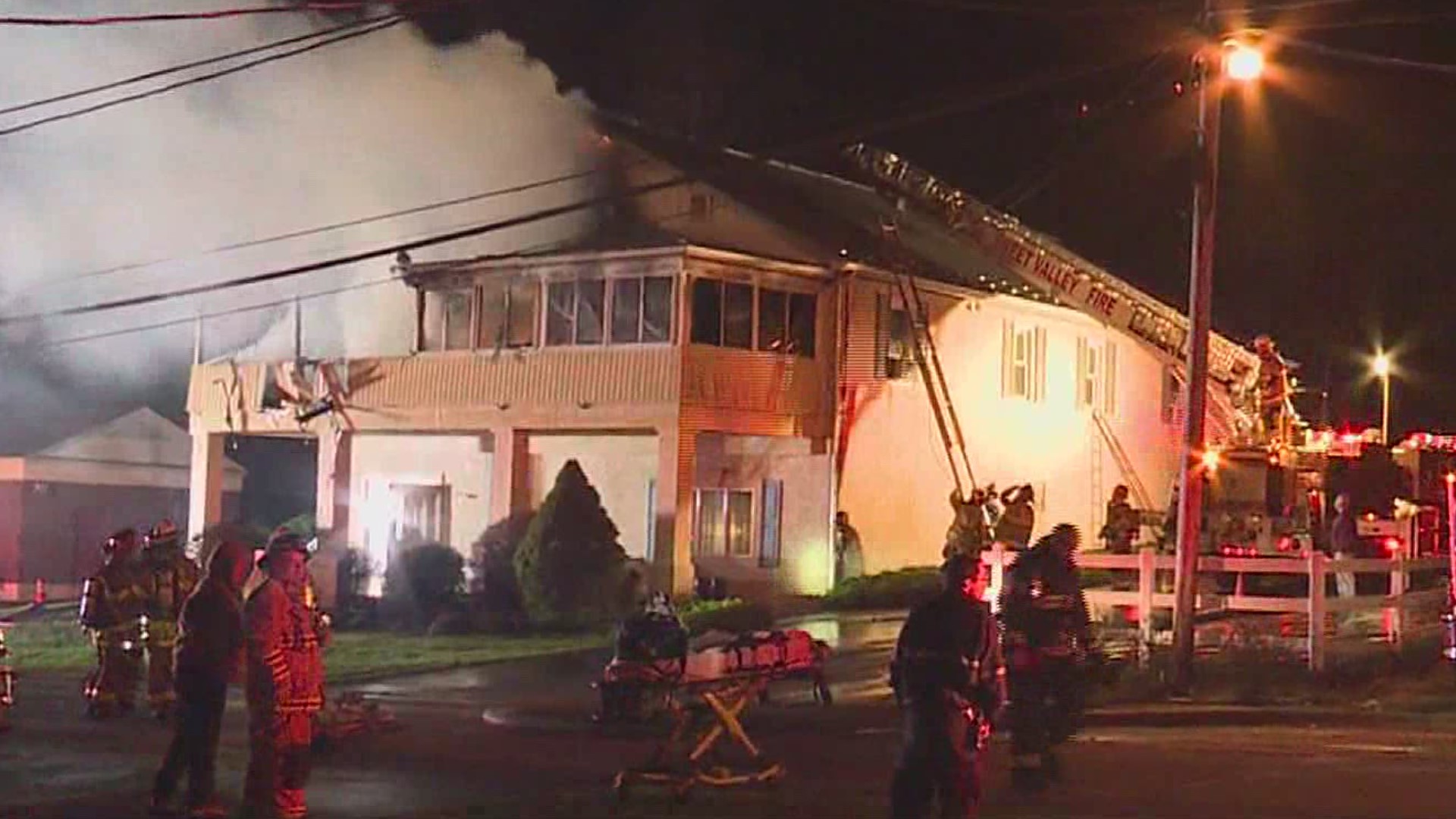 LUZERNE COUNTY, Pa. — The first alarm came in around 2 a.m. on Monday at the Charles L. Cease Funeral Home in Union Township near Hunlock Creek.

It's along Reyburn Road near Hunlock Creek. That fire went to three alarms before it was brought under control. Firefighters from a big part of Luzerne County were called in to fight the flames.

The funeral home is on the first floor, with an apartment above. Five people lived there. They all made it out safely.  However, one had to be taken to a hospital after breathing in too much smoke.

A neighbor spotted the flames and alerted the people inside.

Cheryl Franklin said, "I saw the house was on fire, and I thought, what do I do? I said, 'oh, I have to alert them.' So, I got my car keys and put my alarm on and ran out with my phone and yelled, 'Your house is on fire; get out, get out.'"

Firefighters are still wetting down what's left of the building. Reyburn Road in Union Township is closed to traffic.

Franklin tells Newswatch 16 she did her best to help the fire victims.

She added, "Tanya came out she was really trying to keep her cool. I didn't see her husband 'til about 15 minutes later. He was worried about the animals and they have their granddaughter staying with them. We put her in a car. She was cold. They didn't have shoes on, so I helped them with shoes and a sweatshirt, ya know, let them come in my house so they could get warm and go to the bathroom."

Investigators are looking for what started Monday morning's fire in Union Township.

The owner of the funeral home tells Newswatch 16 there were no bodies in the building at the time. 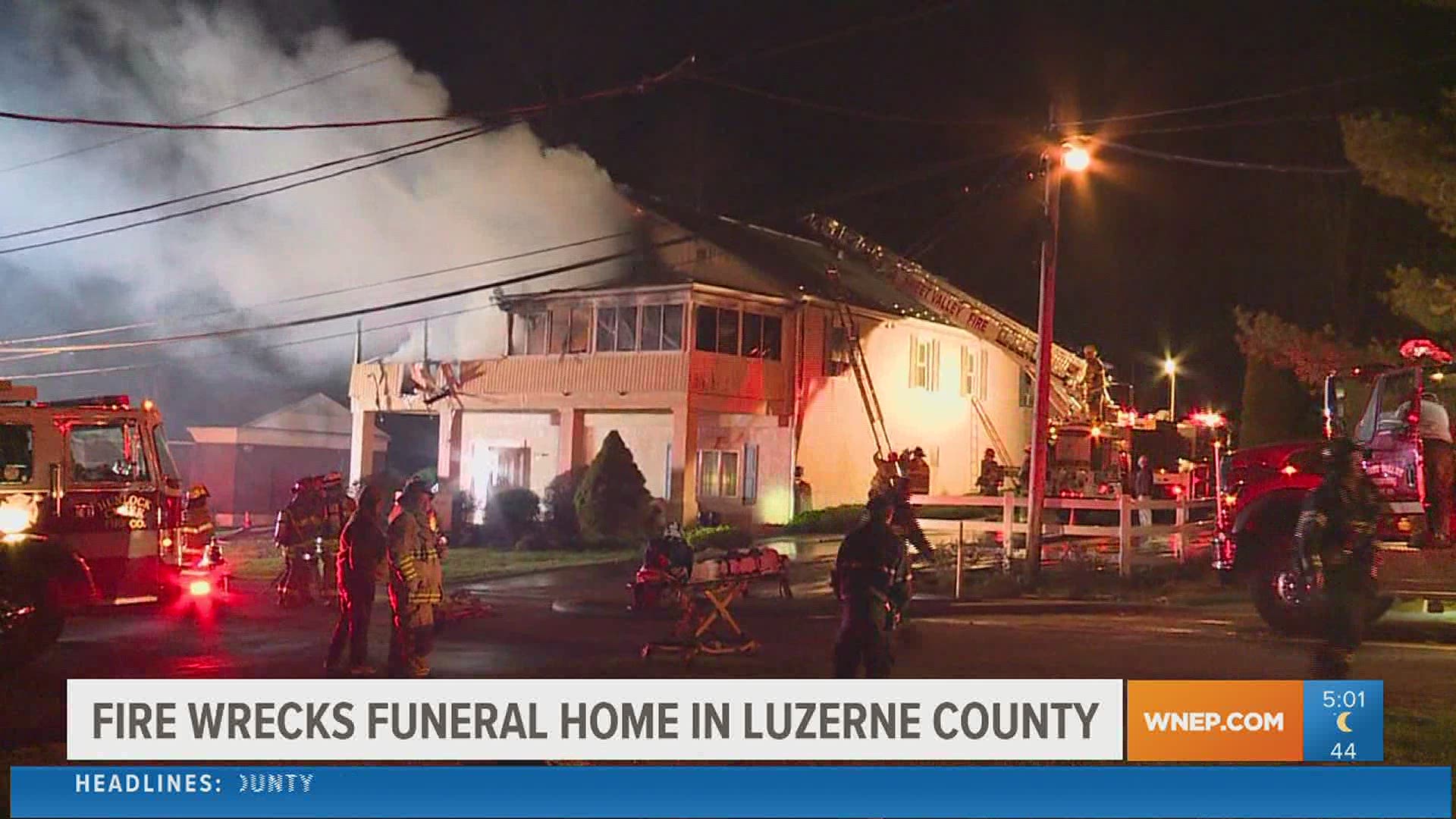