NANTICOKE– Even experienced firefighters said it was one of the most intimidating fires they ever faced in Nanticoke. Friday night flames damaged five bui... 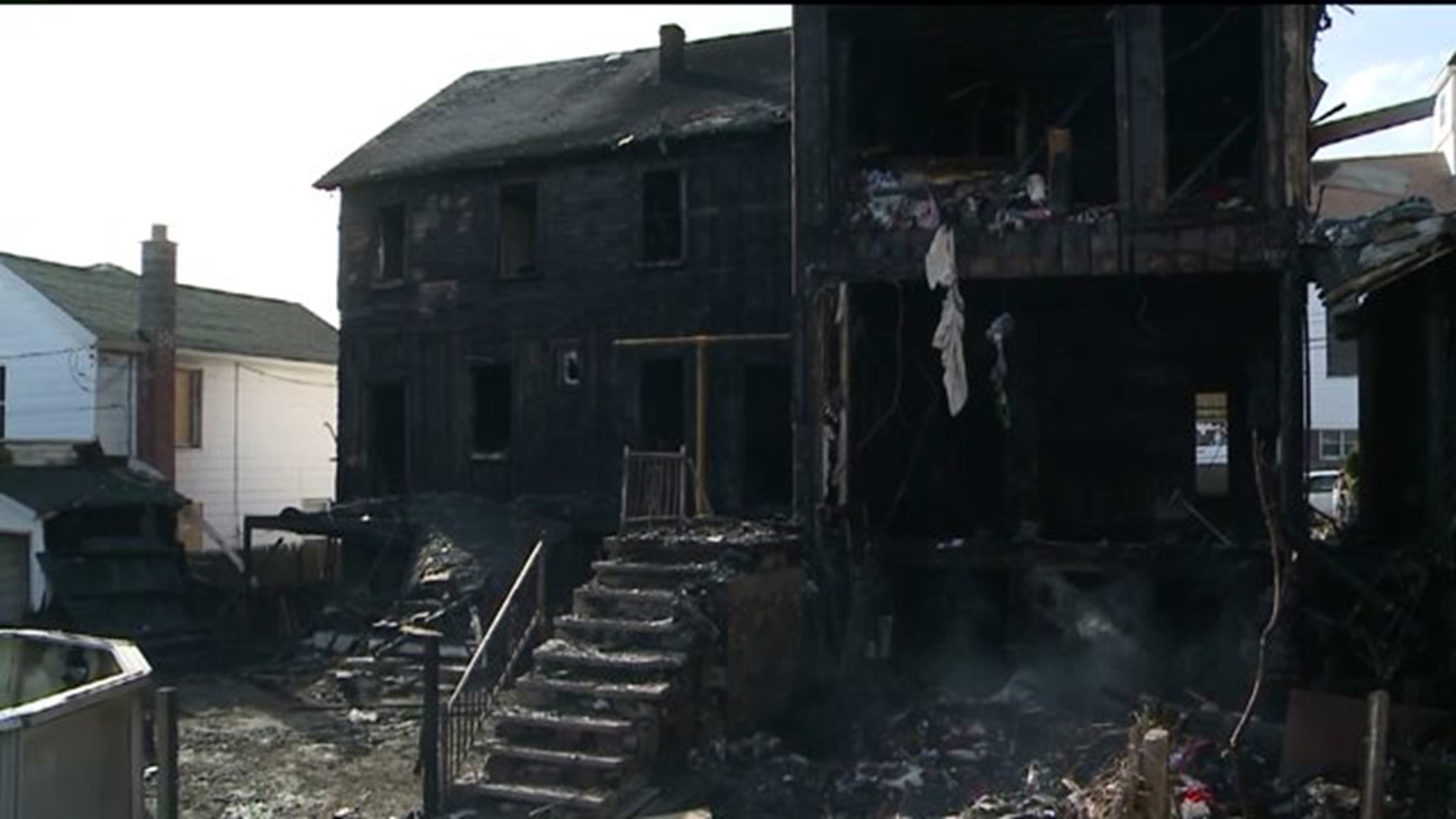 NANTICOKE-- Even experienced firefighters said it was one of the most intimidating fires they ever faced in Nanticoke.

Officials say one woman was taken to the hospital after breathing in too much smoke and her cats were reported missing.

Crews returned to the scene around 7 a.m. Saturday when the fire rekindled. Even hours later, smoke continued to rise from the wreckage.

Firefighters said the flames appeared to start in the rear of a vacant building on South Hanover Street, then jumped to several buildings on West Green Street.

One of those homes was occupied by Dennis Ventura, his fiancée and two children.

"We were just down the street. I was here within 30 seconds. By the time I got here the entire corner was engulfed in flames," said Ventura.

With his family in a hotel, he came back Saturday to grab whatever wasn't tainted by smoke or water.

For months he watched, worried about the abandoned building across the back, and the junk pile next to it.

"The landlord, he showed up 10 months ago, and took the garage down and left a pile of garbage. And that is all it has been garbage back there," Ventura said.

While two of the five damaged buildings were empty, the corner used to be a busy hub, filled with shops and families who lived close to the coal mines.

On Saturday there was a steady stream of people stopping by to see the damage, many recalled visiting a barber or living in the neighborhood.

Jack Owens stopped by to see if his family's former home survived the flames.

While much has changed, the community remains close. A number of people stopped by Saturday morning hoping to help the victims.

They included a captain from a neighborhood watch group and representatives of a flea market.

"We have a couple pieces of furniture, we have tons of clothes, everybody is asking what they need," Melissa Gayle said.

She planned to accept items through out the evening.

According to Gayle, 50 bags of clothing donated were donated in just one day.