Finding ways to cool off in Luzerne County

Newswatch 16's Chelsea Strub people trying to beat the heat, but others trying to help people prepare to work in the extreme conditions. 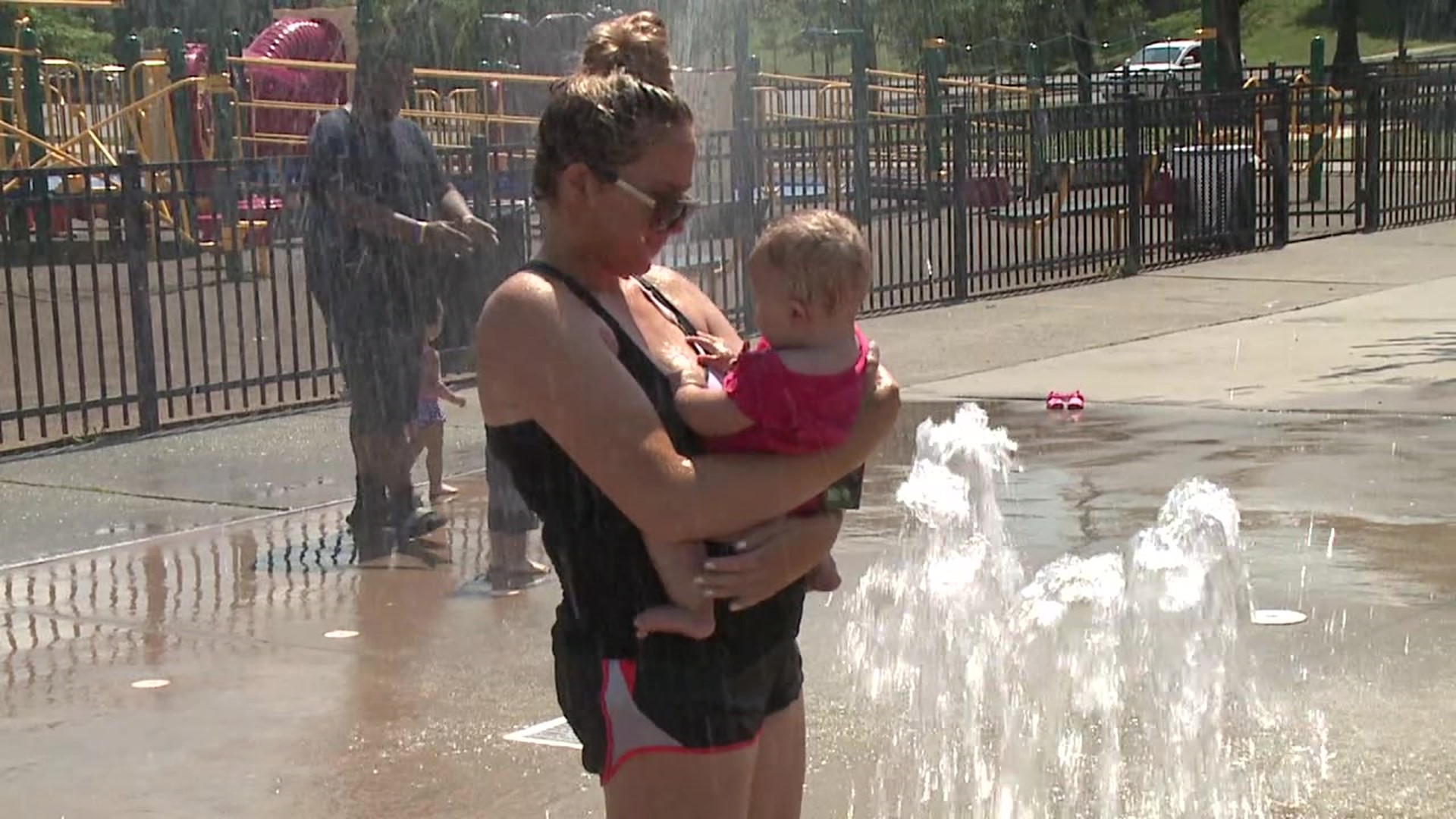 LUZERNE COUNTY, Pa. — It's easy for families to cool off in Wilkes-Barre at the Coal Street Park splash pad.

"It's just too hot, and there aren't any public pools, so we thought we'd bring the kids here. Watching my granddaughter Tessa and her brother Roman today, and we're having a blast," Anita Frank said.

"We first got here, she wouldn't even get wet, but now she won't go home."

This wasn't the only place with a steady stream of visitors looking to cool off.

"It's crazy busy. We've been so busy the past few days. The weather is so nice, and everyone is just trying to get some ice cream and Italian ice to cool off in the hot weather," said Haley Gayoski, Josie's Frozen Custard & Italian Ice.

People at Josie's in Kingston only expect it to get busier as the day goes on.

"(At night) our line usually comes out to the sidewalk, and we have them wrap around the sign, just so they stay out of the driveway here to keep everyone nice and safe, but usually the line is pretty long for hours upon hours," Gayoski said.

Business owners in Luzerne County are helping firefighters in Wilkes-Barre prepare to stay safe when they respond to emergencies in the heat by donating cases of water.

Firefighters say, depending on the emergency call, crews could go through between two and five cases of water in a couple of hours. Donations come in handy when they're responding to fires, car crashes, or other calls in the city during a heatwave.