WILKES-BARRE, Pa. — Police are still searching for the suspects after two teenagers were found shot in a busy intersection Tuesday night in Wilkes-Barre. ... 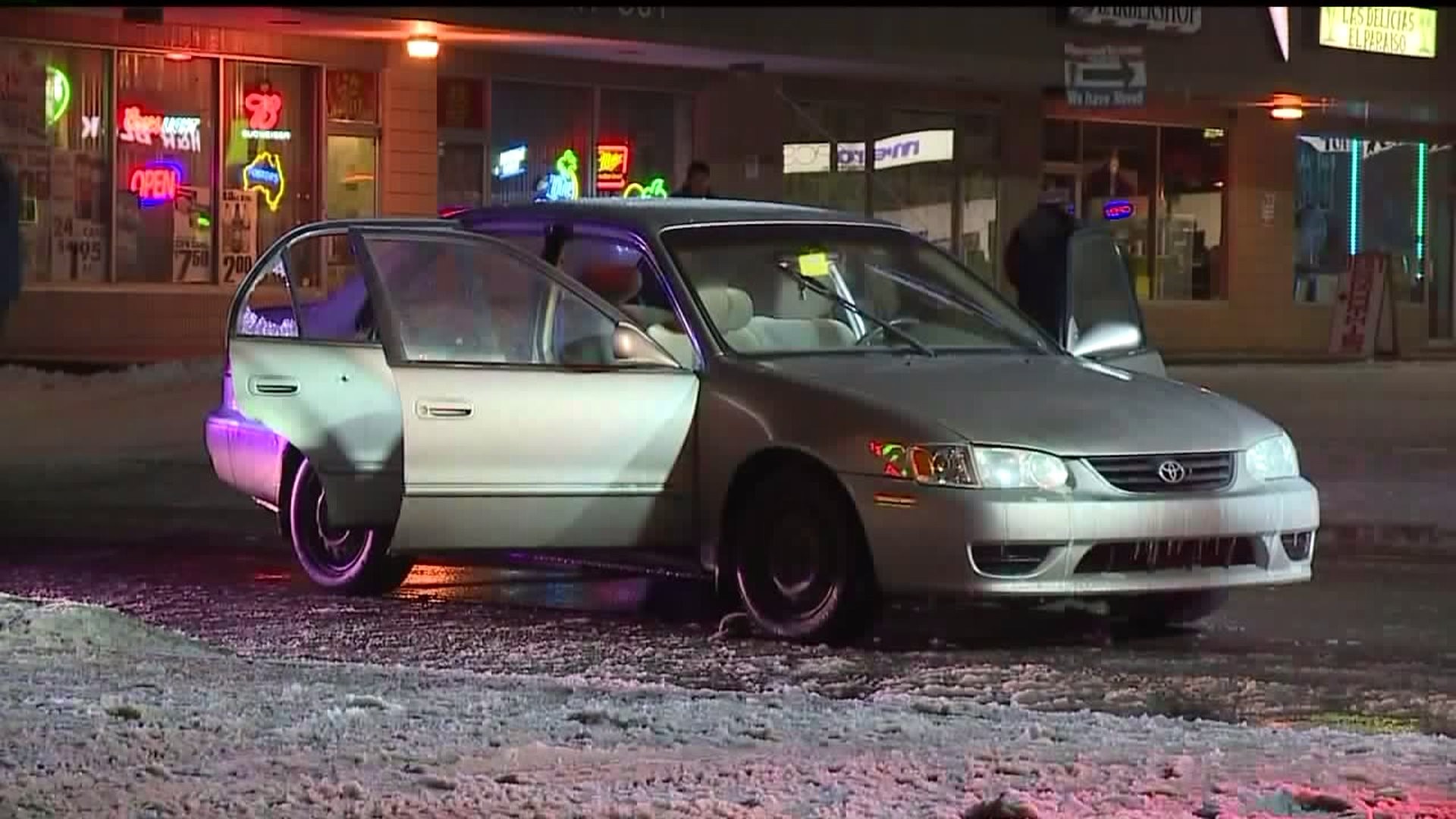 WILKES-BARRE, Pa. -- Police are still searching for the suspects after two teenagers were found shot in a busy intersection Tuesday night in Wilkes-Barre.

Both of those victims are young women, and police say they are still in the hospital.

Police believe the actual shooting happened about a block away from where the victims were found on South Main Street.

Windows of the car were shot out, and inside, police found two 19-year-old women from Scranton with gunshot wounds.

"I heard there were a couple of teenagers shot here last night, and I was interested to hear that because I pass through this area every day," Allison Elam said.

People Newswatch 16 spoke with say this is an area they don't mind running errands in during the day but say it's not a place they want to be in at night.

"It's not the greatest area and all that. You see a lot of cops, a lot of problems with theft I've seen," Stefen Purta said.

Wilkes-Barre's police chief believes the actual shooting may have happened a block away near the intersection of Sambourne Street and Sullivan Street before the car ended up on South Main Street.

"I don't know what their story is, but I know it is a big drug area down here. Maybe that had something to do with it. I don't want to speculate," Purta said.

No arrests have been made.

Those who come through this area often are hoping the shooter is caught soon.

"We all want to be safe in our community," Elam added.

Wilkes-Barre police want witnesses or another with information about the shooting to contact them.