NESCOPECK, Pa. — A father in Luzerne County is locked up after his infant died over the weekend. Court papers indicate the baby was already dead when he a... 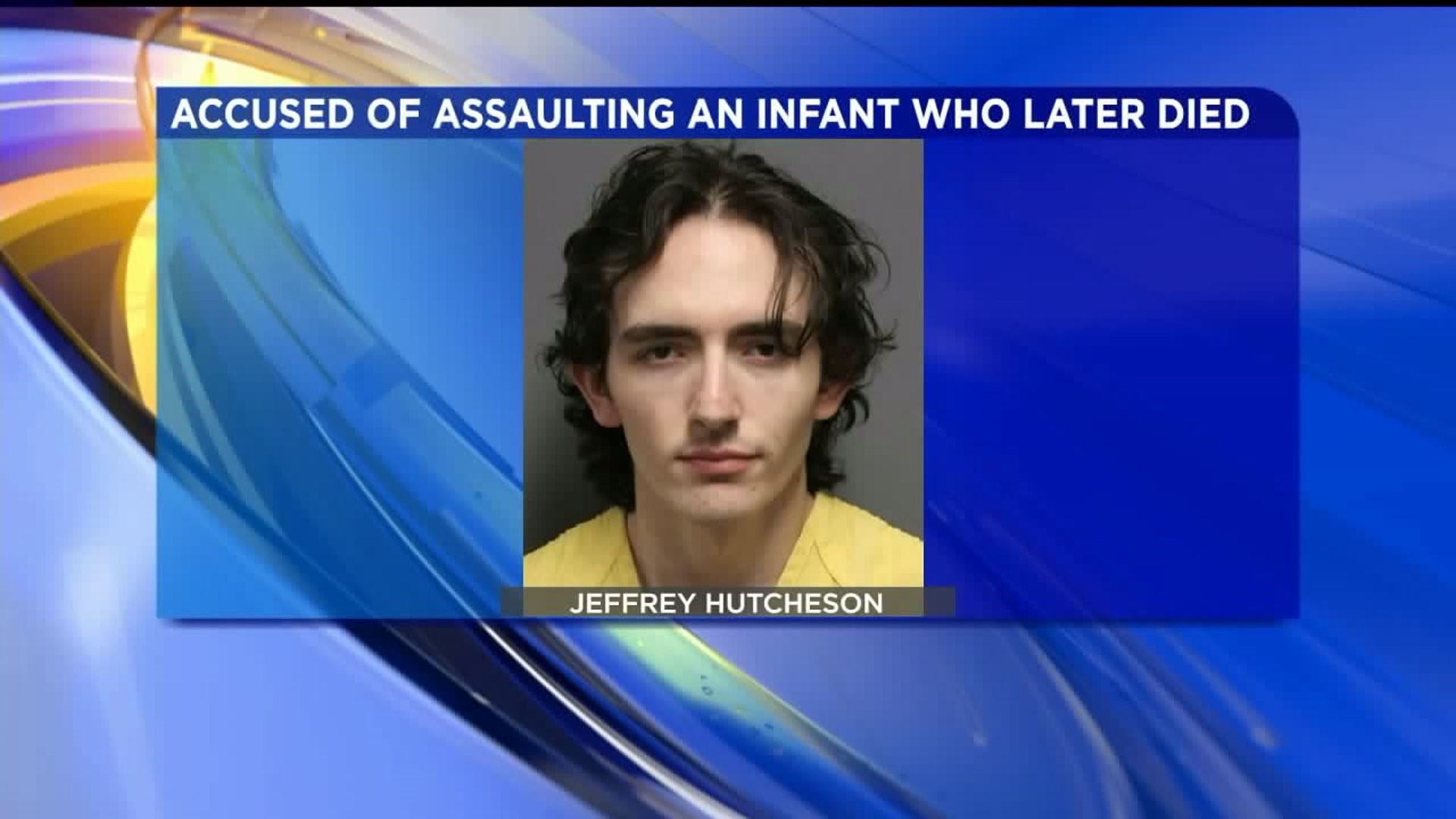 NESCOPECK, Pa. -- A father in Luzerne County is locked up after his infant died over the weekend. Court papers indicate the baby was already dead when he arrived at the hospital.

The emergency room doctor who examined the baby told police all of the infant's ribs were broken when he arrived at the hospital.

Jeffrey Hutcheson of Nescopeck, the child's father, is being held on assault charges until investigators find out how the infant died.

INFANT DEATH INVESTIGATION Jeffery Hutcheson of Nescopeck is locked up after police say his 11-week old infant died in his care. Police say Hutcheson admitted to squeezing the baby's rib cage to the point of fracture on 3 separate occasions. @WNEP pic.twitter.com/9H0LWAo6f0

Court papers say on Saturday, Hutcheson found the 11-week-old baby face up and unresponsive after sleeping with him on the couch inside his apartment on Third Street in Nescopeck.

According to court papers, ER staff told state police the baby was already dead when he arrived at Berwick hospital and all of the baby's ribs were broken.

"I feel for everybody involved because you know we all have grandkids and that would be very sad to think that somebody would do this," Lee Samsel said.

The coroner calls the death suspicious. An autopsy revealed the baby suffered traumatic injuries to his head and ribs.

More testing will be done. The results could determine whether Hutcheson will face homicide charges in Luzerne County.