Family of Alleged Abductor Speaks after Deadly Confrontation with Police

NANTICOKE, Pa. — Police used deadly force Sunday night to stop a man they say was holding a teenager hostage in Luzerne County. Now, the family of that ma... 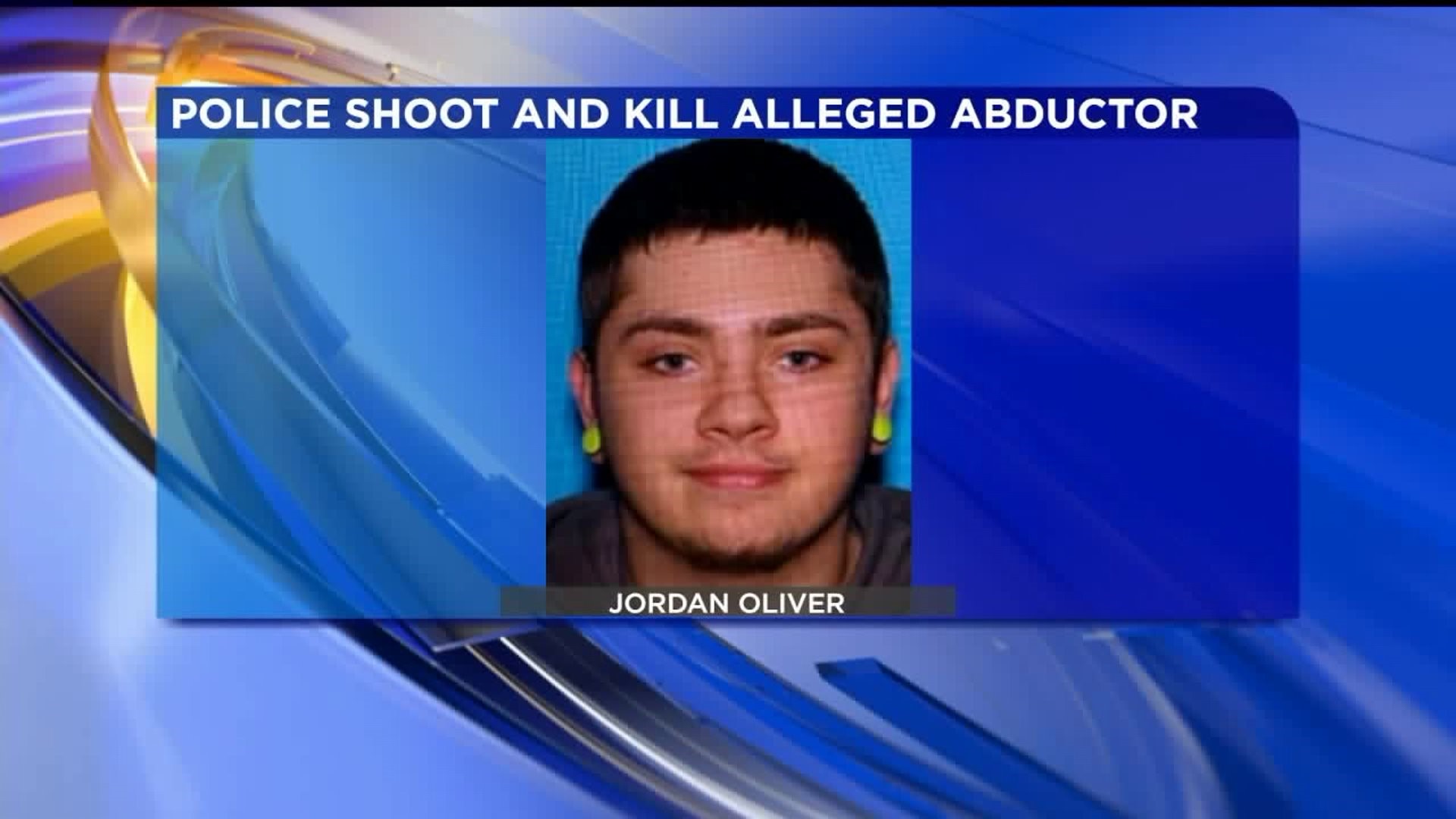 NANTICOKE, Pa. -- Police used deadly force Sunday night to stop a man they say was holding a teenager hostage in Luzerne County. Now, the family of that man is speaking out.

The family of Jordan Oliver, 20, the alleged abductor, tells us he was in a relationship with Samara Derwin, 15, of Nanticoke, who police say was held against her will.

Investigators aren't releasing much information about this case, but Oliver's family is still waiting to find out why deadly force was necessary.

Oliver was shot and killed by police in Warrior Run after state troopers say he stole a police cruiser and allegedly held Derwin hostage for hours.

According to state police, Nanticoke police were called to Greater Nanticoke Area High School Sunday afternoon to find Oliver allegedly holding Derwin at knifepoint. When police arrived, Oliver is said to have scuffled with an officer, sprayed Mace on him, and then stole a Nanticoke Police SUV.

Sean Oliver, Jordan's father, said he spoke to his son multiple times while he was on the run.

Oliver says his son was shot in the leg, and Derwin helped him bandage it with a first aid kit found in the police car.

The father and son sent text messages back and forth during the evening as he tried to get him to surrender peacefully.

"I want everybody to know that my son is not some kind of animal, really is a good, good-hearted kid. He just couldn't get away from this police department that I feel constantly harassed us, at least him."

Harassment, Oliver says, stemmed from his son's romantic relationship with Derwin, the daughter of a Nanticoke police officer.

Court records show a history of protection from abuse orders against Oliver, including one filed by Derwin's mother on her behalf citing, physical abuse.

"I think anybody that knows Jordan knows that that kid had a heart of gold. They know that he would have never in a million years hurt that girl. They also know that she was not a hostage, that she was there willingly with him. She wanted to be with him in the worst way," Sean Oliver said.

Police also tell Newswatch 16 that Oliver drove the stolen police car in the direction of an officer. State police and the district attorney's office are trying to figure out what happened and why lethal force was necessary.

Sean Oliver exchanged text messages with his son throughout the evening as he tried to get him to surrender.

Now, Sean Oliver and his family are left with questions after the situation ended with the girl unharmed and Jordan Oliver killed by police.

"What type of weapon did he have that gave you the right to use deadly force against my son? I wanted to know because I do know that there are other ways of non-lethal force that they certainly could have used."