WILKES-BARRE, Pa. — Wilkes-Barre Police officer Daniel Duffy says he and the police department post wanted persons on Facebook all the time, but this week... 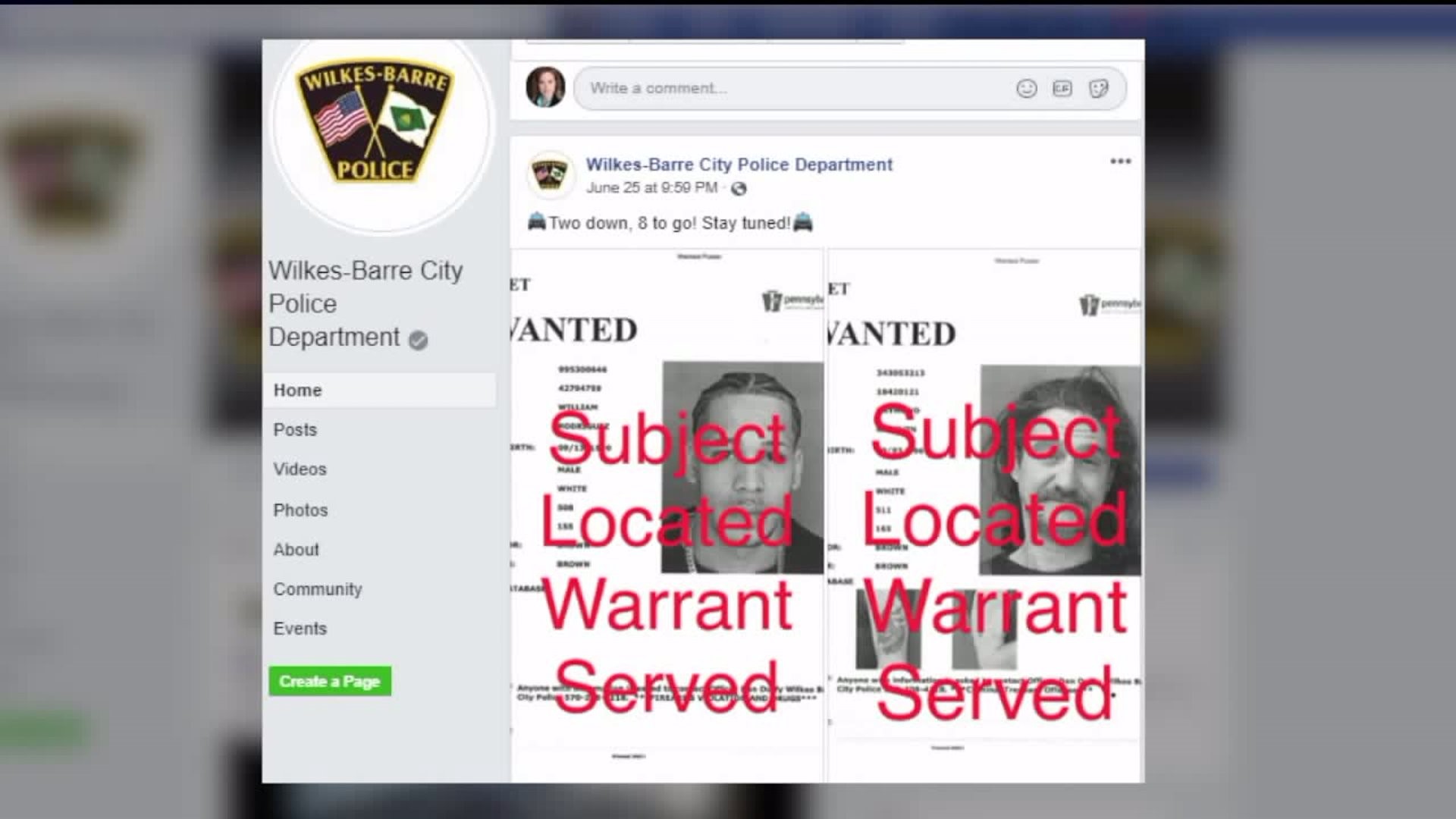 WILKES-BARRE, Pa. -- Wilkes-Barre Police officer Daniel Duffy says he and the police department post wanted persons on Facebook all the time, but this week something was different about the post.

"Well this week I sent 10 photos to one of our community policing officers and he put his own little comedic twist on it by putting it's 'Duffy's Most Wanted,'" explains Duffy.

Duffy says in just two days, half of his "most wanted" list have been taken into custody and he's wondering if the joke attached to the post has something to do with it.

"I think it may have," laughs Duffy. "However the end result is us using social media to our advantage is an important thing. Many police departments are doing that nowadays."

People in Wilkes-Barre tell Newswatch 16 they think it's important for police departments to use new technologies and social media to fight crime.

"Well absolutely I think that any kind of tool that can be used to further their efforts especially in the climate that we're living in today, you know I think it's all positive in my opinion," says Kevin Coombs of Kingston as he ate lunch in Wilkes-Barre's Public Square.

Nancy Augustine says it's nice to see progress taking place on social media instead of negativity.

"Bullying and the brutality and sometimes it gets a little hurtful and when you can do something to benefit the community I think it's great," adds Augustine.

Officer Duffy suggests everyone check in with their local police department on Facebook to see if you can help them solve crimes.