PLAINS TOWNSHIP, Pa.  — An off-ramp on the North Cross Valley Expressway is now closed to traffic as parts of that ramp are undergoing repair work. A deto... 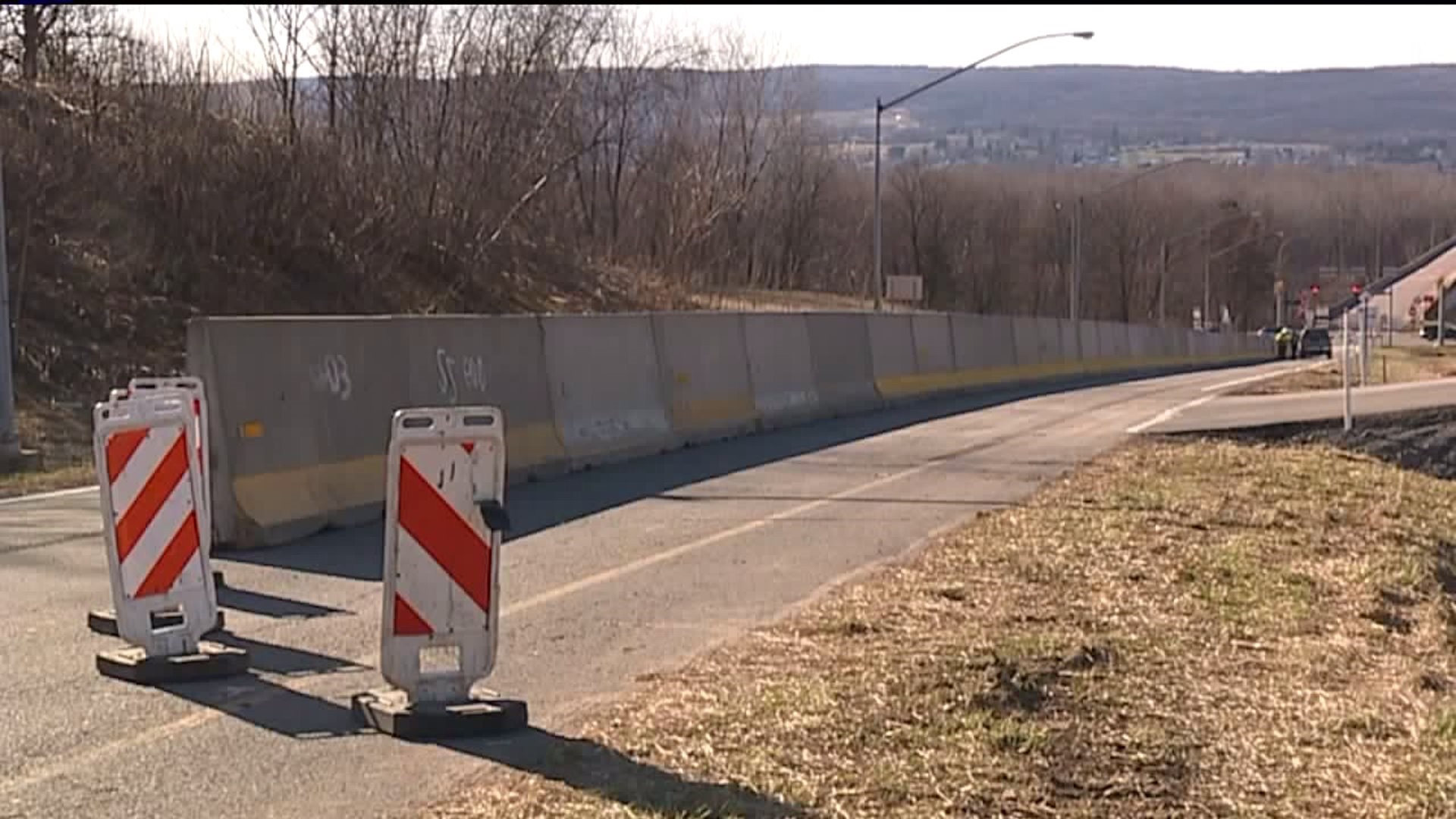 PLAINS TOWNSHIP, Pa.  -- An off-ramp on the North Cross Valley Expressway is now closed to traffic as parts of that ramp are undergoing repair work.

A detour has been set up around that ramp which takes you to River Street near Wilkes- Barre in Plains Township.

For drivers here on the southbound North Cross Valley Expressway, the ramp closure at Exit 3 will be what you should expect to see until fall of next year.

Repair work is being done on the ramp that takes traffic to River Street near Wilkes-Barre, so for more than a year this will be closed.

“Little inconvenience but I`ve dealt with the one going up the other way [on the expressway] so just have to deal with it until it`s done, that`s all,” said John Connell from Plains Township.

Signs are up directing drivers to that detour.

“The detour is very simple. You simply go down to the next exit [Exit 2], take that, loop around and come back on 309 north to get back onto river street, so it`s a fairly simple detour,” said James May, a spokesperson for PennDOT.

“It`s easy to get around, if you`re from the area, its easy,” said Maureen Gallagher from Plains Township. “All you do is go down to the boulevard and there will be a light set up. For me to come home, I live in Plains, I just make a left at the light and go right into Plains.”

The River Street exit also the exit to get to Wilkes-Barre General Hospital.

To accommodate ambulances, PennDOT installed a temporary road connecting the Cross Valley to on-ramp from River Street for emergency vehicle use only.

“But we built this crossover right here behind me that would allow an ambulance to go and to use what would normally be the on-ramp to go onto River Street and get to the hospital much quicker,” said May.

“I think that`s a wonderful idea,” said Hinkin. “I guess they put some thought into it, worked with the commissioners here in Plains Township and came up with an amicable work around.”