FORTY FORT, Pa. — Inside his family’s home in Forty Fort, David Roebuck sits just feet away from the television playing NHL 18. With his quick twitc... 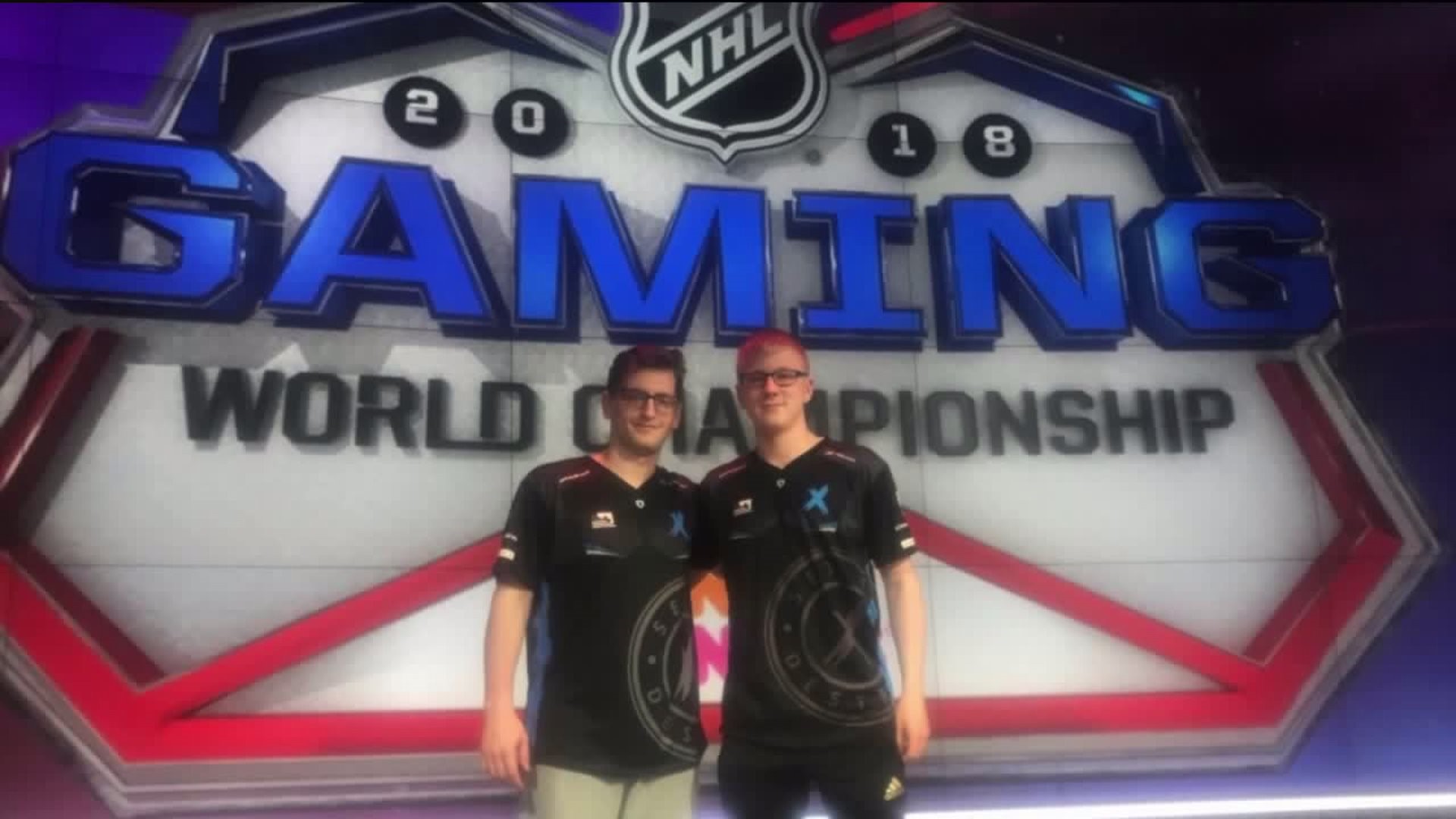 FORTY FORT, Pa. -- Inside his family's home in Forty Fort, David Roebuck sits just feet away from the television playing NHL 18. With his quick twitch thumbs, his Penguins would coast to an easy 4-1 win over the Flyers.

This isn't just some random hobby for Roebuck. As a member of the eSports team, SetToDestroyX, he's one of the top eSports players in the world. He discovered this rare talent back in high school.

"I played a guy and actually beat him," Roebuck recalls. "I was thinking 'He's pretty good. I should check him out.' He was number one in the world and from there, I thought, 'OK, maybe I could get up there too,' so I started a bit more and got into it more and more."

His talents have continued to blossom. Roebuck finished first in a 1,000-player, single-elimination qualifier to advance to the United States Regionals last week. There, he placed second, punching his ticket to June's NHL World Gaming Championships in Las Vegas.

"It's insane, but I'm trying to keep it as loose as I can, go in there and just know that regardless of how I do, I'm still walking out with some prize," Roebuck said.

"Once you start putting all that pressure on yourself, that's when you start getting tight and you just don't play as well," he added.

Roebuck's gamer tag is "jrpens91" influenced by his time playing with the Penguins youth hockey team growing up. He works at the team store at Toyota Sportsplex and grew up watching the Wilkes-Barre/Scranton Penguins.

"He's been elevated to that movie star status right now, especially with the college-age kids," Jason Jarecki, general manager at Toyota Sportsplex said. "They think it's pretty neat. Frankly, even for those of us who are a little older, it's a great opportunity for him and it's just a really cool thing. It's just a good story all around."

Roebuck will compete in the NHL World Gaming Championships on June 19 at Luxor Hotel and Casino.