‘Eric’s Law’ Introduced in the Senate

WILKES-BARRE, Pa. — U.S. Senator Pat Toomey was joined Friday by a group of supporters for federal corrections officers — a group of law enforcement... 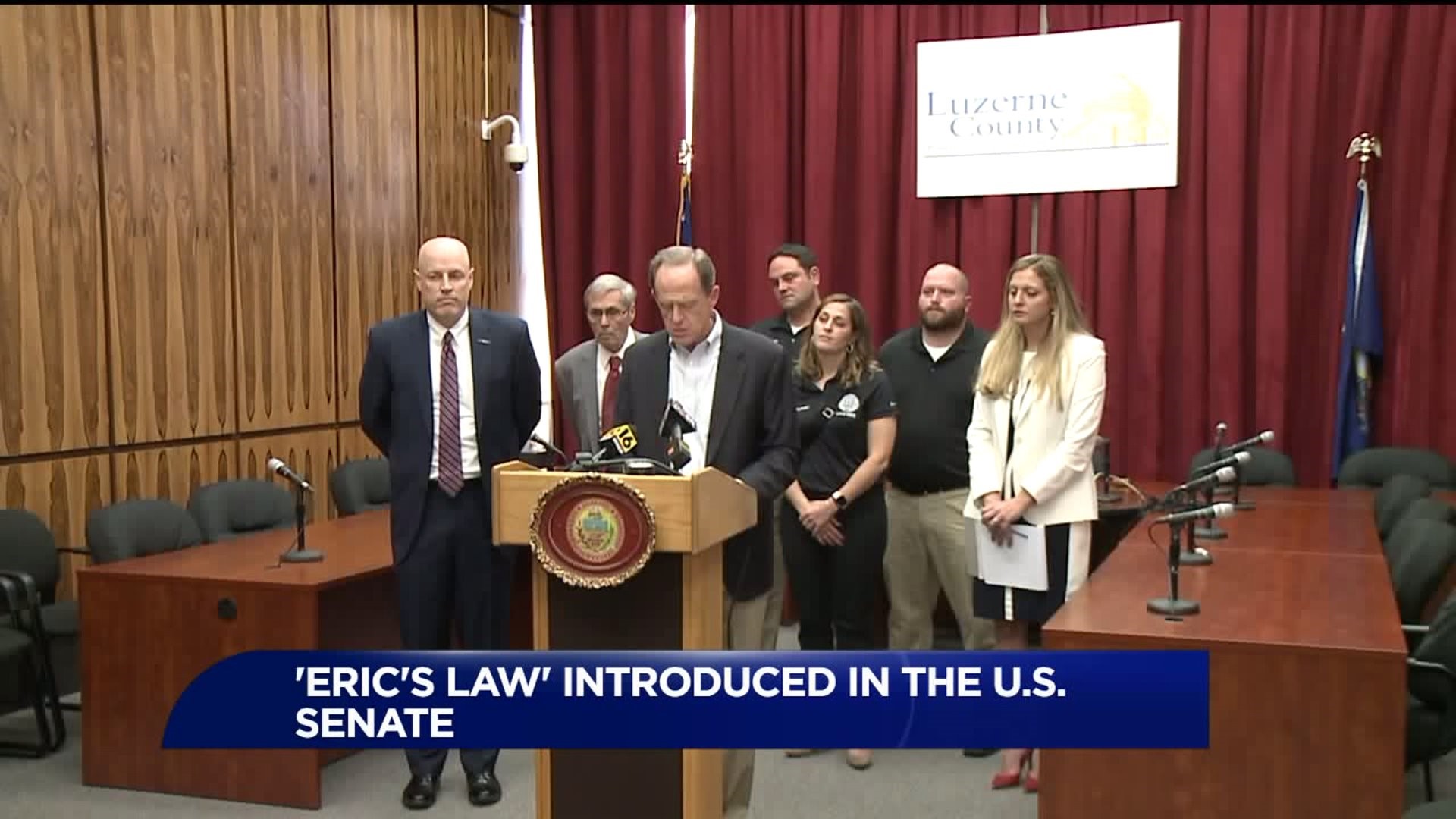 WILKES-BARRE, Pa. -- U.S. Senator Pat Toomey was joined Friday by a group of supporters for federal corrections officers -- a group of law enforcement he says is sometimes forgotten.

"It's hard sometimes to remember the men and women who are behind the wall keeping us safe from some of the most dangerous and violent people anywhere in the country," said Sen. Pat Toomey, (R) Pennsylvania.

Inside the Luzerne County Courthouse, Toomey announced that in July he introduced "Eric's Law" in the U.S. Senate.  The law is named after Eric Williams, a corrections officer from Nanticoke who was brutally murdered on the job in 2013.

Eric's killer Jessie Con-ui was already serving a life sentence for murder and because all but one juror was in favor of the death penalty, Con-ui received a second life sentence.

"Number one, I believe the sentence did not really send the proper message to him or to other people in the prison system," said Don Williams, Eric's father.

Eric's Law would allow prosecutors to bring in a second jury if the first cannot unanimously decide on the death penalty.  Corrections officers believe this would help keep them safe.

"Absolutely," says Joseph Pellicano, a member of the Council of Prison Locals, Local 3003. "All the staff at USP Canaan will never forget what that, I won't even say his name, inmate, did to Eric and he basically went unpunished."

Eric's father tells Newswatch 16 advocating for Eric's Law for him is not about seeking revenge for his son's life, he says it's about fixing an unfair system.

"My issue is not the death penalty, it's about the system," explains Williams.  "It needs to be fairer to the victims. As far as the death penalty, I'll tell you that exchanging this guy's life for my son's it's not a fair exchange to me anyway."

Sen. Toomey says related legislation has been introduced in the U.S. House of Representatives. Now they just have to wait for it to hit the floors for a vote. There is not set date on will that will be.