JACKSON TOWNSHIP, Pa. — At the start of this year, many property owners in Luzerne County were hit with a new fee on their sewer bill. It’s the stor... 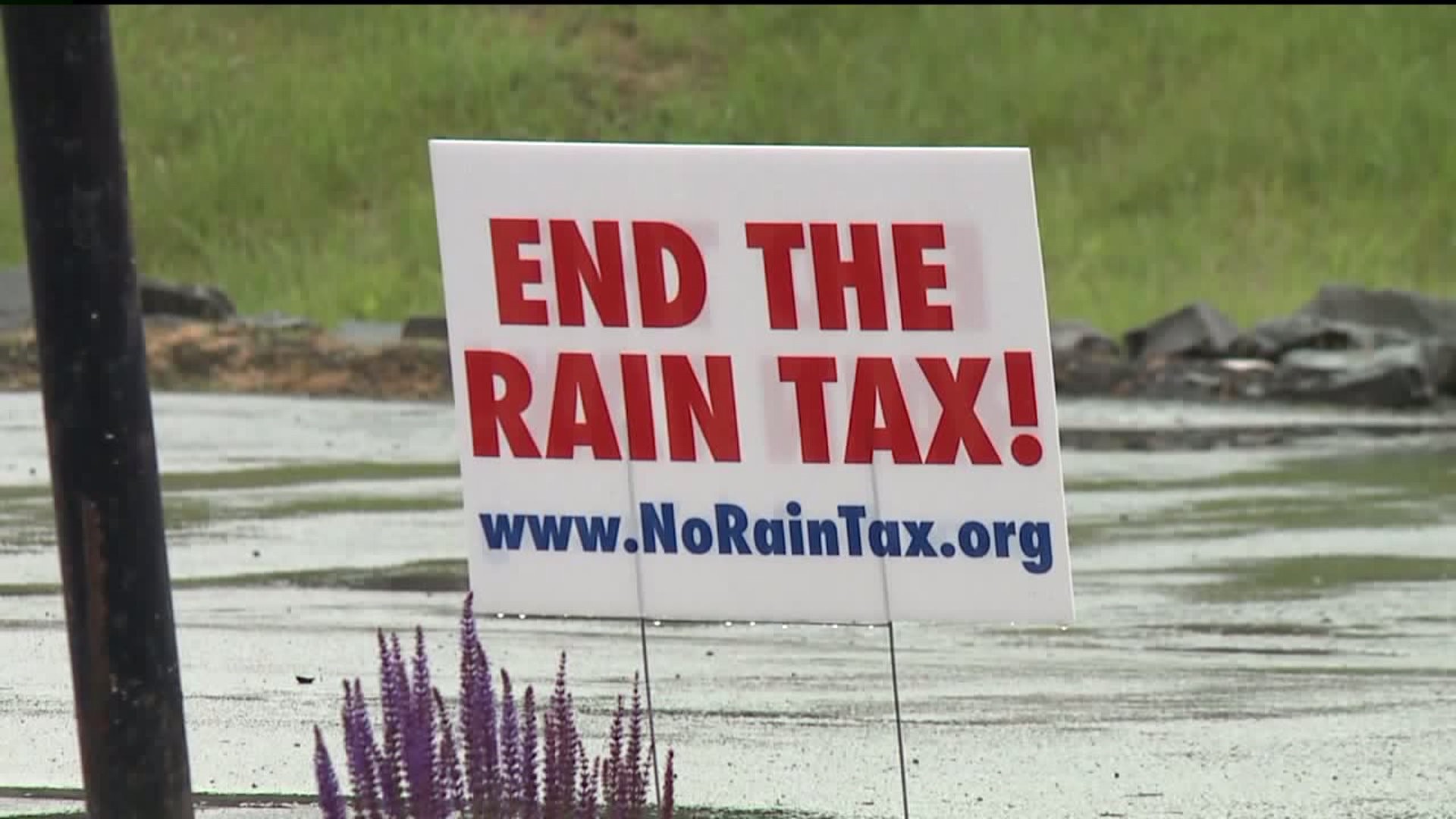 JACKSON TOWNSHIP, Pa. -- At the start of this year, many property owners in Luzerne County were hit with a new fee on their sewer bill. It's the stormwater runoff fee and it sparked outrage.

Signs have been popping up throughout the Back Mountain area of Luzerne County. "End the Rain Tax" is the goal of people like Mike Stash who say the recent stormwater runoff fee property owners received this year is unfair.

"We developed this campaign to make some of the politicians aware that the citizens are frustrated, and we're not getting answers," Stash said.

The Wyoming Valley Sanitary Authority says it imposed the fee to fund federal mandates to reduce pollution in the Susquehanna River that flows into the Chesapeake Bay.

Stash says if these signs don't move local politicians to act, the money raised by selling them will go toward legal fees for a lawsuit to fight the fee.

"If we can't win it with legislation, then we're going to win it in the courts, so one way or the other, this rain tax is going to be eliminated."

People behind the initiative tell Newswatch 16 they've sold about 500 of the signs already and hope to sell 500 more.

"I hope it gets the attention of everybody because I can't stop the rain and the next thing we're going to get taxed for is the sun. They're going to have to buy sunblock for the workers and they're going to tax us again," said Mike Salvati.

The standard homeowner is paying about $5 a month for the new fee but large landowners can pay much more.

Members of the campaign say they are not against preserving the Susquehanna River and the Chesapeake Bay. They're against unfair and unaffordable taxes.

"Every time we turn around, they have their hands in our pockets and I don't want to move. I like living here and I'll be taxed out of my home," Salvati said.