DURYEA, Pa. — “Working Americans are the best workers in the world, all of you are driving the boom.” That was what Vice President Mike Pence said t... 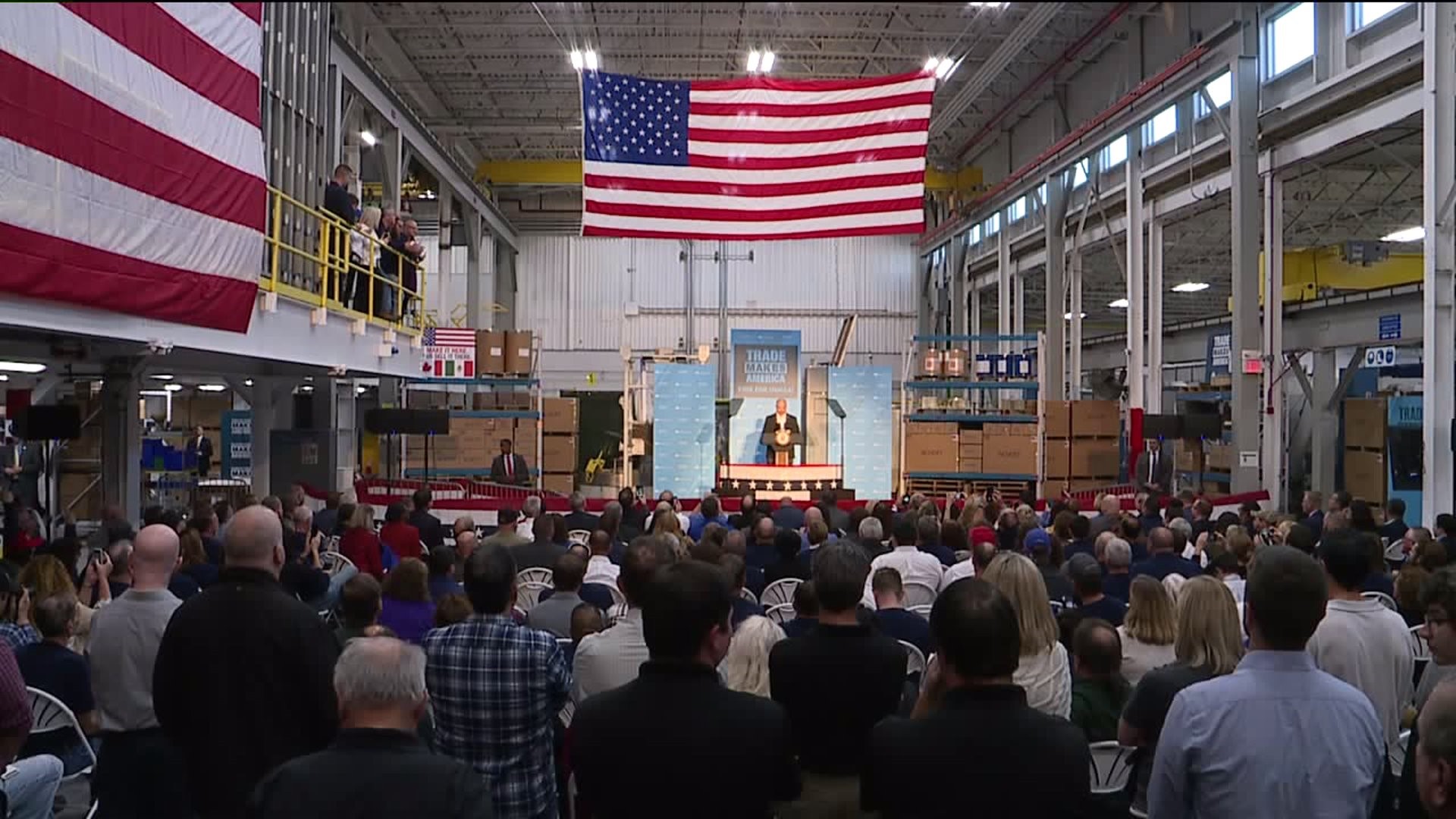 DURYEA, Pa. -- “Working Americans are the best workers in the world, all of you are driving the boom."

That was what Vice President Mike Pence said to the crowd that gathered at Schott Glass in Duryea.

Pence made a visit to the plant that makes high-tech glass for aerospace, the military, and other companies to tout the Trump administration's effort to pass its new trade agreement between the US, Mexico, and Canada.

Many Schott employees feel Pence got his message across.

“We need to start having free trade, instead of having china rule the world, that`s what I got out of it,” said Danny Polerecki.

“I think he did an awesome job elaborating how it's important for manufacturing and how the congress needs to approve the bill,” said Hardy Pankratz.

Schott Glass just celebrated its 50th anniversary in Luzerne County. Part of Pence's visit here was to recognize that milestone.

“It was rousing, and it was exciting to see the vice president here at Schott today,” said Justin Glover.

Joining workers at Schott Glass were employees of Pride Mobility and Quantum Rehab, a plant that makes equipment such as wheelchairs.

“What Vice President Pence said was really meaningful for pride mobility products and quantum rehab, and for Pennsylvania as a whole,” said Kelly Livingston.

But not everyone was completely sold on the new trade deal.

“I`m not exactly sure of all the policies behind it, so I need to go back home and do a little research and determine all the things that I learned today and what I really feel about them,” said Glover.