Fire chief: Fireworks to blame for fire that displaced family of eight

The fire chief said it appears the family who lived in the home that was destroyed did not set off those fireworks. 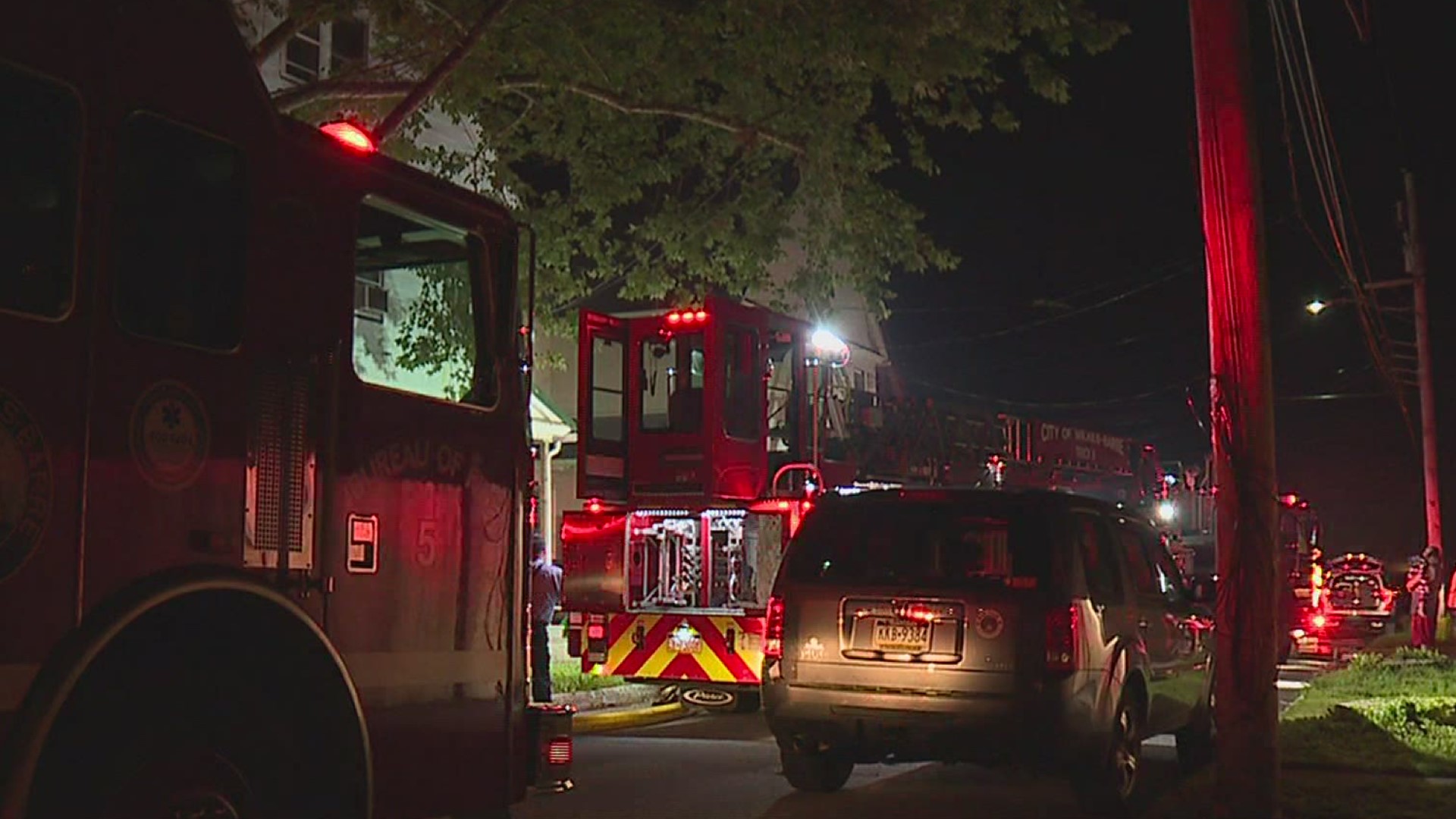 WILKES-BARRE, Pa. — A family of eight in Wilkes-Barre lost their home after a fire on Westminster Street.

Four children and four adults rushed out of their house around 12:30 a.m. Monday morning. The fire chief said the family was getting ready to go to bed when an aerial firework set off nearby landed on their back porch.

Neighbor Christine Northern was worried when she saw the flames.

"I was in my room, and my daughter heard a big boom, and she's like, 'mommy, something is on fire,'" Northern said.

The state does bar people from setting fireworks within 150 feet of a building.

"There's nowhere in Wilkes-Barre, never mind most places in the Wyoming Valley, that you can do that, yet you see it done on a regular basis," Wilkes-Barre Fire Department Fire Chief Jay Delaney said.

Fire crews were called to a total of three fires late Sunday into early Monday. Two of the three, they said, were caused by fireworks.

"These people behind me didn't ask to get displaced. So, whoever lit off that firework is responsible for displacing these people and other fires that we've seen across the commonwealth over the last 48 hours," Chief Delaney said.

"There's too many factors. You know, you live close together, or there's trees or there's kids. Then there's the risk to yourself as well," Northern said.

The double block home next door to the home on Westminster Street was not damaged by the fire. The Red Cross is helping the family who lost their homes.