NESBITT PARK — It was ready, set, recycle at an Earth Day event for students all over Luzerne County in Nesbitt Park in Wilkes-Barre. This is the first ev... 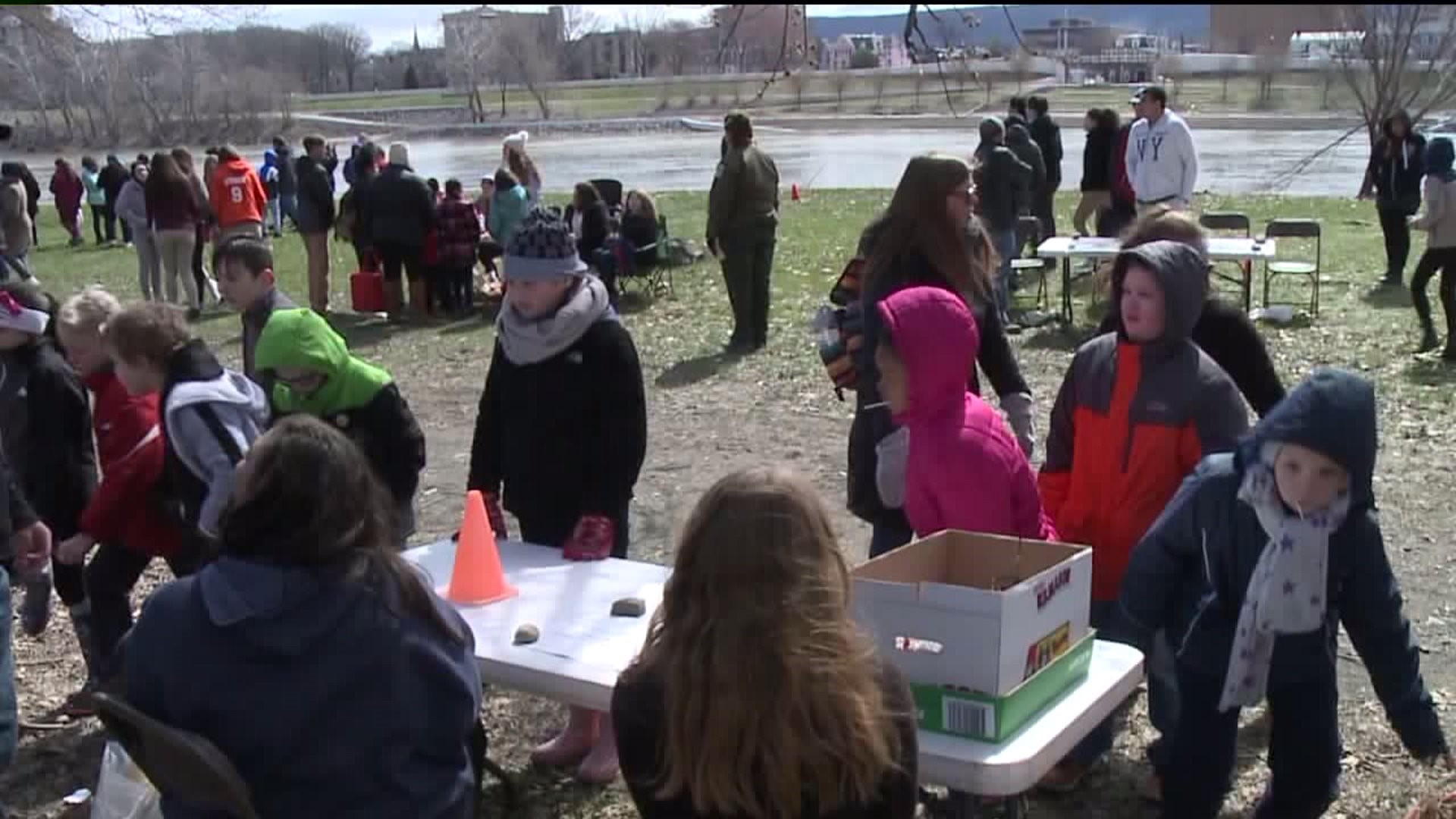 NESBITT PARK -- It was ready, set, recycle at an Earth Day event for students all over Luzerne County in Nesbitt Park in Wilkes-Barre.

This is the first event at Nesbitt Park this year because giant ice chunks made the park their temporary home in February.

On this day, fourth grade students learned all about how to keep the earth clean.

"I really think it's much better to learn about starting good habits instead of learning it later on in life," said fourth grader Meredith Walting.

"I know a lot of them already recycle at their house so it's trying to instill it so when they get older they'll continue to do it," said teacher Becca Icker.

Eighth grader Christian Holmes says he's happy the park is clean again. He was concerned when saw the giant ice chunks in February.

"Is that bad? Should I be scared? Then I saw it all over the news and stuff," Holmes said.

About two weeks ago, volunteers had to clean up debris left behind by the ice chunks after they took over the park for close to two months.

"It feels great, get fresh air because I mean it's still pretty cold but it's a lot better than nothing," said eighth grader Claire Barlow.

And that's what people are keeping their hopes up for next -- to enjoy the park in some warmer weather.