WEST PITTSTON, Pa. — The Pennsylvania attorney general was in our area Tuesday to make an announcement about the opioid epidemic. He says drug takeback pr... 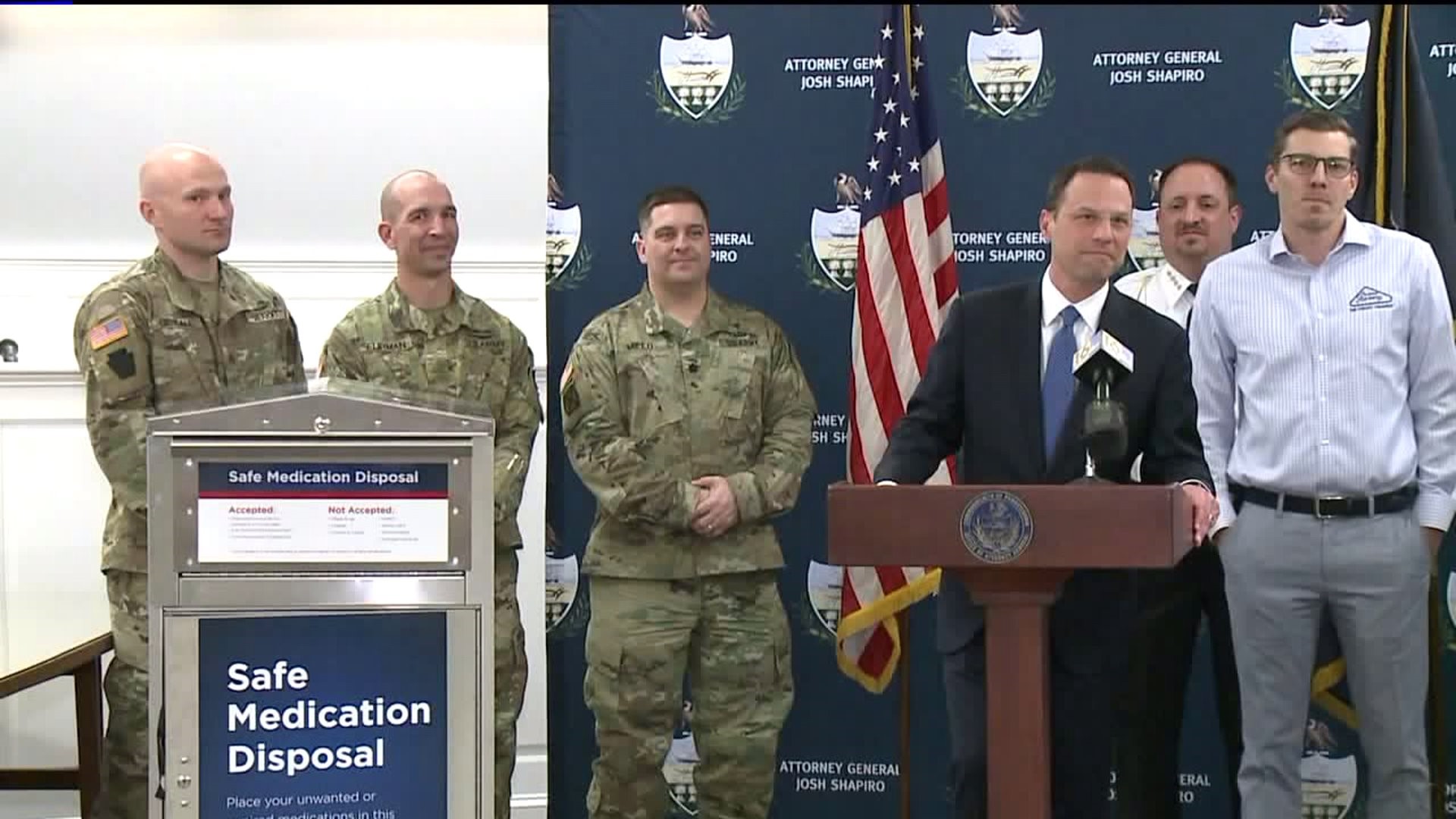 WEST PITTSTON, Pa. -- The Pennsylvania attorney general was in our area Tuesday to make an announcement about the opioid epidemic. He says drug takeback programs across the state have been responsible for taking a significant amount of prescription drugs off the streets.

Many of us have walked by boxes for prescription drug disposal.

"We get those drugs out of a medicine cabinet. We stop people from getting addicted in the first place. We save lives," said Pennsylvania Attorney General Josh Shapiro.

Shapiro came to the borough building in West Pittston to celebrate the impact these boxes have had on the opioid epidemic. He says in the past two years, 100 tons of prescription medication have been deposited in bins like these across the state. The drugs are then destroyed.

"100 tons. It's a significant amount of drugs, but it's not just the volume, it's the lives saved," said Shapiro.

The attorney general says he chose West Pittston to make this announcement because the community is setting an example.

"What we see here is the people stepping up, wanting to do something about it, disposing of their unused drugs and stopping people from becoming addicted in the first place."

West Pittston installed its prescription drug takeback box at the borough building last year. Since then, the borough has collected 100 pounds of unused medicine.

"We're all about making homes safer. Kids and teens shouldn't be around prescription medication, especially opioids, so our goal is to take the drugs out of the house, put them in a safe place," said West Pittston Police Chief Michael Turner.

"I grew up in a time when neighborhoods were great places to hang around and we want our neighborhoods back," said West Pittston Mayor Tom Blaskiewicz.

The attorney general also announced that the drug takeback program offered during a Pocono race weekend last year will be continued this year. If you drop off your prescriptions at the raceway that weekend, you can take a lap around the track.