The September floods nearly wiped out one of the area’s last remaining drive-in movie theaters. But the owners never gave up. And this weekend, the excite... 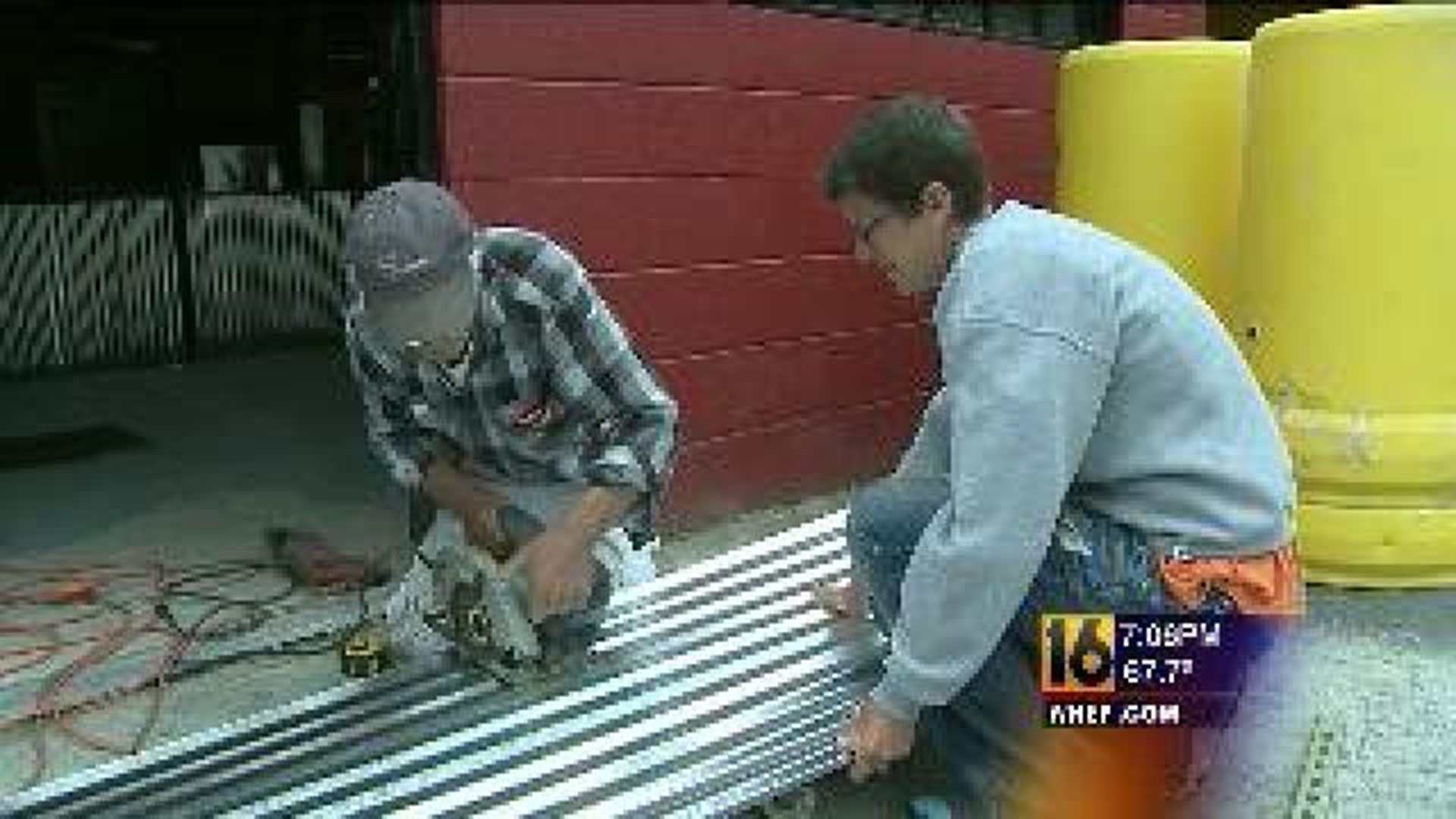 The September floods nearly wiped out one of the area's last remaining drive-in movie theaters.

But the owners never gave up. And this weekend, the excitement and action and Will Smith return to the big screen in Luzerne County.

Putting the final touches on a drive-in theater that became part of the Susquehanna River last year is no easy task. But Kim Barbacci says the Garden Drive-In near Shickshinny will reopen this Friday.

The Barbacci's took over the theater 24 years ago and have battled several floods in that time.

"This was the worst we`ve ever been hit. We lost everything. So to rebuild was very hard and difficult decision to try and come back," said Kim Barbacci.

During last September`s flood the water was so powerful it actually ripped the roof right off the concession stand and took the freezer and floated it several hundred yards down the river.

We definitely know we are in a flood plain but we hope we don`t see it again like this.  We get two to three feet of water we can handle that but with the damage of the roof ripped off and everything gone was really tough," added Barbacci.

People we talked to say they can't wait for it to reopen.

"It`s a nice place to just go, it`s cheap you get two movies. It`s cheap good food, since the flood it`s been upsetting because I love being in the comfort of her own vehicle so I missed it," said Lee Galazin of Nanticoke.

This Friday, Will Smith and the aliens will take to the big screen as Men In Black 3 is scheduled to debut at Garden Drive-In's grand re-opening Friday evening.