WRIGHT TOWNSHIP, Pa. — Some police and fire departments in Luzerne County opened their doors to a special delivery — Thanksgiving turkeys from Frien... 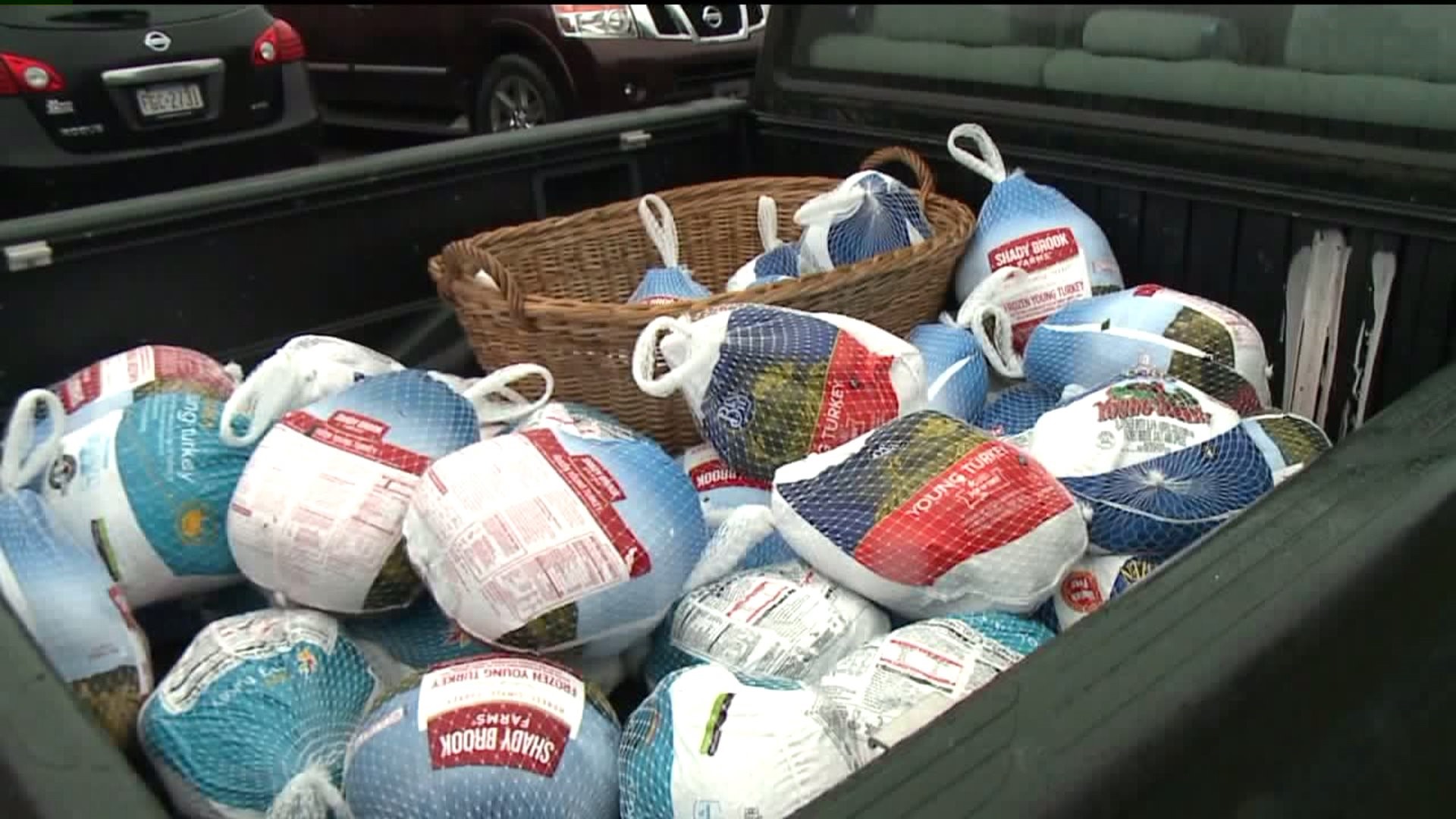 WRIGHT TOWNSHIP, Pa. -- Some police and fire departments in Luzerne County opened their doors to a special delivery -- Thanksgiving turkeys from Friends Can Make IT Happen, a charitable organization based in Freeland.

"These officers all over the United States, they're just, they have a thankless job some days and it's dangerous, and we just want to thank them and bless them," said Stacie Keen, Friends Can Make It Happen.

The first stop was the Wright Township Police Department in Mountain Top.

"It means a lot to us. It's not every day something like this happens to a police officer," said Wright Township Police Chief Royce Engler. "We're very, very grateful."

Members of Friends Can Make It Happen tell Newswatch 16 they will be delivering turkeys to first responders throughout Luzerne, Schuylkill and Lycoming Counties this weekend.

"To be able to give back to these officers that put their lives on the line for us and days are hard nowadays," Keen said.

Keen says she knows firsthand how hard holidays can be for law enforcement. Her father was a chief of police in Montgomery, Pennsylvania.

"You know sometimes I think about if they're not there with their family and they want to provide for their families but here the meal's provided," Keen added.

Next on the distribution list was the Rice Township Police Department. Keen's connection to law enforcement resonates there, too.

"Here we have somebody that works seven days a week, 24 hours a day so during Thanksgiving, there will be people working here all three shifts. So somebody has to cover, so somebody doesn't get to stay home with their families, so it's just a great appreciation," said Rice Township Police Chief Robert Franks.

After more stops in Luzerne and Schuylkill Counties, the truckload full of turkeys will make its way to Lycoming County this weekend.