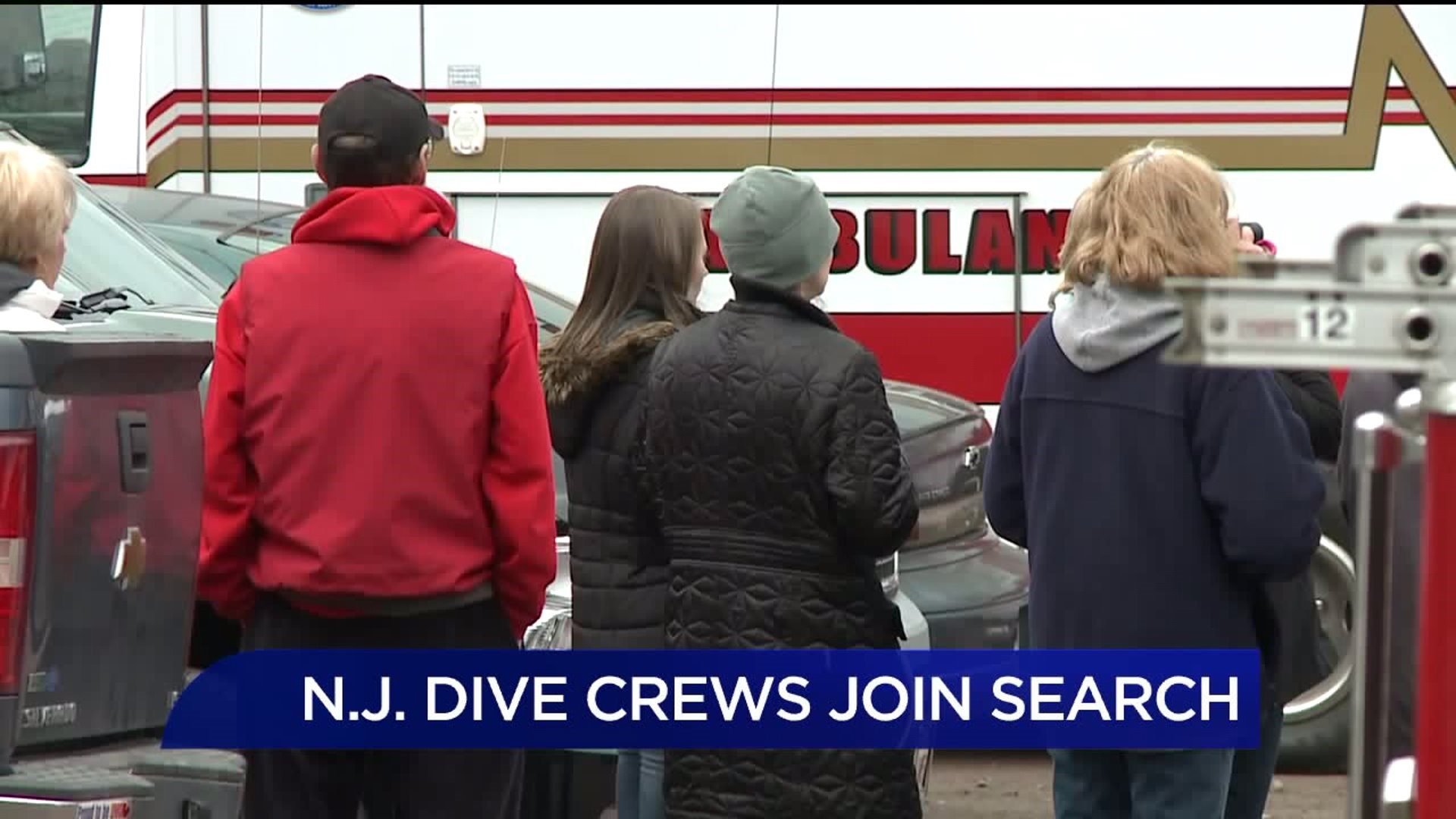 LAKE SILKWORTH--- A specialized dive team with advanced sonar technology was in Luzerne County on Thursday, searching Lake Silkworth for a missing man.

However, there was no sign of 22-year-old Adam Lutz of Nanticoke.

Family and friends of Lutz huddled together in the cold like they have been for the past week, as crews continued to look in the lake for their missing loved one.

Police said Lutz went missing last Thursday. Surveillance video shows he got out of his car on Roberts Street along Route 29 and walked towards the lake.

Officials have been searching for him ever since. After looking over nearby areas on land two to three times over, they recently changed their focus to the water.

On Thursday, a volunteer dive crew with the Garden State Underwater Recovery Unit used advanced sonar equipment to look over an area that search dogs marked on Monday as a section that needed to be thoroughly checked.

The crew also sent a diver into the water in the hopes of finding some answers.

However, they said, unfortunately, they were unable to find any trace of Lutz.

“We originally thought we had a hit, which turned out to be some rocks, which happened to look like the size and shape of somebody. We put a diver in and cleared the area. Now, we have to regroup and re-plan,” Captain Gerry Boylan of the Garden State Underwater Recovery Unit said.

After the divers pulled their boat from the water, a rainbow came across the sky. It was something the crew hoped was a more positive sign after a very difficult search.

“Even with the wind up here, if the wind pushes the boat off our trajectory of where we’re doing a sonar search, we could miss him by a foot or two,” Boylan said. “It’s very complicated to try to and do this, lay out a pattern, and follow the pattern exactly with conditions like we have today.”

Dive crew on Lake Silkworth was unable to find Adam Lutz of Nanticoke. The search is suspended until Saturday. Just as the crew pulled its boat from the water, a rainbow appeared. @WNEP pic.twitter.com/cUfkWtXmlK

The search has been suspended until Saturday. The dive crew said they will likely be back then to check other areas of the lake.

Lake Silkworth Volunteer Fire Chief Jerry Walker has been organizing a quite a lot of the search effort. He thanked all the emergency officials, volunteers, and community members who have given their time in this search so far over the past week. Walker said he is determined to find answers for the family of Adam Lutz and he will continue to use all the resources he can to get the job done.