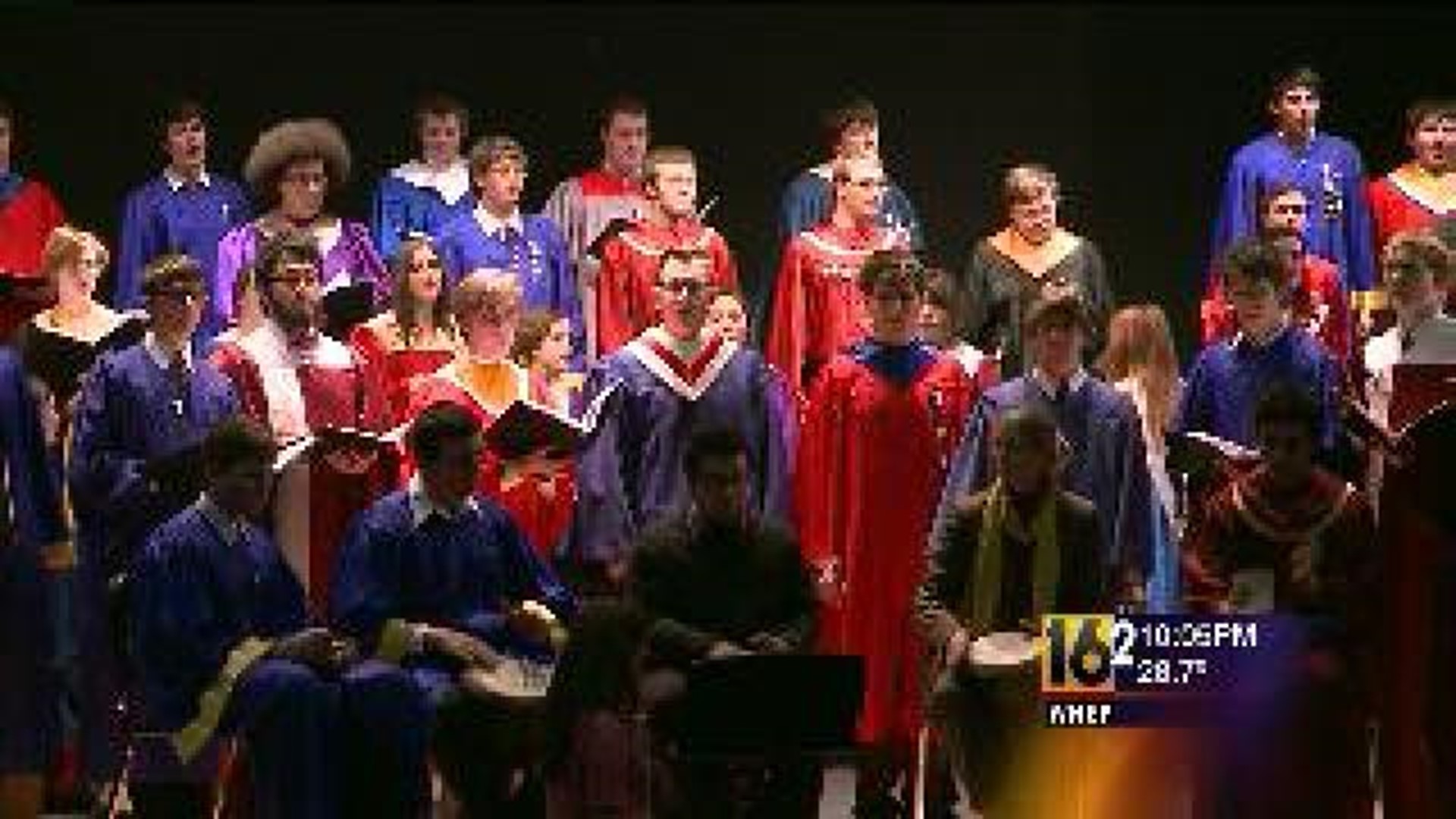 DALLAS TOWNSHIP – Officials with the Pennsylvania Music Educators Association cancelled the last day of the District 9 chorus festival and rescheduled Friday’s concert to 7 p.m. Thursday night, due to safety concerns over an anticipated snowstorm.

The district chorus concert, which was held inside the Dallas High School auditorium, featured more than 160 students from 33 school districts in Lackawanna, Luzerne, Wayne, Wyoming and Susquehanna counties.

PMEA District 9 President Nino Bennici told Newswatch 16 that last day of the chorus festival was cancelled and the concert was rescheduled because officials did not want to risk students and their families driving to the concert doing a snowstorm on Friday night.

We took a look at the schedule here and what the forecast was and in the best interest of everyone, we thought it would be wise to have the concert tonight and get all the kids out of here tonight," said Jeffrey Shaffer, Dallas High School Principal.

Hundreds of family members and friends attended the concert and said they were grateful officials re-scheduled things.

"I love it because if they came tomorrow, I wouldn't be here, I would be a nervous wreck, especially 'til they got home," laughed Joan Scripkunas of Duryea, who attended to watch her granddaughter sing.

"I'm grateful, filled with gratitude that they would be decisive and want everyone to be safe," said Kathleen Host who drove all the way from Montrose to watch her daughter perform.

The director of the chorus festival said school districts will be refunded for 50 hotel rooms that were booked for Thursday night.