Discount Retailer Opens in Place of Former Toys ‘R’ Us

WILKES-BARRE, Pa.– A discount retail store is up and running in Wilkes-Barre in place of a former Toys ‘R’ Us. To many in the Wilkes-Barre are... 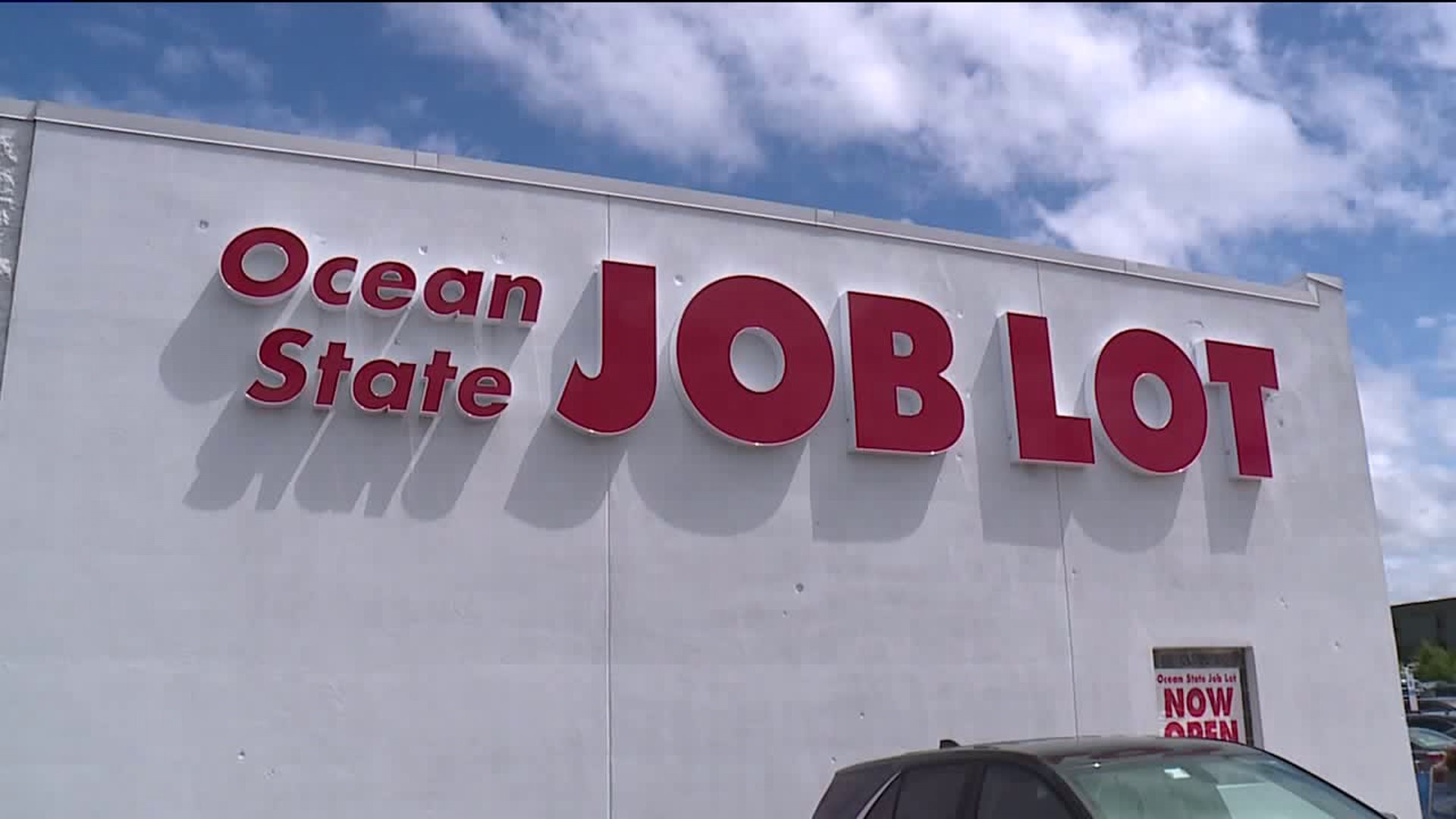 WILKES-BARRE, Pa.-- A discount retail store is up and running in Wilkes-Barre in place of a former Toys 'R' Us.

To many in the Wilkes-Barre area, the storefront may look familiar. What was once a Toys 'R' Us is now an Ocean State Job Lot.

Already, the parking lot is full.

"It's a great response," Ed Stephens, store team lead said. "Word to mouth was out there first. We put some advertising out there today and we've gotten a good response so far."

The Toys 'R' Us closed in Wilkes-Barre at the end of June 2018. The Rhode Island-based discount retailer then announced its plans to take over the building in January. This is Job Lots first store in Pennsylvania and its 139th overall.

"We are a closeout company," Stephens added. "40 years ago our owners were selling in a flea market selling off-sized shoes and things like that. Built it over the years and have established with that base of closeout to get other categories involved. "

Ocean State Job Lot had a soft opening last Friday, with the grand opening this Saturday. There are about 50 employees who work there. Some of which used to work at the toys r us that was here.

"I thought I was going to be out of a job," Barry Hughes, an employee who used to work at Toys 'R' Us said. "Once I got the call that 'Hey ocean state job lot is open, would you like to come do back of the house with us?' I said 'absolutely.'  Finding jobs was tough. I had millions of applications out there. This was the one that called."

This centrally located store on Kidder Street gives customers a place they can go for a wide range of affordable items.

"A lot of them don't have this stuff," Herb Otway of Hunlock Creek said. "They're closing. I just went to pool places and all this stuff is expensive and I looked at this. It's cheaper and it's the same thing."