It was a burglary that left the owners with thousands of dollars of damage. There's so much damage the place can't open. 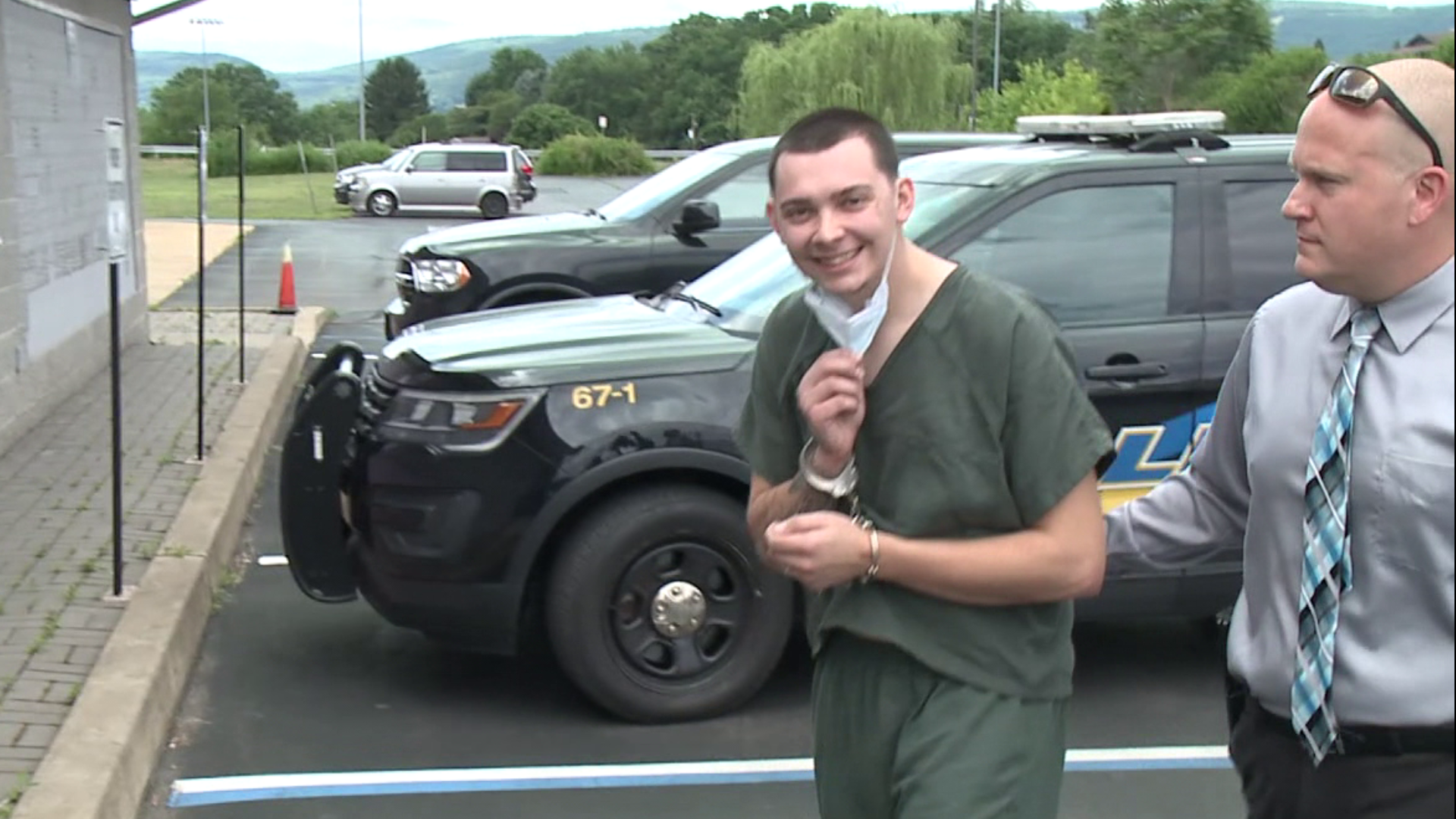 LUZERNE COUNTY, Pa. — Michael Pisano, 22, of Kingston dropped his mask to smile at Newswatch 16 while police escorted him to his arraignment in Plains Township.

Investigators say Pisano is the second person involved in causing damage and stealing an ATM from D's Diner on East Main Street at the end of May.

RELATED: Burglars trash D's Diner, get away with ATM

The first is allegedly Daydrian Burroughs, who was arrested the day following the break-in on May 28.

Court papers say both were clearly seen on surveillance footage loading the ATM into a pick-up truck.

However, Pisano tells Newswatch 16, "I wanna say I hope you guys find the person that did these crimes because I'll tell you what, I'm innocent and it will be proved."

Pisano also told police that they have the wrong man.

"I know I'm innocent. That's that. I am not stressed at all. Do you see me stressing?"

Dan DeMellier is the owner of D's Diner.

He says despite Luzerne County "going green," he hasn't been able to open because of all the tens of thousands of dollars worth of damage caused in the burglary he's still trying to recover from more than a month later.

"With everything being delayed, it's taking longer to get the doors, the rails, the actual metal for the building," explained DeMellier.

DeMellier says he and his employees are anxious to open, but are relieved the people police believe to be responsible have been identified.

"I couldn't ask for anything better. They got both suspects that were involved in this, and hopefully, they'll get their punishment now," added DeMellier.

The diner is hoping to reopen in the middle of July.

Pisano is facing a number of felony burglary charges and is locked up on $250,000 bail.

His next day in court scheduled for July 15.