Despite the pandemic, Red Kettle campaign kicks off

The pandemic is adding an extra challenge on top of already trying to receive donations. 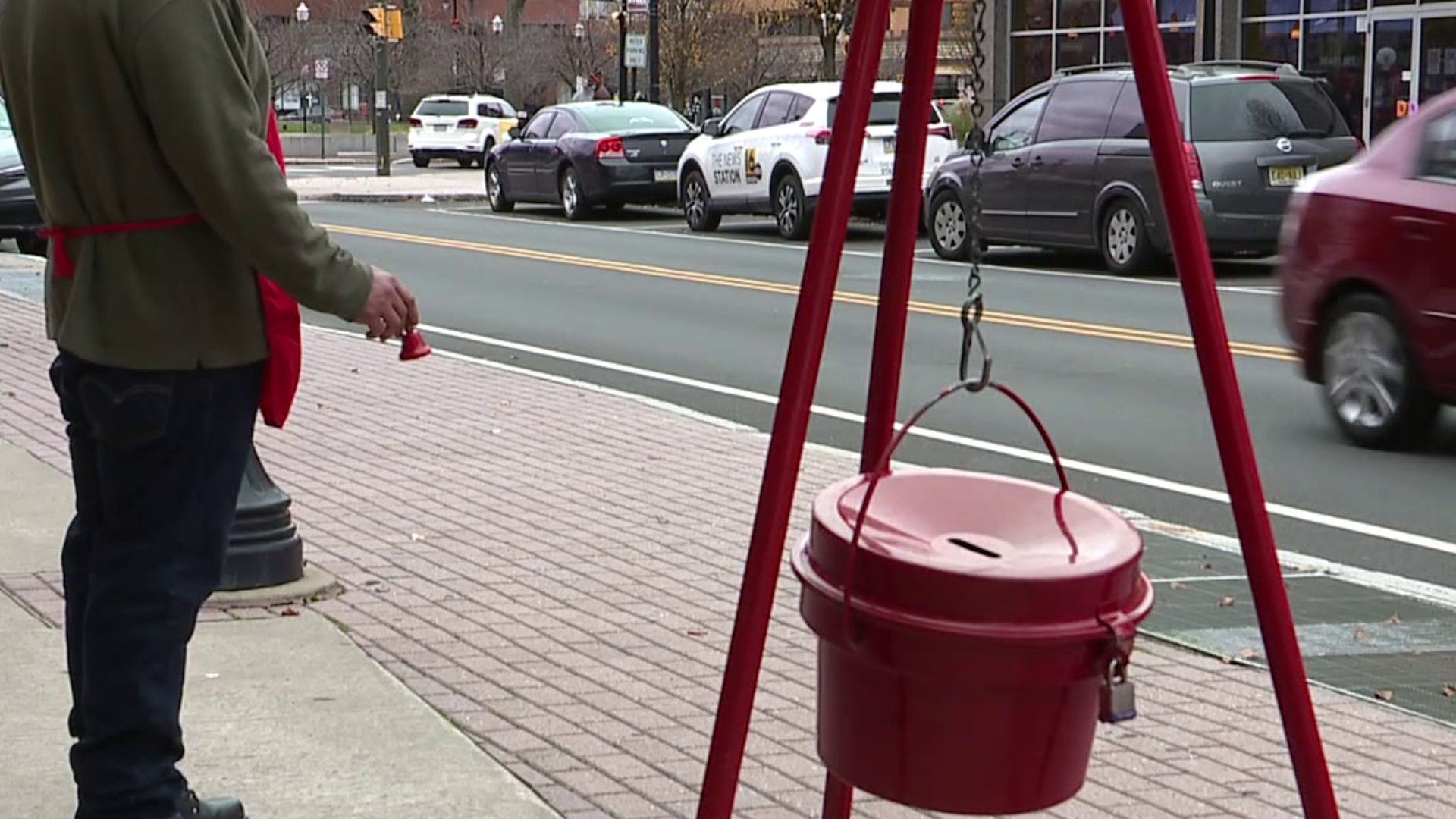 WILKES-BARRE, Pa. — It's a sound all of us are too familiar with and it only comes around near the holiday. The ring of one single bell.

The Salvation Army's Red Kettle campaign kicked off in Wilkes-Barre this Friday but with a different feel because of the pandemic.

Standing nearly 6 feet apart, bell ringers were socially distant from their kettles as shoppers passed by dropping whatever change they had.

But the leader of the Salvation Army's Wilkes-Barre chapter said there was a doubt that the annual bell-ringing campaign would happen.

"It was said that we were going to be canceled because we couldn't get any stores to commit to having us at their location," said Lieutenant Ismael Ortiz, leader of the Salvation Army's Wilkes-Barre Chapter.

Luckily many of the Salvation Army's partners stepped up to help.

This year the Wilkes-Barre Chapter launched a virtual Red Kettle campaign in hopes that those who don't shop in person but normally donate will show their support online.

Lt. Ortiz says on average, every month the Wilkes-Barre Salvation Army chapter helps over five hundred families and they hope that doesn't change.

But the chapter needs volunteers.

If you would like to donate to the Red Kettle campaign online, check out their website here.

If you are interested in becoming a bell ringer, check out the Salvation Army's volunteer page.