PITTSTON, Pa. — A blighted property in Luzerne County is now a pile of rubble after it was demolished Tuesday. Pittston city officials say the former Padd... 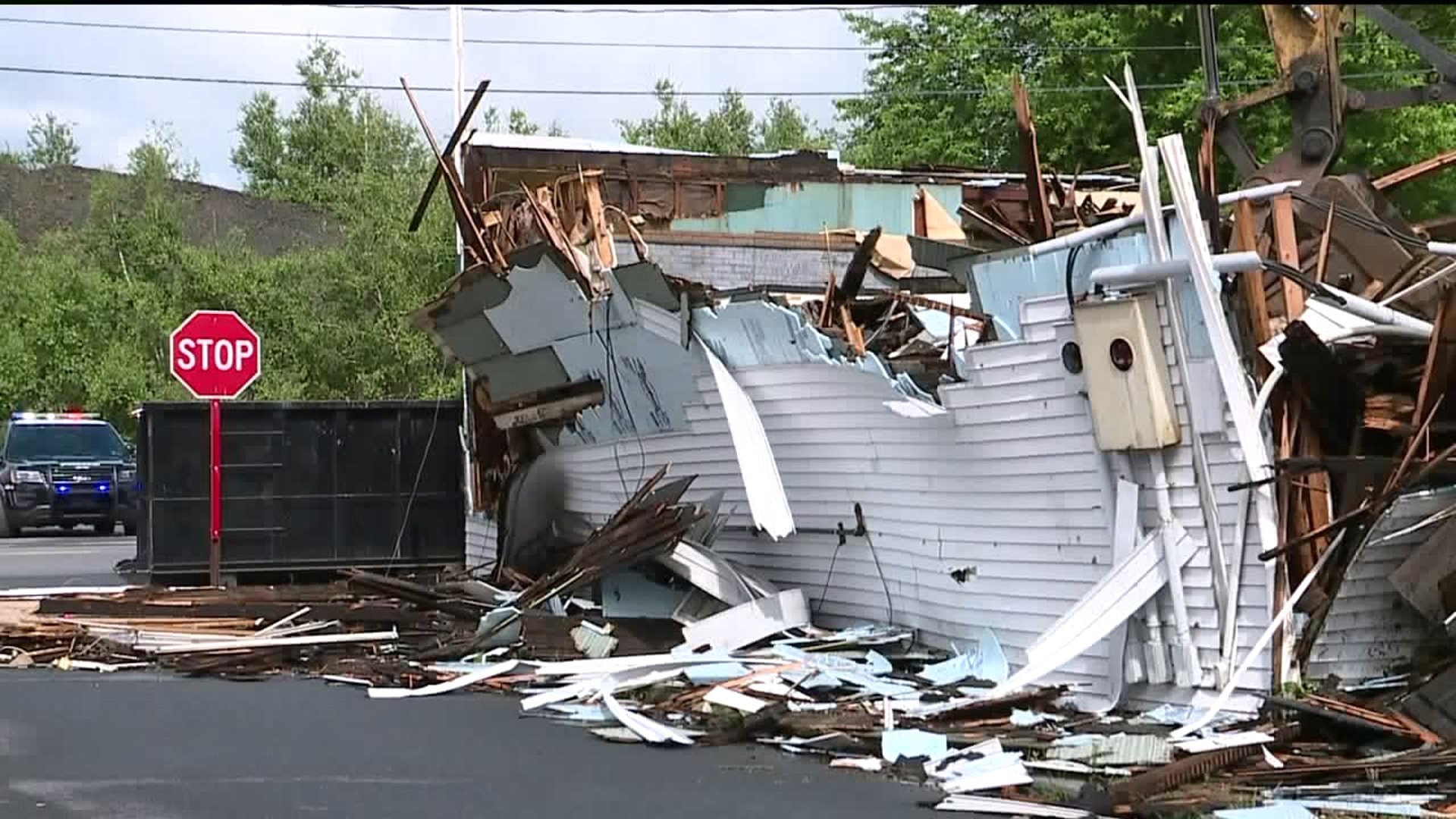 PITTSTON, Pa. -- A blighted property in Luzerne County is now a pile of rubble after it was demolished Tuesday.

Pittston city officials say the former Paddy's bar and eatery was taken down after more than a decade-long battle with its owner.

The mayor says the city has fought for years to get the owners to bring the building up to code with no luck, so city council voted Monday night to demolish it.

It's a sight people living in this neighborhood off North Main Street have longed for more than a decade to see. The former Paddy's bar and eatery was taken down by a demolition crew after the blighted property sat vacant for years.

"It's been a problem for years," said Bridget DeGerolamo of Pittston. "It's been abandoned and nobody taking care of it for more than 10 years now"

"You'd be afraid to walk there. You'd be afraid something would fall down and animals living in there, so it just wasn't a good thing," Lorraine Notari of Pittston said.

"We've had to send our public works department down to board it up. The grass has never been maintained or cut. If garbage is dumped in the yard, that has been an issue. We've been forced to clear that up," said Pittston Mayor Michael Lombardo.

Lombardo says city council voted to take down the property after fighting for roughly 12 years to have the building brought up to code.

Lombardo says the owner, Douglas Bruce from Colorado, has refused to work with the city despite having code violations filed against him.

"Charges have been filed through the magistrate's office. We've got no cooperation," Lombardo said.

"He's really degrading the people in our area. Let him live next to something like this and see what he would do," DeGerolamo added.

The mayor says he wants to get a lien filed against the owner that would order him to pay back all the money the city has spent on the property, including the demolition work.

"The city tried to fight him but he didn't care. He's from Colorado and I'm just so glad it's gone," Notari said.

The mayor says a structural engineer recommended the building be torn down immediately.

Calls to the owner were not returned.