Death After ‘Scuffle’ at Luzerne County Prison Under Investigation

WILKES-BARRE, Pa. — A death investigation is underway in Luzerne County after a Berwick man died following a scuffle with corrections officers at the Luze... 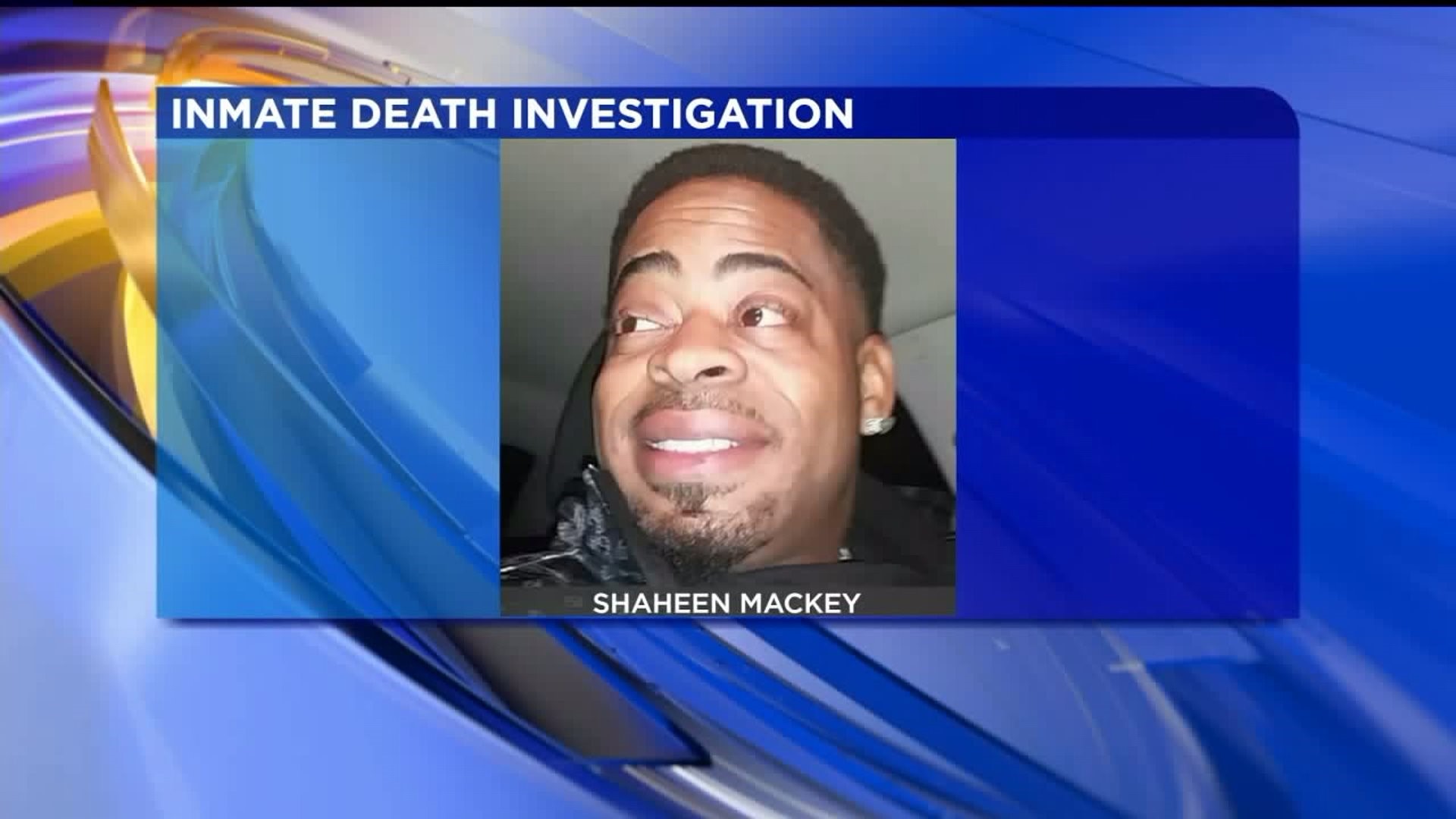 WILKES-BARRE, Pa. -- A death investigation is underway in Luzerne County after a Berwick man died following a scuffle with corrections officers at the Luzerne County Correctional Facility.

The family of Shaheen Mackey say Mackey's neck was crushed, his body bruised, and his stomach bleeding after an incident at the Luzerne County prison. One question still nags all of them.

"What the hell happened? What did you guys do?" asked Mackey's girlfriend Jerrie Lee Babb.

Mackey was taken to the Luzerne County prison on Wednesday for allegedly violating a protection from abuse order.

Officials say Mackey started acting aggressively toward corrections officers, needed to be restrained, and suddenly had a medical issue. But his family says Mackey was having a seizure and just needed to be taken to the hospital.

"My brother was far from perfect, but as far as just physically hurting anybody, no. My brother was loving. He was caring. He was there for anybody who ever needed him," said Mackey's sister Rasheda Hammonds.

When Mackey's family was able to see him again for the first time after the scuffle, they say he was in shackles and on life support.

"There were bruises all along the back of his arms, his thighs. It doesn't explain just a scuffle," said Hammonds.

"I felt like I was in a nightmare. I couldn't really take it in. Like my dad is really gone, and he's not going to come back," said his daughter Tati Mackey.

The Luzerne County District Attorney's Office is investigating the death.

"The detectives are obtaining every piece of possible evidence including reports, interviews, any video from either the stationary cameras or sometimes the incidents are recorded on handheld cameras," said Luzerne County First Assistant District Attorney Sam Sanguedolce.

His family is dealing with his loss.

"I graduate on Wednesday and he was really excited. He was telling me how he wanted to record everything," said Tati Mackey.

Investigators said the results of the autopsy on Mackey's body will not be released until the district attorney's investigation is complete.