Driver Ryan Newman was hospitalized after the frightening crash on the last lap of the race. 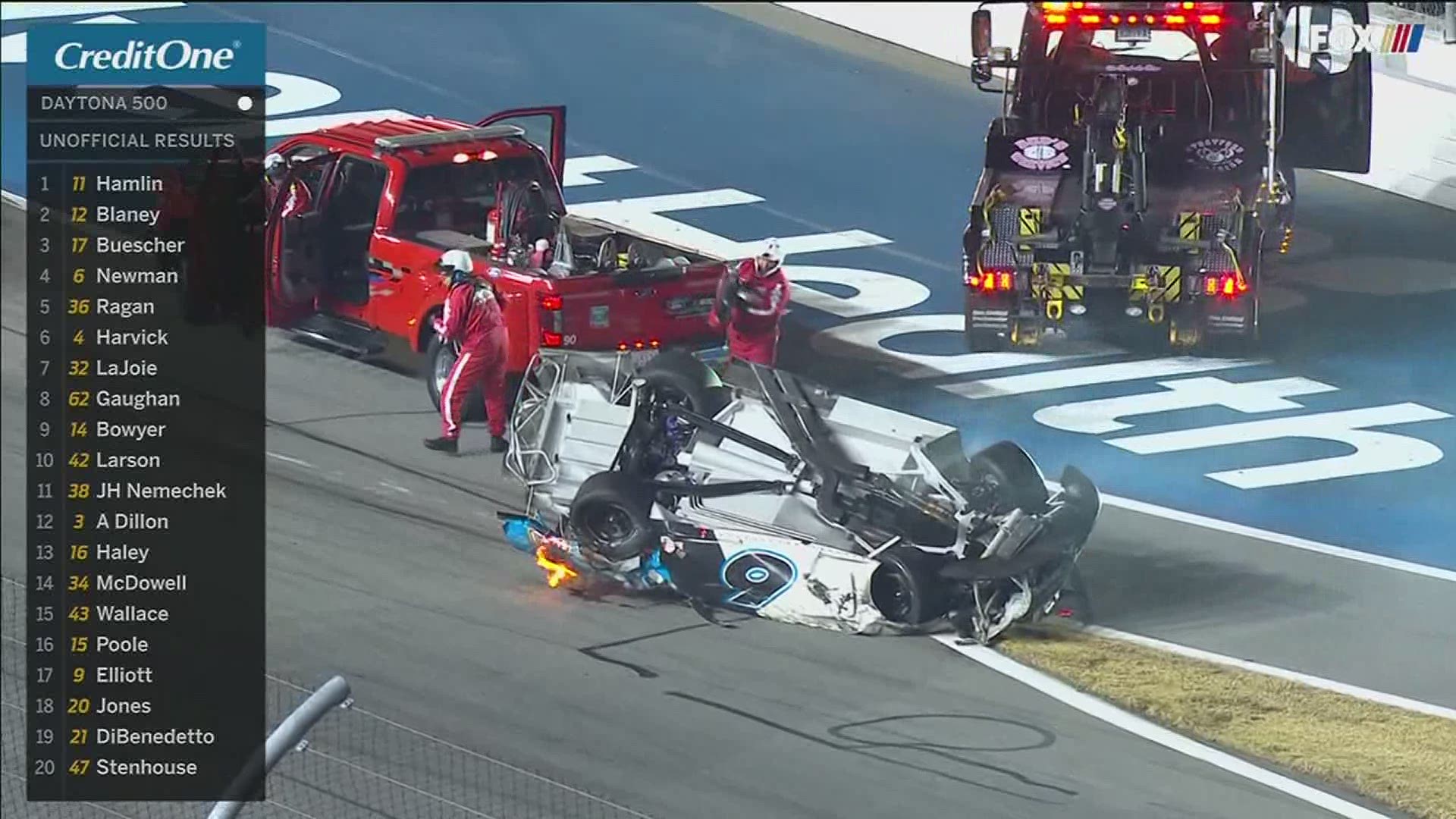 DRUMS, Pa. — According to a statement from NASCAR, Newman is in serious condition at a hospital near Daytona. Doctors said his injuries are not life-threatening. But for a couple of hours last night, people watching both at the track and at home, were unsure if Newman had survived the crash.

NASCAR fans everywhere held their breath after watching Newman crash into the wall, flip upside down, then get hit by another car, during the final lap of the Daytona 500.

Newman is veteran of the sport, having raced at Pocono Raceway in Monroe County more than three dozen times

He's a familiar face to fans here, and on numerous occasions, Newman shared with Newswatch 16 his love for the Poconos and its storied track.

"This is one of my favorite race tracks, always like Pocono, always like the area, always talked about going fishing, things like that. But coming up here with a new team and a new organization, just kind of working through all three corners of the Tricky Triangle," Newman said in 2014.

"I actually couldn't sleep. I was up, kept checking Twitter and Facebook, and everything to see some kind of outcome," Makarewicz said. "Watching him not only flip in the air but get slammed into the driver's door by the oncoming car, that's what made it the worst."

For drivers and fans alike, the final lap of this year's Daytona 500 was eerily similar to the one 19 years ago, which claimed the life of Dale Earnhardt.

The outcome of this crash was different, though, and Makarewicz says its thanks to the safety measures that NASCAR implemented in the wake of Earnhardt's death.

"Absolutely, 100%, without a doubt. Like the HANS device, the full containment seat, it'll hold you in the car tight, and it doesn't let you move around in an accident like that," added Makarewicz.

Still, he predicts more safety improvements will come after this latest accident.

But for now, the racing community is coming together to support Newman, and hope for a full recovery.

"We're a huge family, we really are," Makarewicz said. "Some of us do it for a living, some of us, like here, do it for a hobby, but we all want to come happy and leave happy and healthy."