DALLAS TOWNSHIP, Pa. — In a unanimous vote, the Dallas School Board approved a new teachers contract, ending years of gridlock. It was only one minute int... 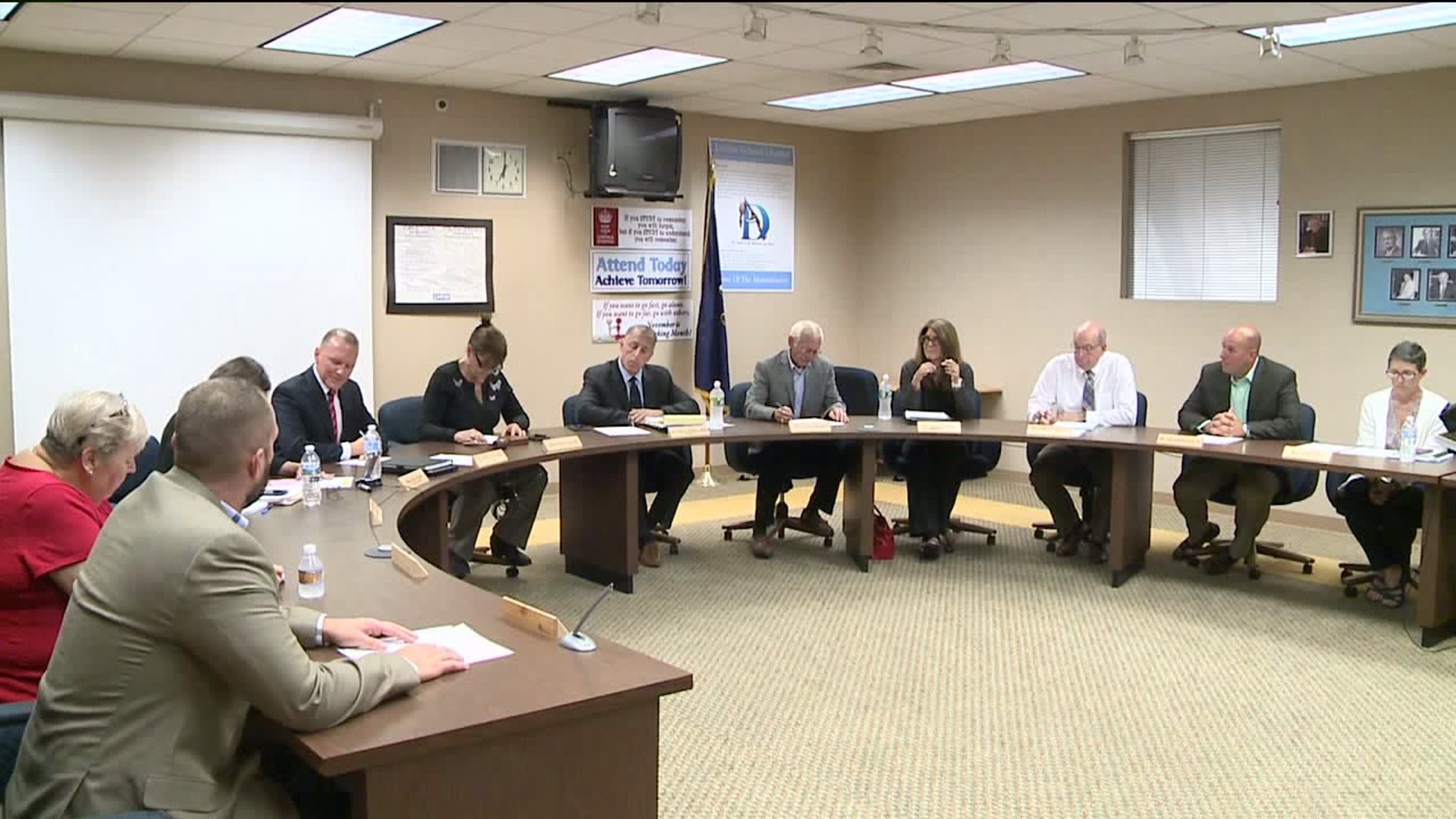 DALLAS TOWNSHIP, Pa. -- In a unanimous vote, the Dallas School Board approved a new teachers contract, ending years of gridlock.

It was only one minute into a Sunday night school board meeting at Dallas School District's administration building and a years-long dispute over a new teachers contract was over.

The board agreed to the latest contract offer, good for eight years. Three of those years are retroactive.

"I'm glad to see the school board is ready to put this to rest, to get peace and stability back to Dallas School District," said Michael Cherinka, president of the teachers union.

Dallas teachers went on strike back in 2016 after working without a contract for a year. Eventually, a court-appointed mediator helped resolve the stalemate.

The teachers union approved the contract this past week.

"We're all relieved. We'll have the 2018-2019 school year through 2023. We won't have to deal with any teacher strikes," said Vito DeLuca, Dallas School Board solicitor.

District leaders say the new contract means teachers will have no more early retirement or medical benefits when they retire. It also means they'll pay part of their health care for the first time: 10 percent for each new hire and six percent for current employees.

"They've got to stay in school because it is affecting their learning and holding them back," said Samantha Naylor of Dallas.

"When I was a sophomore, it was really bad. We had five weeks off during Christmas and a little bit during Thanksgiving, and we all came back with a positive attitude," said senior Kyle Greenwood.

The union president says it's now time to focus on students now that the contract dispute is over.