DALLAS, Pa. — Roundabout problems continue in Luzerne County. Less than a year after a roundabout in Dallas was completed, it needs to be repaved because ... 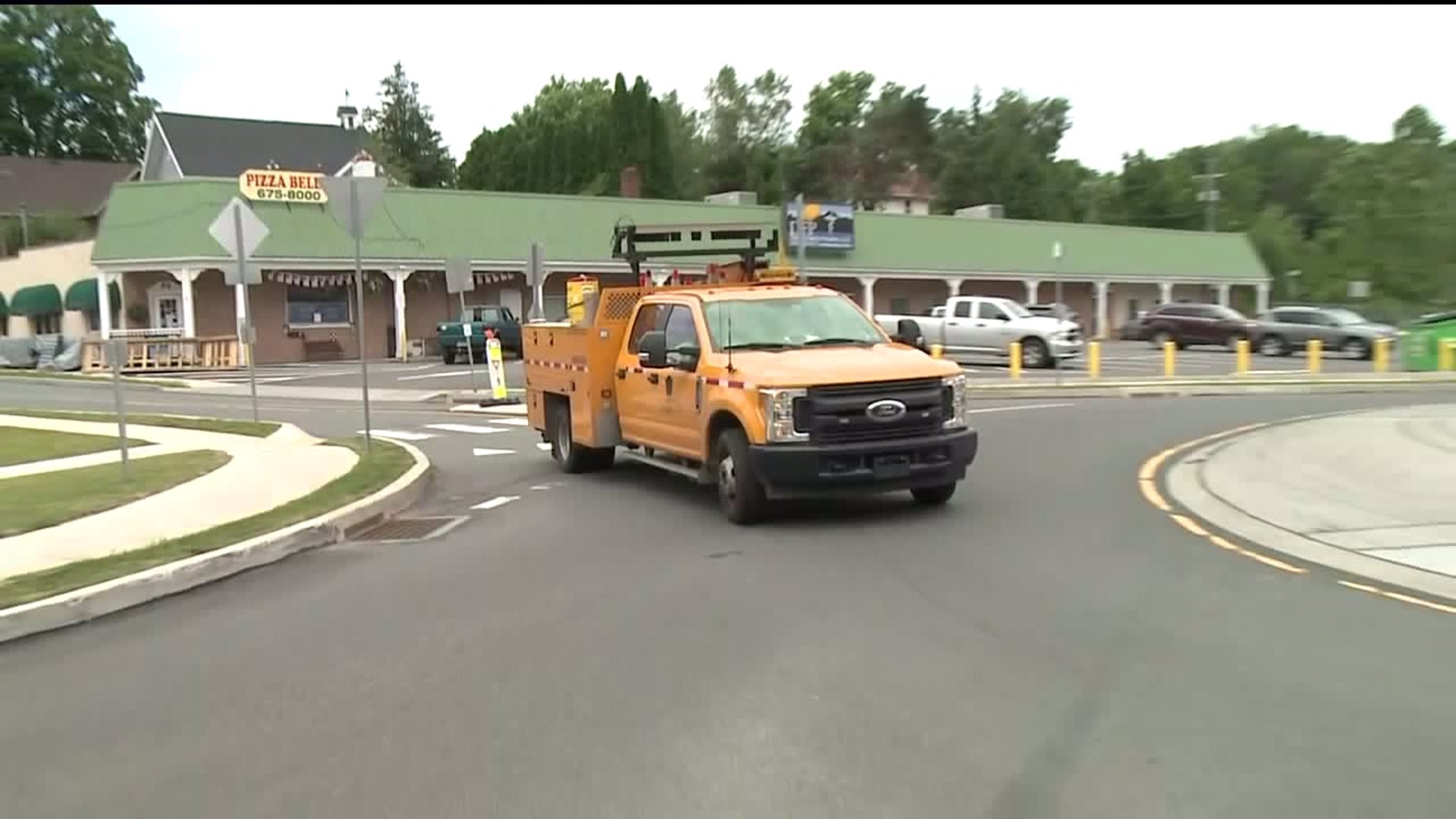 DALLAS, Pa. -- Roundabout problems continue in Luzerne County. Less than a year after a roundabout in Dallas was completed, it needs to be repaved because parts of it are already starting to crumble.

The work was scheduled to take place over the course of two nights next week, but something happening nearby during that same time caused crews to postpone the work.

The tents are up and ready to go outside the Back Mountain Memorial Library in Dallas. Organizers were excited for the annual auction set for next week until they learned roadwork on the nearby roundabout would cause delays for people trying to attend their fundraiser.

"We just realized it that it would be a concern. We had patrons concerned about it happening during the auction," said Martha Butler, Back Mountain Memorial Library.

"The roundabout here is new and the pavement is very new. However, what we're finding is that some of the top course on this roundabout is beginning to crumble," said PennDOT official James May.

"That's surprising to me considering I'm sure how much money went into it. I'm happy they are repaving it because I did notice there were a lot of cracks or whatever," said Chris Miller.

PennDOT had originally scheduled the work to take place between 7 p.m. and 7 a.m. on July 8 and July 12 but decided to reschedule it because of the library's big event.

"I'm thrilled," Horshoko said. "I didn't know about it until just now and I think it's wonderful."

"I think it's great because we provide bus transportation from Thomas's Market and the ability to use the roundabout is going to be a great thing," said library volunteer Mary Ann Finch.

PennDOT says the fix will not be paid for with taxpayers' dollars.

A new date for that road work has not been set, but again it will happen mostly during overnight hours.