Multicultural Parade kicks on in Wilkes-Barre

The parade weaved through Wilkes-Barre's downtown featuring community groups and groups of all different ethnic backgrounds. 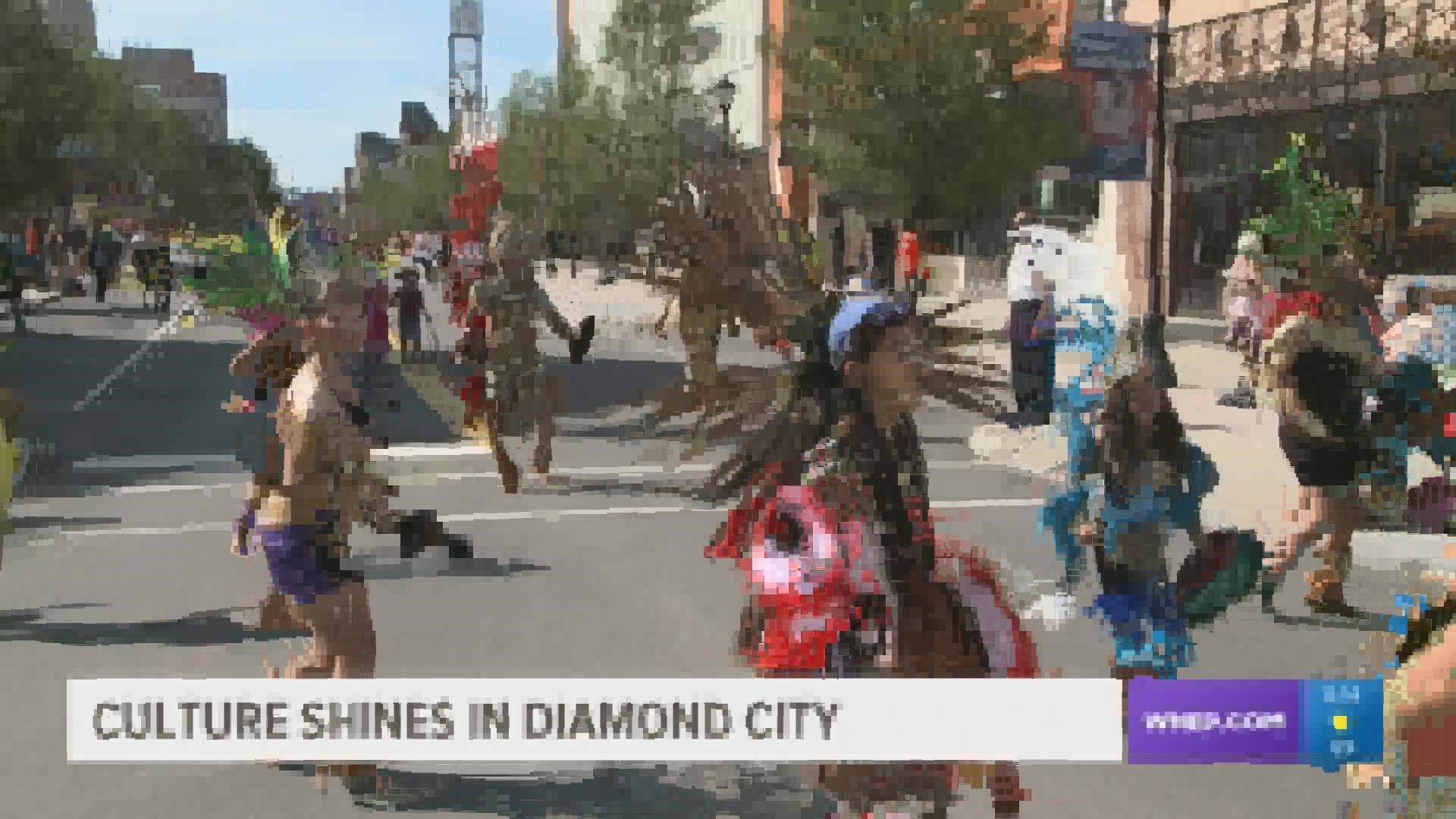 WILKES-BARRE, Pa. — The Diamond City shined in many colors for the city's 4th Annual Multicultural Parade.

One of the brightest: Guadalupe Ovalle, who came to study at Wilkes University from her native Panama.

"The United States is full of many people from many countries, Latin people, and I see all of them very proud of their country and that's amazing," said Guadalupe Ovalle.

The parade weaved through Wilkes-Barre's downtown featuring community groups and groups of all different ethnic backgrounds.

"Wilkes-Barre, since I've been here, four years ago, has been a cultural place. So, I just wanted to be a part of that community," said Citalli Zaragoza, King's College student.

While the parade and party celebrates diversity, Wilkes-Barre Mayor George Brown says it really is all about community.

"he idea is to bring all the cultures together that make up the city of Wilkes-Barre. You can see today, every part of that ethnicity is here today that makes up our community. We're all having a good time, the parade was great. Now, we're going to enjoy some food and music and just get together and have a wonderful time," said Mayor Brown.

The parade ended with a festival on Public Square complete with music, dancing, and lots of food.

The Wilkes-Barre Health Department was there offering covid-19 vaccines..

Organizers say this is one of the best-attended events ever.

"This has been one of the biggest ones after the pandemic, you know? I'm excited to see everybody get back out in unity and celebrate their culture," said Erica Acosta, Parade Grand Marshal.