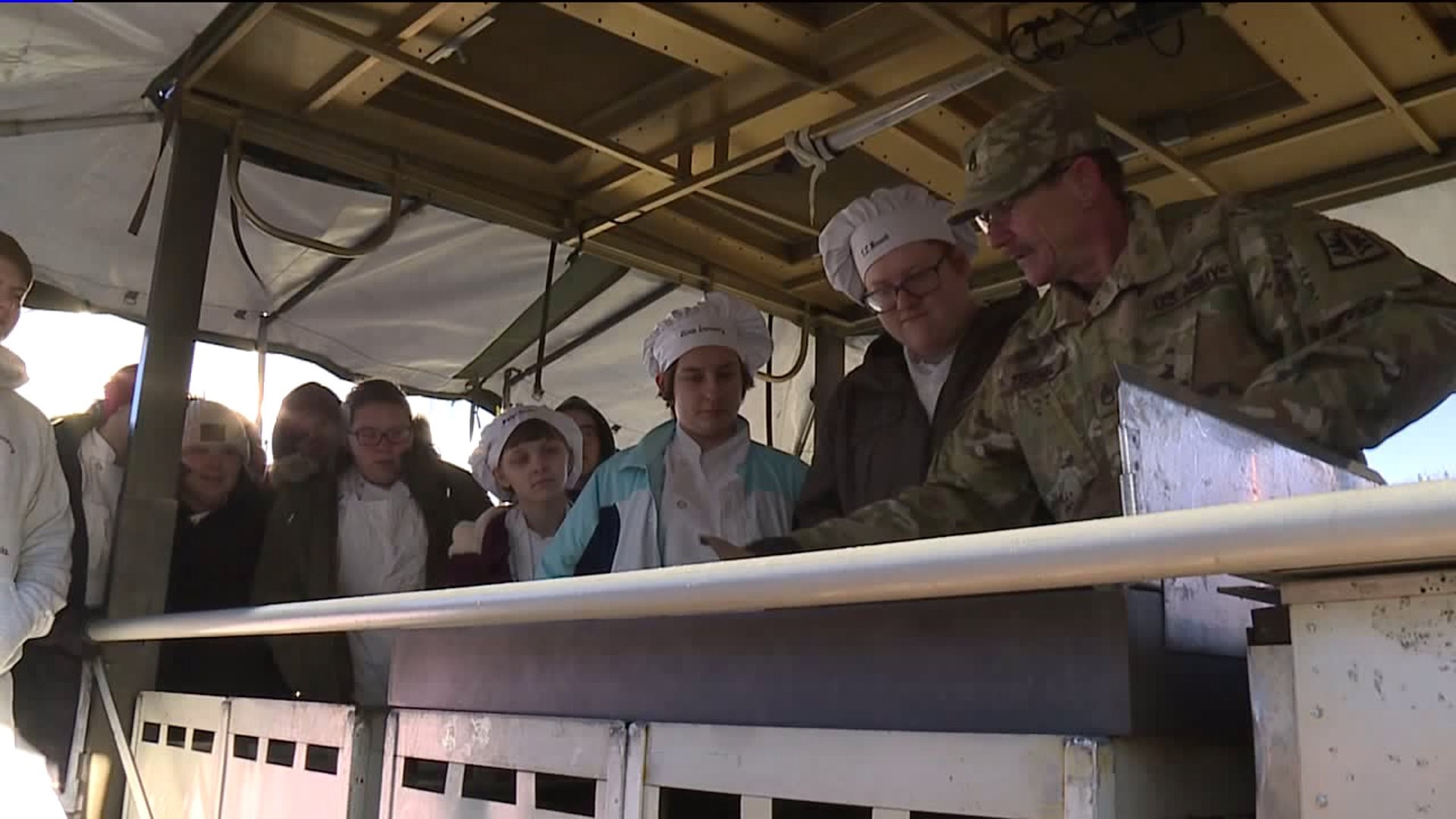 It was a chance for culinary arts students to see how they could take their skills to the military.

"It's pretty intense, it'll be a great experience for them to see what it's like to work in the field,” said Molly Miller, a culinary arts instructor.

The students got a hands-on look at this Army mobile kitchen and they heard more about their career options, like being a cook in the military.

Army officials said it takes four people to set up one of these mobile kitchens and they usually have 90 minutes to do all of the preparations and be ready to cook.

"It's really interesting! I think it's kind of cool because the Army was like always like a hero to me. My dad is in the Army and seeing this it was like mind-blowing," said student Angelina Rios.

Army officials say they also talk to students about other jobs like working as animal technicians or mechanics.