WILKES-BARRE, Pa. — The off-ramp at exit 3 on the North Cross Valley expressway near Wilkes-Barre will close on April 1. That’s the exit that takes ... 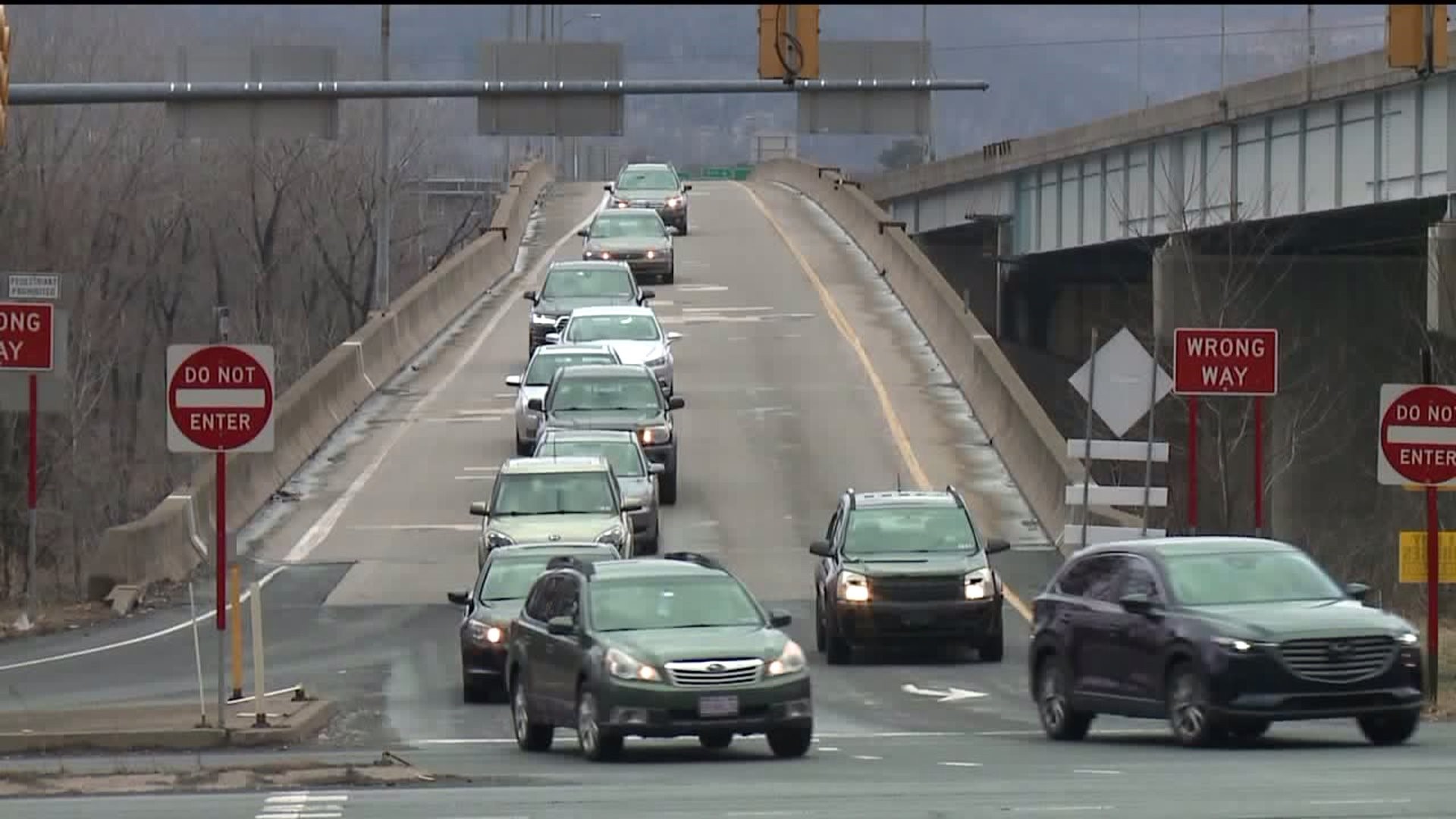 WILKES-BARRE, Pa. -- The off-ramp at exit 3 on the North Cross Valley expressway near Wilkes-Barre will close on April 1. That's the exit that takes you to River Street.

The ramp is expected to be closed until the fall of next year.

"It'll be tougher getting to the west side off of River Street because you have to drive all the way around," said Mark Smyden, owner of Mark Smyden Construction.

PennDOT is closing the ramp so it can replace portions of it. That work will take about a year. Drivers coming from the Back Mountain who want to get into Wilkes-Barre will have to use the next exit south.

A temporary traffic light has been set up on the off-ramp at exit 2 that takes you to Wilkes-Barre Boulevard.

Wilkes-Barre Fire Chief Jay Delaney tells Newswatch 16 that he has concerns about the detour. He hopes the temporary light becomes a permanent one.

"This is already an extremely, extremely busy intersection that we've had multiple accidents and we're going to actually put a lot more traffic into this area, so people are going to have to be really careful," said the chief.

Drivers have already had to deal with detours in this area.

PennDOT closed the on-ramp on the other side last year for similar work.

"it's tough and they're going to shut it down for a year. Which I understand they have to do to repair it," Smyden said. "It's going to be a big problem for everybody, I think."

The owner of Antonio's Pizza near the ramp wonders how the closure will affect his business.

"It would affect it but not as much. I'm glad that River Street is open. We're getting a lot of clientele that way but having the ramp close again won't help," Luigi Carannante said.

PennDOT has worked out a special detour for emergency vehicles needing to get to Wilkes-Barre General Hospital during the ramp closure.