WILKES-BARRE – “Roll, Tide” is a familiar cheer in Tuscaloosa, Alabama, but Harry Daugherty doesn’t know of too many other Alabama fans here in northeaste... 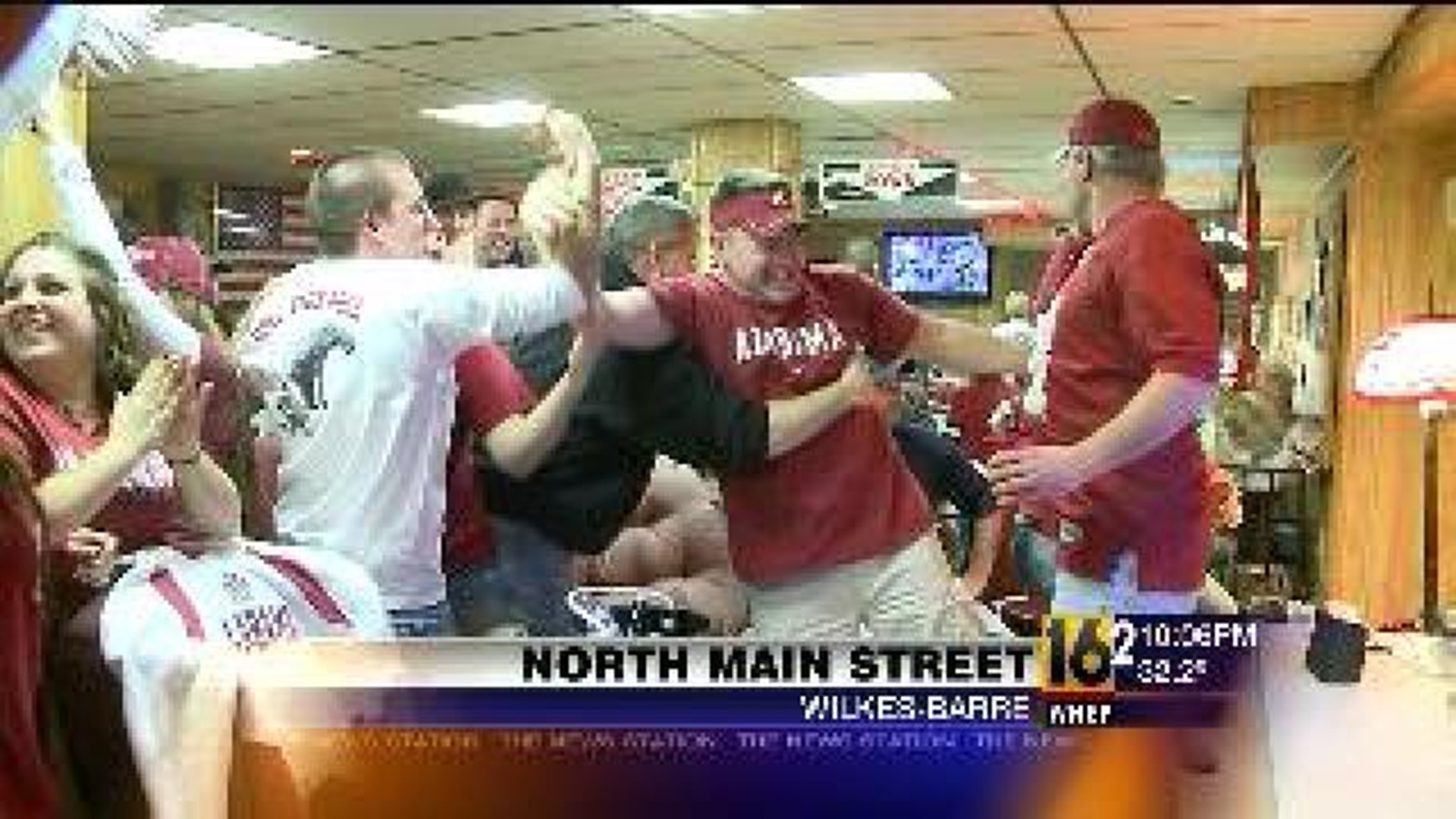 WILKES-BARRE – “Roll, Tide” is a familiar cheer in Tuscaloosa, Alabama, but Harry Daugherty doesn't know of too many other Alabama fans here in northeastern and central Pennsylvania. That's why, even when he arranged a Crimson Tide party for the big championship game at the North End Slovak Club in Wilkes-Barre, a few Notre Dame supporters showed up, too.

One of the biggest Irish fans just happens to be Harry's wife.

"But with Harry it's kind of infectious so you grow to love his team but my heart is with Notre Dame, so no matter what, I am going for the Irish," said Dana Daugherty.

Harry's been a Tide fan for more than 30 years.

He sees at least one game in person each year down at Tuscaloosa and when he watches Alabama games on TV in his crimson-colored basement, he sits in his lucky recliners.

Chairs so lucky, he even brought them along to the party

"Every Saturday, I have a college football party at my house and everybody is either a Notre Dame fan or an Alabama fan so I guess to have this is so special and so great because we have so many great friends. My family is all Notre Dame fans so to have a party like this to get everybody together is fantastic. I love it!" said Harry Daugherty.