FREELAND, Pa. — Flames ripped through a home in Luzerne County leaving one person dead and sending others to the hospital. The fire chief confirms a man w... 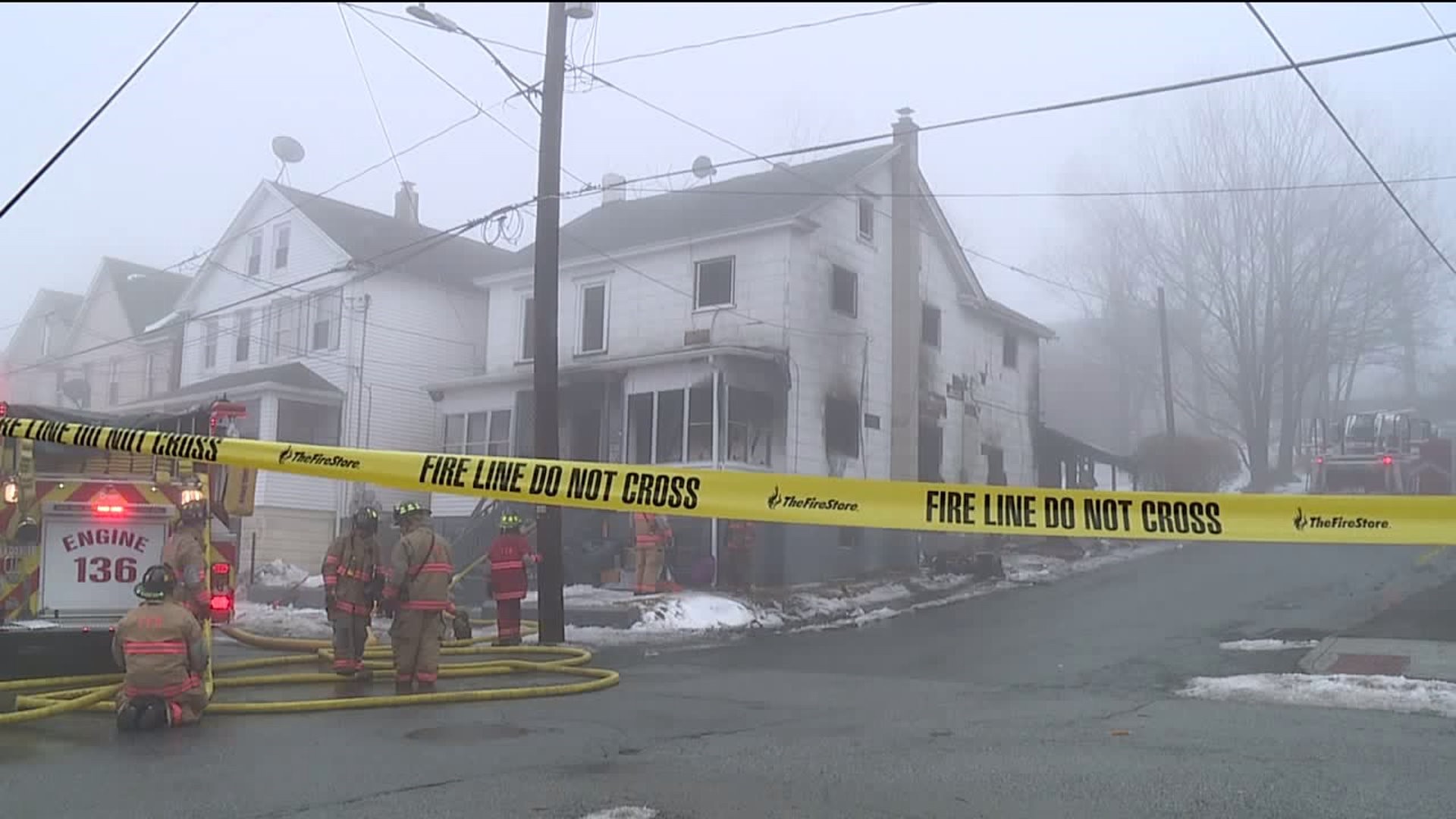 FREELAND, Pa. -- Flames ripped through a home in Luzerne County leaving one person dead and sending others to the hospital.

The fire chief confirms a man who lived there did not make it out alive, and two firefighters were hurt trying to rescue him.

Fire crews were called to a home on Ridge Street in Freeland around 7 a.m. Sunday. Flames were shooting from the double-block home. Crews from all over rushed to put out the flames but soon found out someone was still trapped inside.

"When we arrived, we found heavy fire in the rear of the building. That really restricted us from gaining access faster than we could for that to try to make the rescue of the victim," said Freeland Fire Chief Joe Stepansky.

The Luzerne County coroner's office confirms Kenneth Stankiewicz, 68, who lived there with his family, didn't make it out despite efforts to save him. Now, his family and their neighbors will need to find new homes.

For now, the American Red Cross is helping those victims.

The fire chief says three others who called this place home were sent to the hospital with breathing issues but are expected to be OK.

Crews continued to put out hot spots hours after the flames were under control. The fire chief tells Newswatch 16 three firefighters were hurt.

"We had a mayday with firefighters down inside trying to make the rescue. It was unfortunate that we had to go in and get them. One has broken ribs and the other got checked out by EMS," said Stepansky.

Officials say the freezing temperatures made it difficult for crews.

Neighbors hope to help the fire victims who lost so much including a loved one.

"Everybody just has to come together and show support for the town and the people in it. And it's not fair that innocent people have to deal with a tragedy like this because at the end of the day, now they have nothing, and it's not fair, and it's hard," Zeoli added.

Officials tell us the double block home is a total loss. There is no word if it will have to be torn down.

A state police fire marshal will look for the cause, but right now, the fire chief tells us it does not appear to be suspicious.