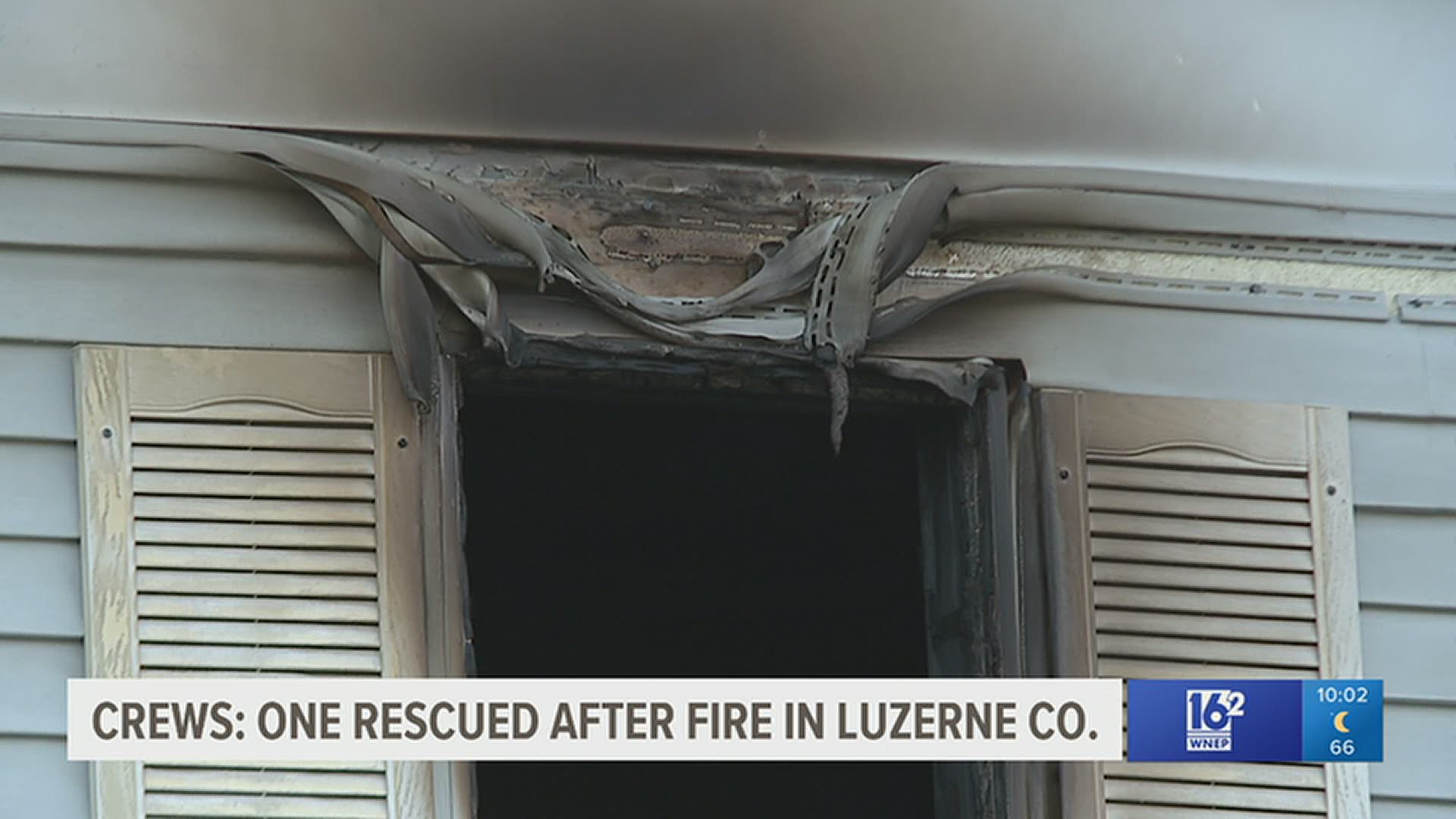 LUZERNE, Pa. — A woman had to be rescued by firefighters Wednesday after her home went up in flames in Luzerne County.

Officials say the fire broke out at the home along Walnut Street in Luzerne around 6 p.m.

A man made it out safely, but a bedridden woman had to be rescued.

Fire crews say she has minor heat exhaustion but is expected to be okay.