UPDATE: The Luzerne County coroner has just confirmed to Newswatch 16 that someone died as a result of the fire. He would not say who was killed, but we do know...

UPDATE: The Luzerne County coroner has just confirmed to Newswatch 16 that someone died as a result of the fire. He would not say who was killed, but we do know only a child was injured and taken to a hospital. 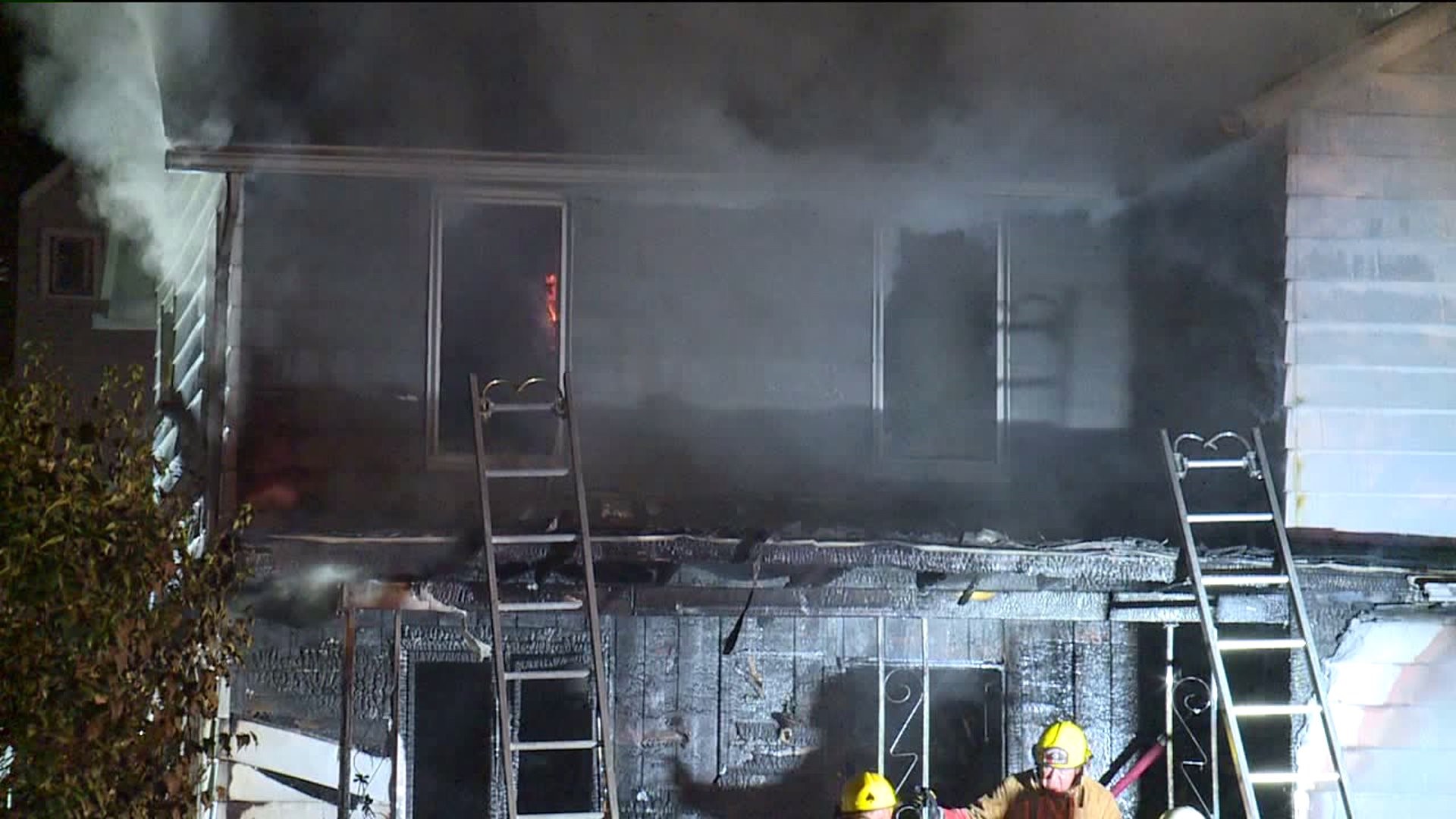 PITTSTON, Pa. -- State police searched inside and outside a house Wood Street in Pittston early Tuesday morning, searching for answers.

"I heard some noises outside. I thought it was just someone messing around. I heard some beeping. I look out the window, and I see a truck here, hoses all over, people running all over the place," said neighbor John Walton.

Pittston's fire chief said six people were inside the house and five got out OK.

A boy was pulled from a second-floor window by fire crews, put into an ambulance, and rushed to a hospital.

It was emotional for firefighters and neighbors who watched, including one woman who did not want to be identified.

"They said there might be a possible entrapment and that's when they brought the little boy out. I cried. I cried. I still haven't slept. It's just like my own kids. Green shirt, black shorts, black hair," she said.

Pittston's fire chief said responding to calls like this one is one of the hardest things firefighters have to do.

"It's heavy on everybody, yeah. Whenever you hear entrapment it always sends the adrenaline rushing, and you try to do your best as quickly and efficiently as possible," said Chief Jim Rooney.

The chief said there are crisis teams to help firefighters who may need to speak with someone after the blaze in Pittston.

"They're really nice people, you know? They're always in the backyard hanging out and always had people coming in and out. They're really nice. They'd play with my kid, let them play with the trucks in their yard and everything, so it's a shame," said Walton.

The home is destroyed.

State police fire marshals are investigating the cause of Tuesday morning's fire.