Crestwood Students Heading Back To School

WRIGHT TOWNSHIP, Pa. — Parents, teachers, and students head to school in the Crestwood School District on Tuesday. They were supposed to begin last week b... 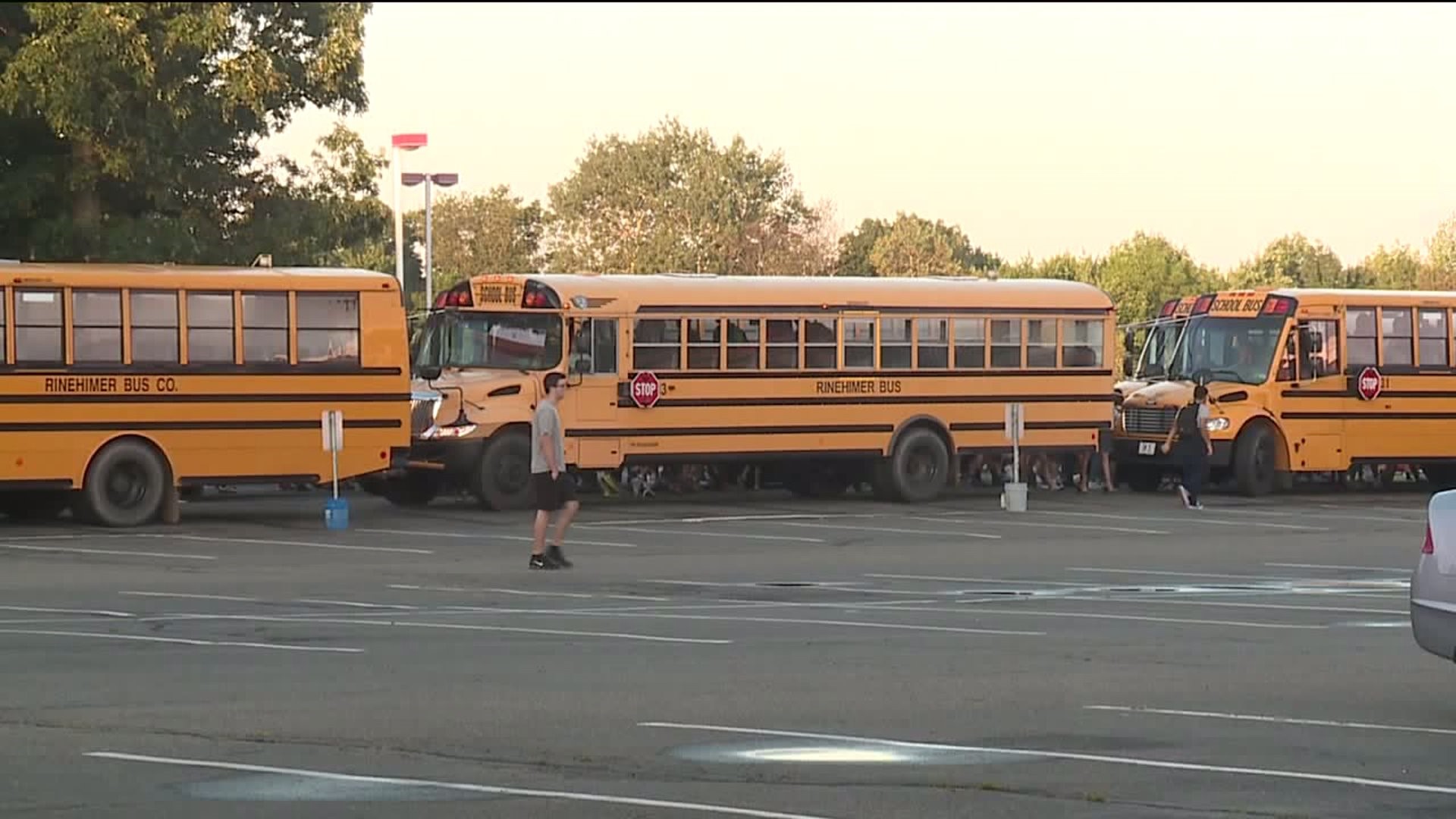 WRIGHT TOWNSHIP, Pa. -- Parents, teachers, and students head to school in the Crestwood School District on Tuesday. They were supposed to begin last week but that was delayed.

There was controversy over bus routes, the ages of students on those buses, and other issues.

"Just crazy because they got that new Davis bus and it just, ended the lawsuit with Crestwood, I mean with Rinheimer," said student Luke Lysiak.

At a special meeting Friday, school board members voted to dump G. Davis as a bus company and go back to Rinehimer, the company the district used until state officials discovered last year that some drivers had expired clearances.

Rinehimer sued the district for ending that contract but that lawsuit is dropped.

The district now plans to sue G. Davis for breach of contract.

"It's a relief, it's a relief," said acting superintendent Joseph Rasmus. "It's been a rather tumultuous start to our school year. We recognize that our start may have caused an inconvenience to some parents. It was our goal to ensure student safety and have a good start and I'm glad to report it's an excellent start to the first day of school."

To make up for last week's lost time, school leaders added a few days to the school year in June.

Classes are now scheduled to go through June 5.

"It's crazy," said student Lee Lysiak "I was kind of shocked when the whole bus situation went down and we were like 'oh, wait!" We have a whole week off of school. You know, it's kind of shocking, but I'm just happy to be back in school, get this year started."

While some parents have complained about the controversy, lack of communication, all the last-minute changes, district officials say they're hopeful they can move on and put all of this behind them.