Crackdown in Hazleton on Illegal Dumpers

HAZLETON, Pa. — The city of Hazleton is cracking down on property owners it says has allowed for illegal dumping near a busy shopping area. Old tires, con... 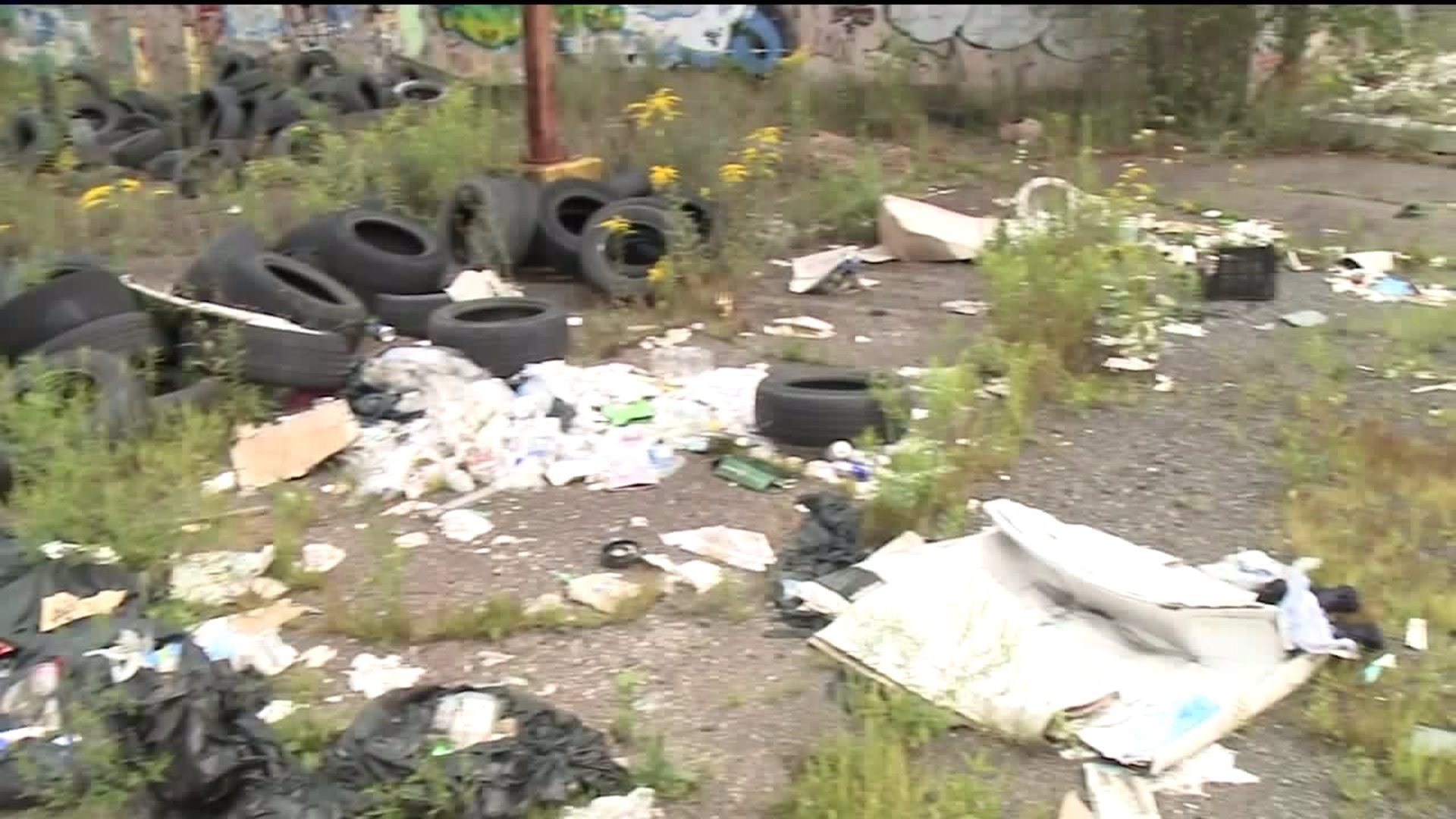 HAZLETON, Pa. -- The city of Hazleton is cracking down on property owners it says has allowed for illegal dumping near a busy shopping area.

Old tires, construction materials, and household garbage are all being dumped in a few areas behind a busy retail area on West Broad Street in Hazleton, and it's cause for concern for local business owners.

"It looks not too good for us. People won't feel comfortable coming to shop here," said Joel Fuentes.

"We have a lot of illegal dumping going on, not that this is the only place that it's happening in Hazleton, but if you look around this place, there is a ton of garbage that shouldn't be here," said code enforcement officer Nadine Sist.

"We cited them for 10 violations. That's about $500 a violation, so we're talking about $5,000, so it's a significant amount of money to come clean it up. All we're asking is to clean it up and fix the building," said code supervisor Charles Pedri.

City code enforcement tells us besides all the trash outside, the insides of the buildings are also an issue.

"You have people that are going in, not only vagrants, but there's a lot of drug users that come through the area, so the whole second floor of that property is filled with heroin packets," Sist said.

People who work for the city of Hazleton tell Newswatch 16 they are trying to bring more business to the area, but sites like this behind retail shopping centers are making it difficult.

"Our dream is to take that away. Somebody has to do something, and I'm very happy that the community is getting together and doing something about it," Joel said.

Code officials have been in touch with the Department of Environmental Protection for the hazards they have encountered on these sites. The code supervisors tell us he is in touch with the property owners who live out of town and they are being cooperative.