ROSS TOWNSHIP — An early morning crash left three cows dead and injured a driver in Luzerne County. It happened after cows wandered away from the farm and... 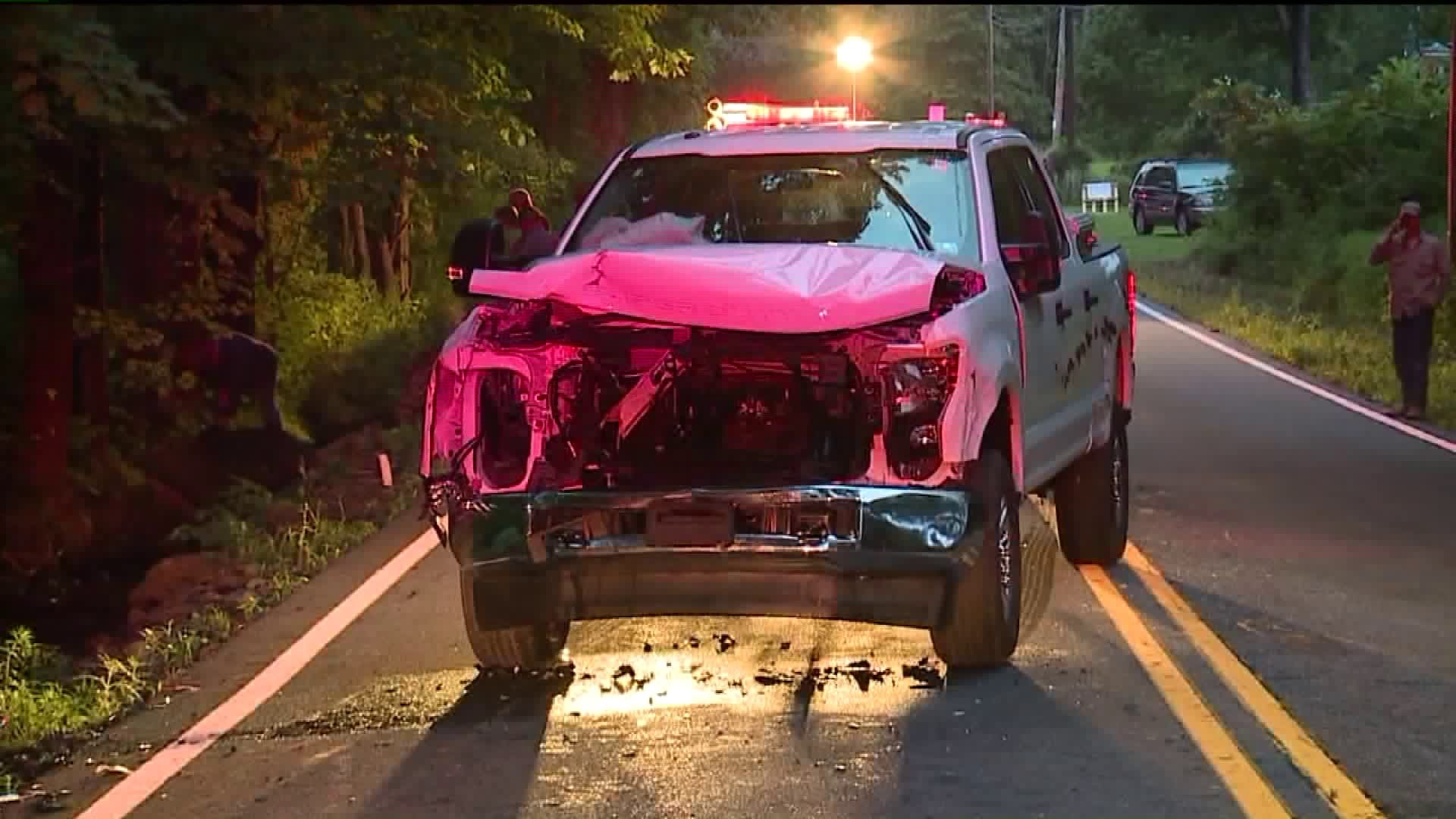 It happened after cows wandered away from the farm and into the road.

Mark Verbyla and his wife Gail were shocked when they saw their cattle lying on the road.

The farm has been there since the 1930s and nothing like this has ever happened.

After wandering on the road, four of their cows ended up being struck by a pickup truck in Luzerne County. Despite some lacerations on her face, one cow is expected to be OK

The other three cows died at the scene.

The crash happened around 6 a.m. Friday along Mooretown Road near Harveys Lake.

"Sure enough, there were two dead cows on the road and we went down there and the only thing I could do was scoop them off the road to keep traffic moving," said Mark Verbyla.

Verbyla tells Newswatch 16 the cattle made their way through a broken fence when a pickup truck crashed into them.

He believes two were struck and killed by the moving truck. One later died from injuries.

The driver was taken to the hospital to be checked out.

The Verbyla family's cows were used mostly for 4H projects.

"It is a sad thing to lose them and it's a disappointment that we lost them but we move on just like if your neighbor dies there's nothing you can do about it. You can't bring them back."

State police say the crash is still under investigation.