HAZLETON, Pa. — A couple suspected of stealing three cars was arrested on Christmas Eve after leading police on a chase in Luzerne County. Ryan Durland, 2... 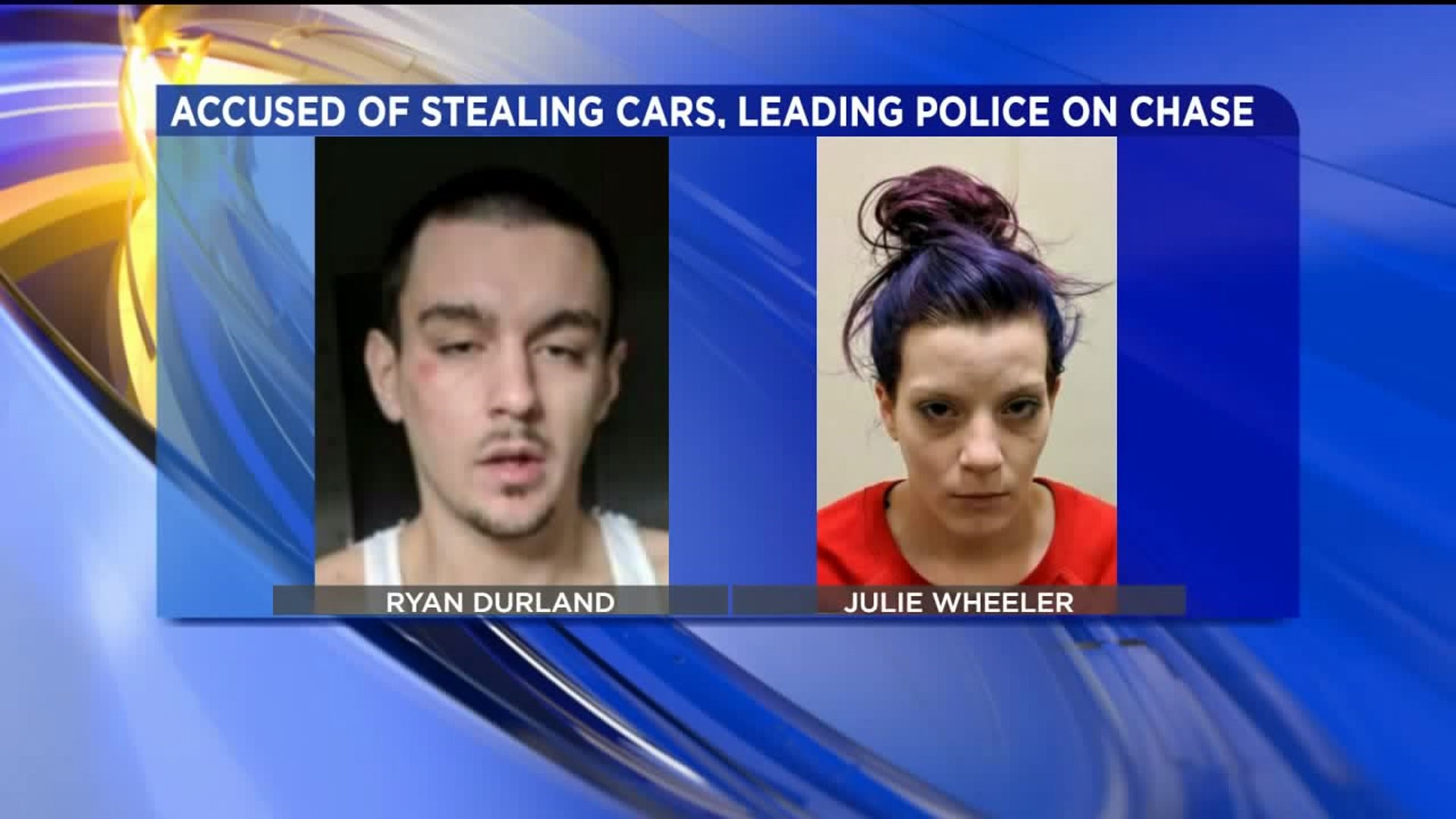 HAZLETON, Pa. -- A couple suspected of stealing three cars was arrested on Christmas Eve after leading police on a chase in Luzerne County.

Ryan Durland, 20, and Julie Wheeler, 24, were arrested around 6 p.m. Monday outside their home on South Broad Street in West Hazleton.

Police accuse the pair of stealing three vehicles and leading police on a chase that hit speeds of more than 100 miles an hour.

According to Hazleton police, the first theft happened on the afternoon of December 11* on North Vine Street in the city.  A man told police he started his car to let it warm up, and when he checked on it after a few minutes, it was gone. Police were able to find the car but no one was in it.

The second theft happened around 12:30 p.m. Monday along West 1st Street in Hazleton. A man told police he was warming up his car when a man and woman got inside and drove off. Police say surveillance video helped them identify Ryan Durland as a suspect.

Police found that car at Walmart in Hometown as they were investigating reports of a Honda CRV that had been stolen from the store's parking lot.

Around 4:30 p.m. on Christmas Eve, police spotted the stolen CRV driving along West 15th Street in Hazleton. They say Durland and Wheeler were in the car. Police gave chase. They say Durland blew through several stop signs and even tried to hit a Hazleton police car. Police say Durland hit speeds of up to 110 miles an hour before officers lost sight of the vehicle. Officers eventually found the vehicle on Sherman Court, where it had crashed into a utility pole.

About an hour later, police were able to arrest Durland and Wheeler outside their home in West Hazleton.

Durland faces charges including aggravated assault on a police officer. Wheeler is charged with conspiracy.

*Hazleton Police initially provided an incorrect date for the theft of the car on North Vine Street. They now say the crime happened on December 11.