PITTSTON — Charges have been filed against a couple from Luzerne County, accused of stealing from a youth soccer organization. Kathryn Koch was the presid... 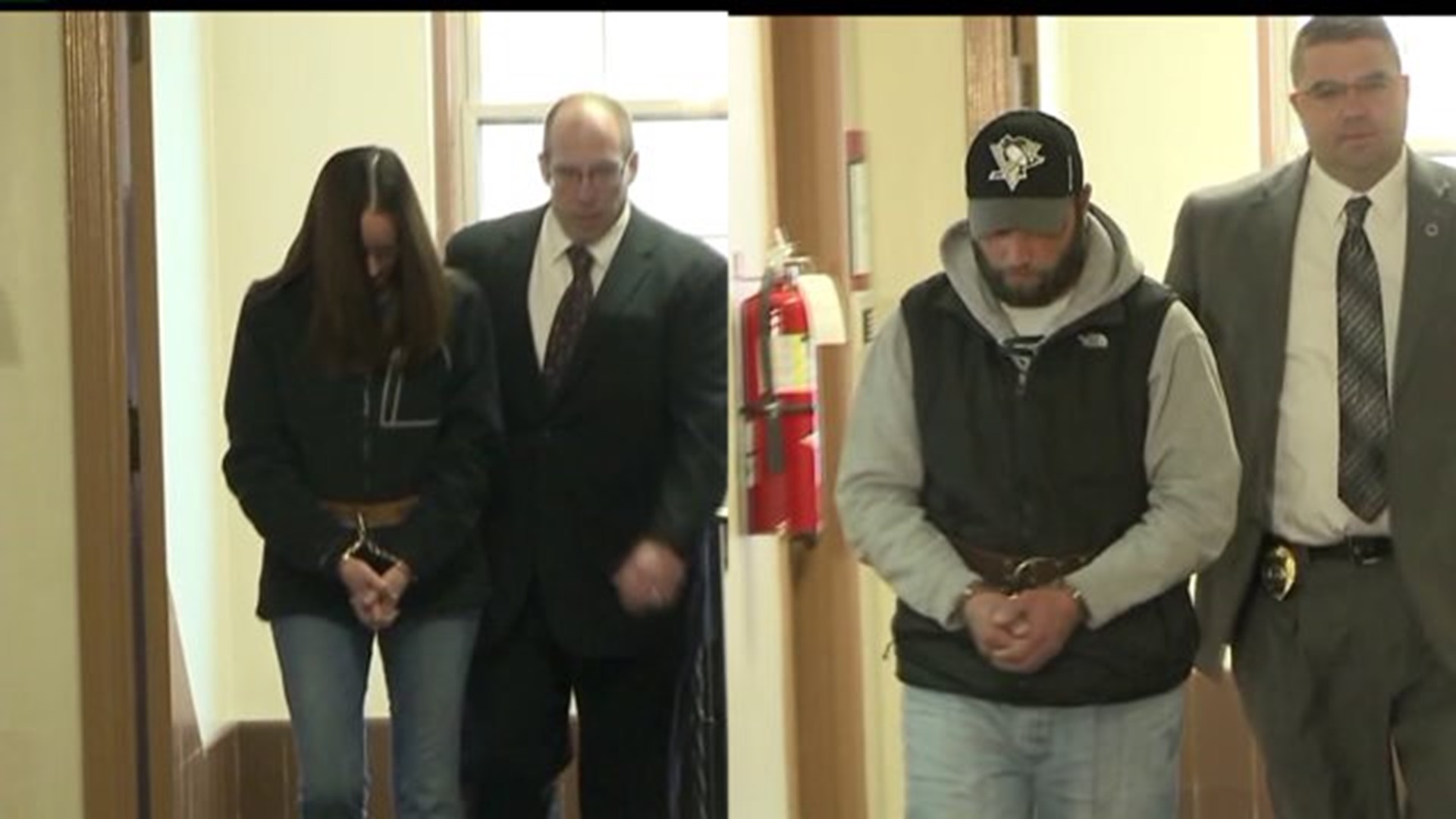 PITTSTON -- Charges have been filed against a couple from Luzerne County, accused of stealing from a youth soccer organization.

Kathryn Koch was the president of the Greater Pittston Stoner Youth Soccer Association.

Her husband Edward Koch served as treasurer for a year.

Both were accused of forging checks and stealing tens of thousands of dollars from the youth soccer program.

Kathryn and Edward Koch of Exeter had nothing to say as they walked, handcuffed, into a district courtroom in Pittston. They are charged with stealing more than $40,000 from the Greater Pittston Stoner Youth Soccer Association.

Court documents show dozens of checks written during the 2013 and 2014 season that were used to pay the couple's personal bills and even for their vacation.

William Wolfe took over as president of Stoner Youth Soccer after the Kochs. He says the misappropriated money nearly wiped out the association.

"There was definitely a chance, that with the negative debt that we had to acquire, that if weren't able to dig out of the hole, there was a chance that the Pittston Stoners may have no longer existed," said Wolfe.

Wolfe says the tens of thousands of dollars alleged stolen by the Kochs should've been used to improve conditions at some of their fields.

"Our field conditions were very poor. The nets, even the nets behind us, they are ripped. They're torn. The fields were noticeably not taken care of."

Ralph Edwards lives in Pittston and says he's not shocked that a president and treasurer of an organization like the youth soccer association would be accused of stealing.

"As far as anybody stealing or crimes being committed against youth organizations, for this area, I am sad to say, that is not unusual," Edwards said.

He thinks the penalty should be stiffer for those who steal from programs that benefit kids.

"Unless the crimes are punished, and not mediated by legal constraints, this will keep on going."

The couple was released on bail. They face two felony charges of theft and forgery.