Coughlin Football Team Takes the Field for Its Final Crusade

WILKES-BARRE, Pa. — The Coughlin Crusaders took to the field Friday night for a final home game as the Wilkes-Barre Area School District plans to merge al... 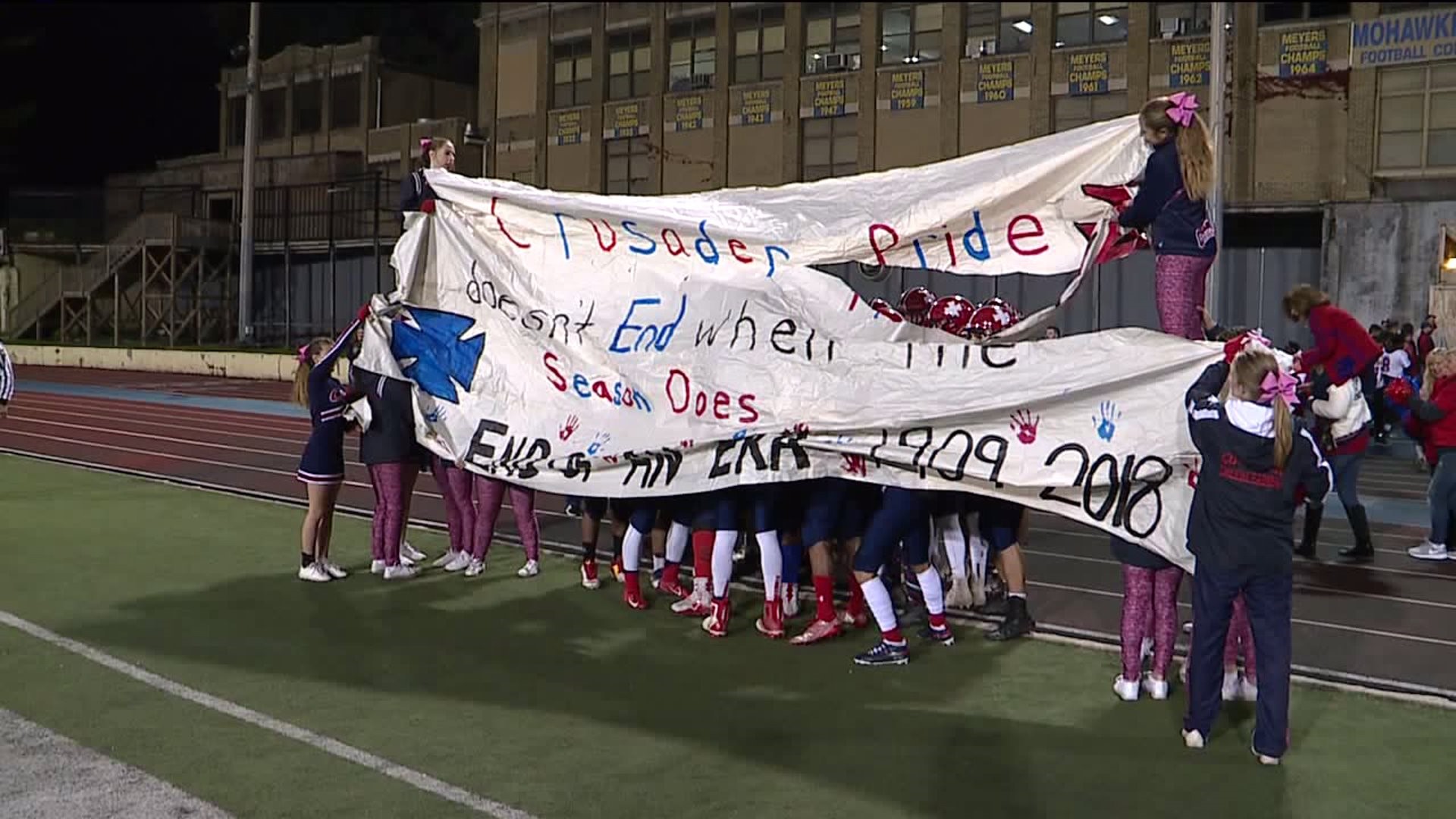 WILKES-BARRE, Pa. -- The Coughlin Crusaders took to the field Friday night for a final home game as the Wilkes-Barre Area School District plans to merge all three of its high schools.

The fan frenzy for the Coughlin High School Football team was high at Wilkes-Barre Memorial stadium as this is quite likely the last game the team will play as the Crusaders.

Coughlin's Friday night match against Berwick drew a large crowd as fans took this as a chance to say goodbye.

Many in attendance are graduates of Coughlin and former players

“Myself on the team last year,” said Corey Harrison, also a 2018 graduate. “Being the 7th seed, defeating Dallas, the number two seed and then just seeing this all come to end. It's sad.”

“I`ve been here 45 years between being a manager and a player, assistant coach and a head coach,” said Cinti. “It didn't hit me all year until this week with the finale of it and it's emotional.”

While people say they are sad to see their school go, they are interested in seeing just what type of new school community the three schools will create together.

“You know, no rivalry and all have to play as one and not just three separate schools in one district,” said Kaitlyn Rakowski, a 2012 Coughlin graduate.

“They're going to have to learn to work with each other and hopefully become good teammates good friends, get along and have great success on the field,” said Harrison.

For now though, Coughlin fans sat back and enjoyed watching their team take their final crusade.