A new place to get tested for the COVID-19 virus is coming to our area. 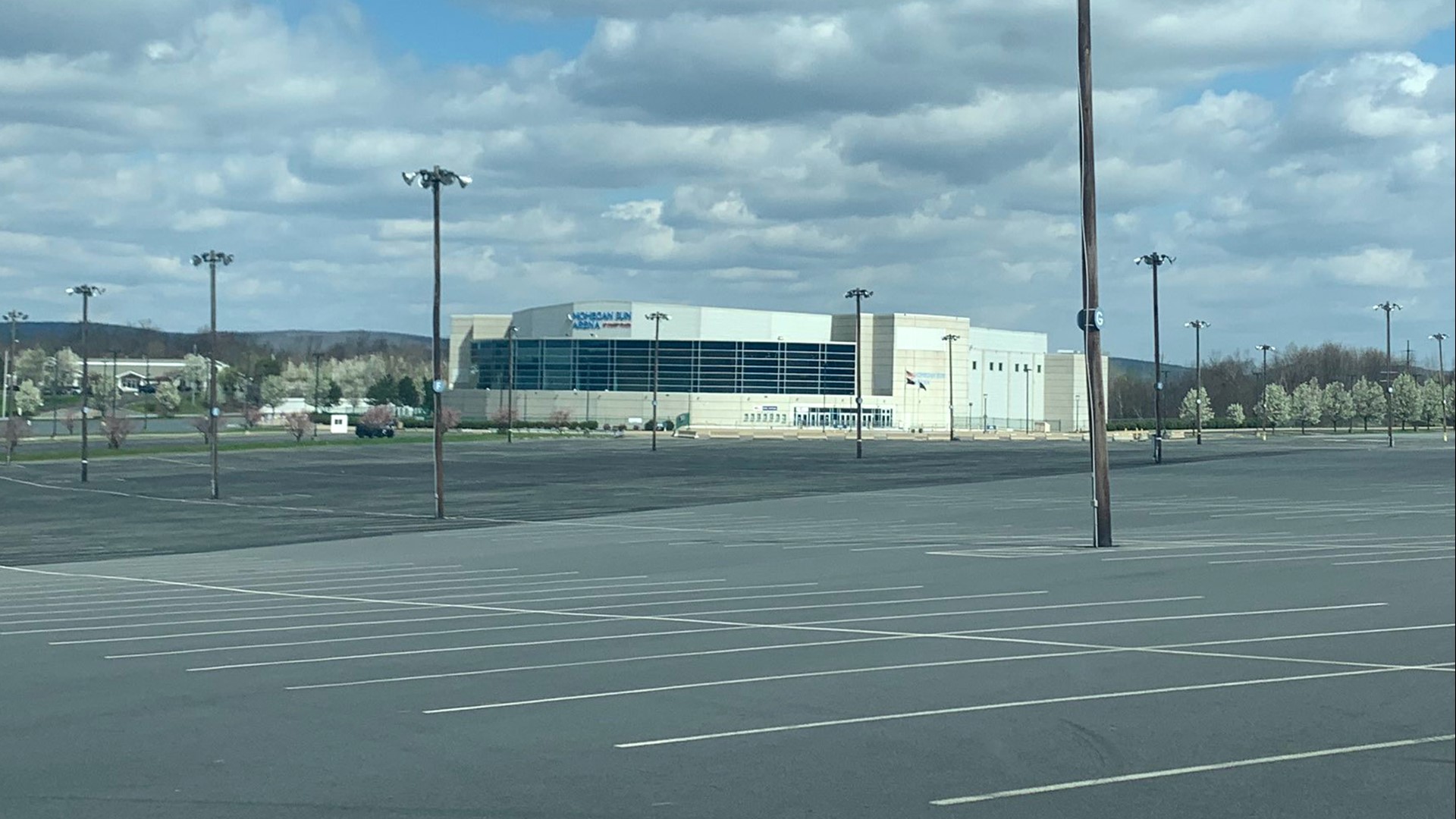 WILKES-BARRE TOWNSHIP, Pa. — A mass testing site for COVID-19 will open this weekend in Luzerne County at the Mohegan Sun Arena in Wilkes-Barre Township.

According to State Senator John Yudichak's office, patients will need to pre-register to get tested, and the site will be open to people all over northeastern and central Pennsylvania.

Officials with Wilkes-Barre Township say the decision to open the site in this spot comes from PEMA and the Pennsylvania Department of Health.

Local officials say they were not consulted before the decision and do not think it's a good idea, but the state hopes this will help get many more people in northeastern Pennsylvania tested.

"Why move the testing to the area that thousands of people utilize on a daily basis?" asked township administrator Michael Revitt. "A lot of people coming from areas that maybe do not have the same shopping opportunities will more than likely take this opportunity to stop into these stores."

Revitt says his big concern is the wellbeing of essential business workers around the arena. He fears those going for testing may stop to shop.

"These are retail outlets that thousands of people in the Wyoming Valley depend upon to obtain their everyday necessities. If there's an infection in these stores and they have to shut down, what do the residents of the Wyoming Valley do then?" Revitt said.

"It doesn't make sense to bring contaminated people here. I think time will tell if we end up with an epidemic here in the township or this area, I think we can thank PEMA and the Department of Health for their poor judgment on this issue," added township Zoning Officer Thomas Zedolik.

Revitt says he has brought his concerns to the Department of Health and also suggested that it use Pocono Raceway as an alternative for a testing site, but he says he's received little to no response.

"You could set up pit road as testing stations, just like NASCAR and IndyCars sets up its stalls. Helicopters could even use the facility if needed. It's a rural area, there's no retail outlets in the general vicinity, five minutes off of (Interstate) 80."